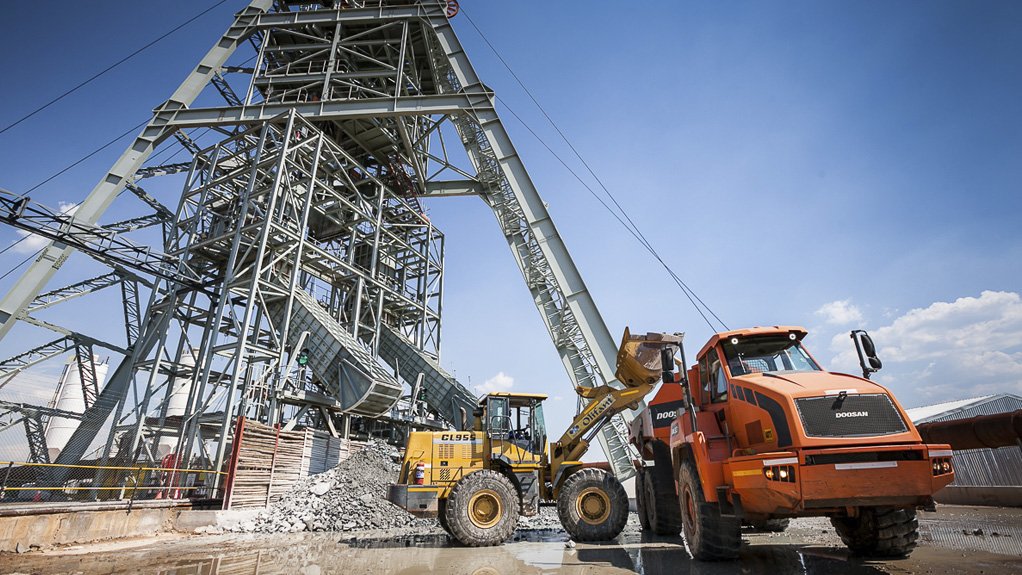 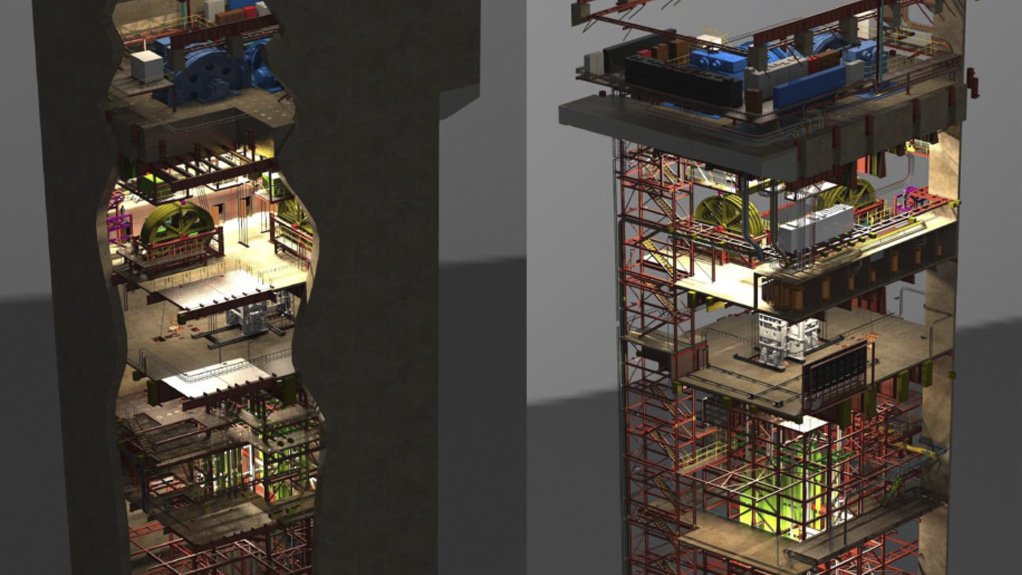 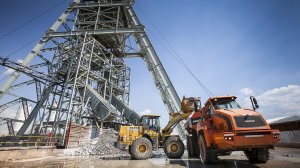 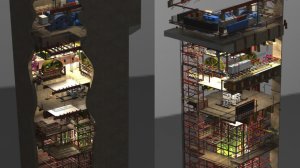 The sinking of Shaft 1 at the Platreef platinum- palladium-gold-nickel- copper project, in Limpopo, South Africa, has reached a depth of more than 283 m below surface, 697 m away from its target depth.

Proceeding at an average rate of about 45 m a month, the shaft, with an internal diameter of 7.25 m, is expected to reach the Flatreef deposit at a depth of 777 m below surface in 2018, according to Africa-focused project developer Ivanhoe Mines’ March 28 statement on its 2016 year-end results and review of operations.

Ivanhoe points out that sinking will continue to a planned final depth of 980 m below surface. Development work will include four shaft stations at depths of 450 m, 750 m, 850 m and 950 m below surface.

“Following the successful commissioning of the stage and kibble winders and ancillary equipment, the permanent sinking phase started in July 2016. The initial sinking phase was completed to 107 m below surface, whereafter the main sinking phase started. The shaft includes a 300 m concrete lining to prevent loose rock from falling into the shaft.”

Shaft 1 will provide development access into the Platreef deposit while Shaft 2 is being developed.

The design has been completed for Platreef’s Shaft 2, which will have a total hoisting capacity of six-million tonnes a year and an internal diameter of 10 m. Construction of the boxcut for Shaft 2 is expected to begin in the second quarter of this year. When completed, Shaft 2 will be the main production shaft at the Platreef mine owned by Ivanplats, which is 64%-owned by Ivanhoe and 26% by the Ivanplats’ broad-based black economic-empowerment partners. A Japanese consortium holds the remaining 10%.

On February 24, the five-million-volt-ampere power line connecting the Platreef site to the South African national grid was energised and is now supplying electricity to the project for shaft sinking and construction activities. The new line, a collaboration between Platreef, government and local authorities, is also providing energy to the neighbouring community of Mzombane, which was previously without electricity.

The feasibility study for the first phase of the underground mine development at Platreef, which is being finalised by engineering consultant DRA Global, is expected to be completed in the second quarter of this year.

Ivanhoe points out that its three projects, the Platreef project, the Kamoa-Kakula project and the Kipushi project, achieved a combined 10.98-million lost time injury-free (LTIF) work hours by the end of 2016. Ivanhoe recorded 25 973 LTIF hours at Platreef, 4.94-million hours at Kipushi and 6.01-million hours at Kamoa-Kakula.

The Platreef project has an underground deposit of thick, platinum-group metals, nickel, copper and gold mineralisation in the northern limb of the Bushveld Igneous Complex, about 280 km north-east of Johannesburg and 8 km from the town of Mokopane.