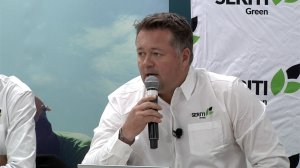 Black-owned coal miner Seriti Resources says the R892-million acquisition of a majority stake in Windlab Africa’s wind and solar assets represents a significant landmark in the company’s ambition to become a diversified energy business, as well as in reducing its own carbon emissions.

Through the transaction, which is expected to close in early 2023 once Competition Commission and South African Reserve Bank approvals have been secured, Seriti Resources’ recently-established Seriti Green subsidiary will acquire a 51% controlling interest in Windlab Africa.

Windlab Africa, which owns Windlab South Africa and 75% of Windlab East Africa, is currently overseeing a 3.5 GW portfolio of renewable-energy projects at different stages of development, including a 450 MW pipeline in the Mpumalanga province, where several Seriti mines are located.

Seriti Resources CEO Mike Teke describes the acquisition as a timely and strategic addition to the group’s portfolio of coal assets, which include the New Vaal, New Denmark, Kriel, Khutala, Klipspruit and Middelburg Mine Services operations, as well as the New Largo mine under development.

The operations, which were acquired from Anglo American and South32, supply several Eskom coal stations and also export coal through the Richards Bay Coal Terminal.

Teke says Seriti’s commitment to the responsible and reliable production of coal for both domestic consumption and export remains unwavering. However, the company is conscious of the impact that fossil fuels have on the environment and is, thus, committed to playing an active role in helping manage the just transition to a low-carbon economy.

“The introduction of renewable energy into Seriti’s existing portfolio of high-quality coal assets will provide long-term financial stability and diversification whilst embracing alternative energy sources and helping to secure the country’s power needs.”

Seriti uses 750 GWh of electricity in the process of mining and in October last year it signed an agreement with Eskom and Exxaro outlining its commitment to start using wind and solar energy at its own facilities from 2023.

“We need to be moving towards a lower-carbon future through investing capital from coal into green energy.

“It is not only the right thing to do, but it makes business and societal sense,” Teke says.

Venn reports that, once the transaction is completed, Seriti Green will be seeking to build 1 GW of capacity across the country as quickly as possible and that he expects work on a 450 MW, R12-billion, Mpumalanga wind farm to begin in the first half of 2023.

Seriti CFO Doug Gain reports that Seriti Coal is likely to contract 150 MW of the initial 450 MW to be developed and that its models point to material electricity cost savings relative to the Eskom Megaflex tariff, which continues to rise.

The initial wind project will be developed on grid-ready land that is not owned by Seriti, which plans to begin permitting, in parallel, its own properties for the future roll-out of wind, solar and battery storage assets.

“With African ownership and local capital, the business will now be able to accelerate the development of its significant pipeline to assist in alleviating the electricity shortages on the African continent,” Windlab CEO John Martin asserts.

Prior to the proposed transaction, Windlab only developed South Africa renewables projects, and did not take ownership, as its parent company currently does in Australia.

Under the new umbrella, however, the ambition is for Seriti Green to build and own the projects and for the company to implement a 3 GW South Africa portfolio by 2030, which would entail an investment of about R75-billion.

Venn says the recent lifting by President Cyril Ramaphosa of the 100 MW licence-exemption cap on distributed generation projects will assist it in pursuing larger projects, including the 450 MW portfolio planned for Mpumalanga.

He describes the Mpumalanga wind project as competitive with any other wind project being pursued nationally, including in the wind-rich, but grid-constrained Cape provinces.

Such competitiveness is attributed not only to the grid-access available in the province, but also to the fact that new wind turbines are 150 m tall with 100 m blades, which allows them to capture far more energy than was possible with previous-generation turbines. The competitiveness of Mpumalanga projects is typically enhanced even further by their proximity to good logistics infrastructure.

Gain says it is premature to indicate what the electricity potential is for Seriti’s properties, but he confirms that the company is keen to not only secure the necessary permits for electricity generation, but to pursue a combination of wind, solar and battery storage projects.

At a later stage, it could also seek to add green hydrogen to its portfolio.

Over time, Seriti aims to balance its energy and coal revenues and earnings, which will remain heavily weighted towards coal for some time given that the group sells 50-million tons of the energy mineral yearly, mostly to Eskom.

Gain says that, despite “roaring” coal prices currently as a consequence of Russia’s invasion of Ukraine, Seriti does not anticipate any weakening in the long-term “headwinds” confronting thermal coal as the world seeks to transition away from fossil fuels.

“So, as a responsible business, we felt it opportune to start making decisions now that ultimately plan for our medium- to long-term sustainability.

In the short term, however, Seriti is hoping to bolster its coal exports by securing a new rail deal with Transnet Freight Rail (TFR), whose current underperformance has been blamed for the fact that domestic coal miners are not able to take full advantage of the super-cycle conditions.

Seriti is also considering the prospect of private rail, but says this will hinge on TFR opening its heavy-haul lines to third parties and not only the general freight lines.