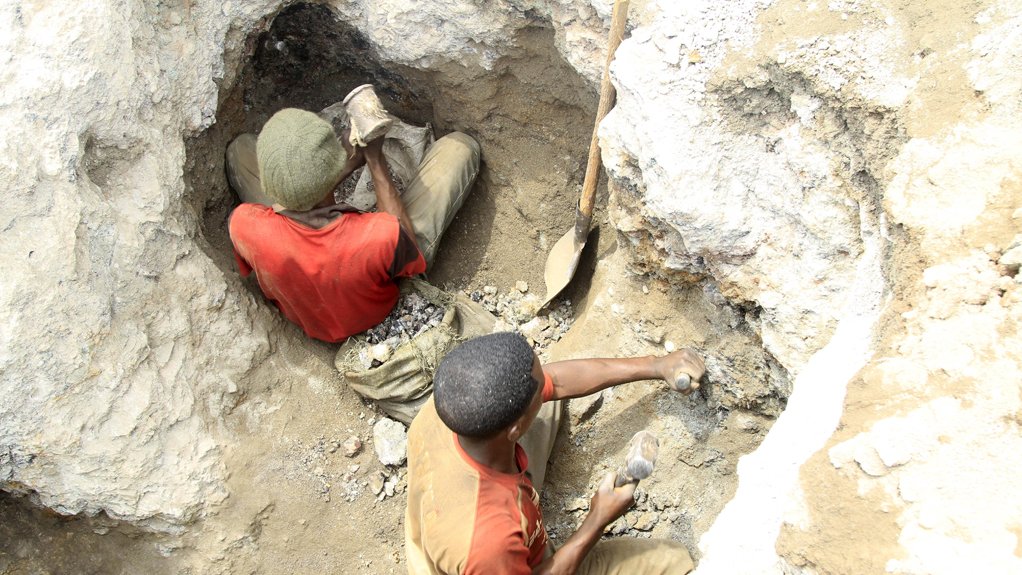 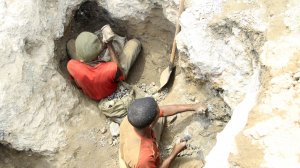 Photo by Reuters
Artisanal cobalt miners in the DRC

TORONTO (miningweekly.com) – A report released this week by advocacy group Amnesty International has revealed human rights abuses by one of the world’s largest cobalt producers in the Democratic Republic of Congo (DRC), which raises the possibility of accelerating a looming supply gap.

The report, 'This is what we die for: Human rights abuses in the Democratic Republic of the Congo power the global trade in cobalt', also implicated several multinational companies in not doing enough due diligence on their supply chains and allowing so-called ‘conflict minerals’ into their products as a result.

Part Chinese government-owned Zhejiang Huayou Cobalt was fingered for selling cobalt – sourced from artisanal miners that use child labour in the DRC – into significant battery production facilities in China, Japan and South Korea, from where the batteries were traced into the supply chains of multinational technology and auto companies including Apple, Samsung, Sony and Volkswagen, among others.

Of about 16 multinational consumer brands outlined as either direct or indirect customers, none were said to have traced how they sourced their cobalt.

The United Nations Children's Fund had estimated in 2014 that about 40 000 children worked in mines in the war-torn DRC – a State faulted for violating various international treaties and laws that protect human rights.

Artisanal mining had long been a significant issue in the DRC and resulted in the introduction of Section 1502 of the Dodd-Frank Wall Street Reform and Consumer Protection Act in the US in 2010, in an attempt to force greater scrutiny of supply chains.

Companies operating in the US were required to provide clear pathways to the sources of minerals such as tantalum, tin, tungsten and gold used in their supply chains. However, cobalt was not included in the legislation as a conflict mineral.

SUPPLY CHAIN CUSTODY
In highlighting a complex human rights issue, as many artisanal miners in the DRC depended on mining for their livelihood but were also subject to great health risks and abuse, the Amnesty report recommended increased supply chain transparency and made other recommendations around environmental, safety and social issues.

The DRC produced about 61% of cobalt output globally. However, a renewed focus on the human rights issues of artisanal cobalt in the DRC could reduce the supply of this material by about 12%, according to Canadian project developer Fortune Minerals.

Fortune investor relations manager Troy Nazarewicz pointed out to Mining Weekly Online that the cobalt market continued to expand at a compound annual growth rate of about 6% and there were, in his view, many opportunities for responsible sources of supply, including more regulated artisanal supply as well as production from more established producers in developed jurisdictions such as Canada, including its flagship Nico project.

Renewed scrutiny of cobalt supply chains could spur investors to support new projects that were trying to secure financing in the difficult market environment.

One such shovel-ready project was Fortune’s Nico cobalt/gold/bismuth/copper project, located in the Northwest Territories, a proposed vertically integrated operation comprising a mine and mill that would produce a bulk concentrate for shipment to a refinery that the company planned to build in Saskatchewan, for processing the concentrate to higher-value metals and chemicals.

“As such, there is a very clear path for the supply chain custody of the raw materials at the mine, right through to the production of cobalt sulphate at the plant in Saskatchewan. The transparency of Fortune’s planned production is in sharp contrast to the opaque nature of the sources noted in the Amnesty International report,” Nazarewicz stated.

Operating in Canada, the mine and refinery would be subject to rigorous Canadian environmental, labour, social, safety and ethical standards that, among other things, precluded the use of child labour and ensured safe and healthy working conditions. Fortune was also working closely with local aboriginal communities and governments, to ensure that local people benefited from its proposed operations.

“The Nico development is very well positioned as a sustainable North American source of supply of battery-grade cobalt chemicals that are in increasing demand for the manufacture of lithium-ion rechargeable batteries,” he noted.

SUPPLY DEFICIT
While there was vertically integrated cobalt production by Xstrata and Vale from Canadian deposits, Sherritt International refined cobalt in Canada from ores sourced in Cuba and Madagascar.

However, the cobalt market was expected to be in deficit in 2016 or 2017. Demand continued to increase, reflecting the greater use of lithium-ion batteries in portable electronics, electric vehicles, and stationary storage cells to store power produced from intermittent wind and solar sources, or off-peak charging from the electrical grid.

Cobalt is mainly produced as a by-product of copper and nickel mining, however, the substantial decline in the value of these metals had threatened the economic viability of many mines, resulting in a number of closures from mines that also produced cobalt.

Recent examples included the bankruptcy of Australia’s Queensland Nickel and the shutdown of Votorantim, in Brazil, with combined production of 3 500 t/y of cobalt. Last year, Glencore shut down production at Katanga, in the DRC, as well as Mopani, in Zambia, shuttering an additional 3 000 t/y of cobalt. The cobalt market was now about 110 000 t and at 6% annual growth an additional 6 600 t/y of production would be required in 2017 alone, Nazarewicz advised.

Fortune’s primary focus was currently on securing offtake agreements for its products and trying to secure project financing for the development. The mine was otherwise a shovel-ready project, with the completion of the environmental assessments in both the Northwest Territories and Saskatchewan province, as well as receipt of the company’s land use and water licence approvals for the mine and concentrator.

Earlier this month Fortune produced a premium high-purity cobalt sulphate sample from Nico ores for testing by a potential customer; the company continued to advance discussions for offtake agreements for this cobalt product to support project financing.