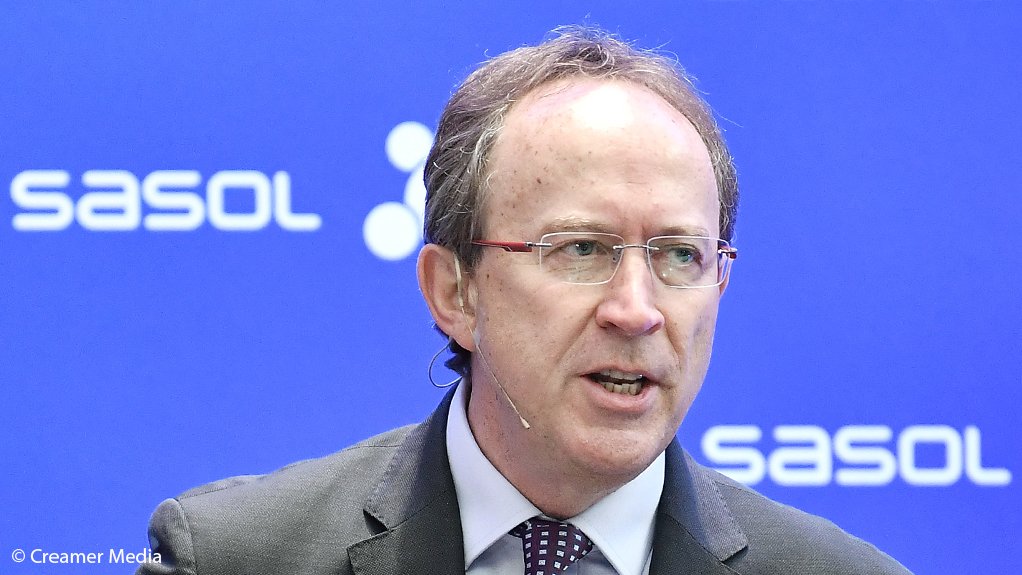 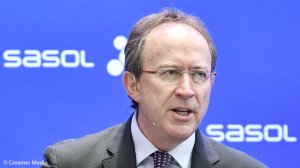 Energy and chemicals group Sasol, which is coming under increasing pressure to reduce its carbon emissions, reports that climate change is now “front and centre” in its unfolding ‘strategic reset’, which will involve a transition away from coal to gas, renewable energy and green hydrogen.

In South Africa, the company converts coal, and some gas, into a range of liquid fuels and chemicals using processes that also emit more than 62-million tons of greenhouse-gas emissions yearly. Its Secunda complex, in Mpumalanga, contributes more than 56-million tons of those yearly emissions alone.

CEO Fleetwood Grobler says the JSE-listed group is firmly committed to reducing its carbon footprint and reports that a new 2050 Roadmap for achieving that ambition will be published at its next capital markets day, which will be held between April and June next year.

The target has been heavily criticised by environmental groups and shareholder activists alike as being both inadequate and lacking ambition.

A coalition of shareholder activists, led by Just Share and the Raith Foundation, recently sought to table a climate-related shareholder resolution for consideration at Sasol’s 2020 annual general meeting (AGM), but was rebuffed. Grobler insists the decision to exclude the resolution was because it was received after Sasol had already printed the AGM notice.

A nonbinding ‘advisory vote’ will, however, be taken at the 2021 AGM and, should more than 25% of shareholders reject Sasol’s climate strategy, the group will re-engage with shareholders on the matter. By then, the 2050 Roadmap will also have been published.

Grobler insists that a “holistic approach” is being taken and that Sasol will be fundamentally reset in the coming year with full recognition that “climate change is the group’s top risk”.

However, he also stresses the need to be “judicious”, arguing that abandoning its foundation businesses too quickly could undermined efforts at ensuring a just transition, whereby “no-one was left behind”. Grobler acknowledges, though, that transforming too slowly carries as many risks as proceeding too fast.

Executive VP for Sasol 2.0 transformation Marius Brand says the transition to a lower-carbon business would focus on securing lower-carbon feedstocks, including natural gas, and implementing a large-scale renewables deployment.

In addition, Sasol sees itself playing a leading role in the development of a green-hydrogen industry in South Africa, part of which could be used to displace the grey hydrogen currently produced from coal and used as a feedstock in the Fischer-Tropsch process to manufacture fuels and chemicals.

Green hydrogen, by contrast, is extracted from water using renewable electricity and electrolysers.

Brand says that producing hydrogen using electrolysers is not yet cost-competitive. However, Sasol is convinced that the ongoing steep declines in the cost of electricity produced from solar and wind, together with the expectation that electrolyser costs will also fall steeply, could alter the equation in future.

He indicates that Sasol is considering pursuing green-hydrogen pilot plants as part of its longer-term goal of transforming its operations and shifting the group’s product portfolio to one more suited to a low-carbon economy.

In the shorter term, Sasol aims to build or procure 600 MW of embedded and distributed renewable energy plants and implement energy efficiency projects to help it reduce its emissions in line with its 2030 carbon-reduction goal. Some of that renewable power could be divert to the production of pilot-scale green hydrogen.

The group anticipates that it will invest some R20-billion between 2025 and 2030 to support these decarbonisation projects.

Grobler reports that it is also intensifying its efforts to secure additional sources of gas from neighbouring Mozambique or elsewhere, to enable it to accelerate its transition away from coal. Gas has a hydrogen content four times that of coal and Sasol already has experience in converting coal-to-liquid plants to gas at Sasolburg.

With its gasfields at Pande and Temane depleting, Sasol is likely to initially seek to increase supply through the importation of liquefied natural gas through Maputo, as that gas could be transported by the existing pipeline infrastructure to South Africa.

Post-2030, however, Sasol will consider making an offtake pledge to any consortium considering developing a new pipeline from the Rovuma basin gasfields in northern Mozambique to South Africa.

The group may even consider a small equity position in such a pipeline, but Grobler insists that it is not planning to be a leading participant.

He says he is aware of the 2 600-km African Renaissance Pipeline Project, but indicates that other consortiums could emerge in future.

“To develop a megaproject like that, which is probably going to involve billions of dollars, there will need to be good definition, good market demand for that build and then there needs to be good project execution,” Grobler says, adding that it will be a highly complex project involving multiple participants and two governments.