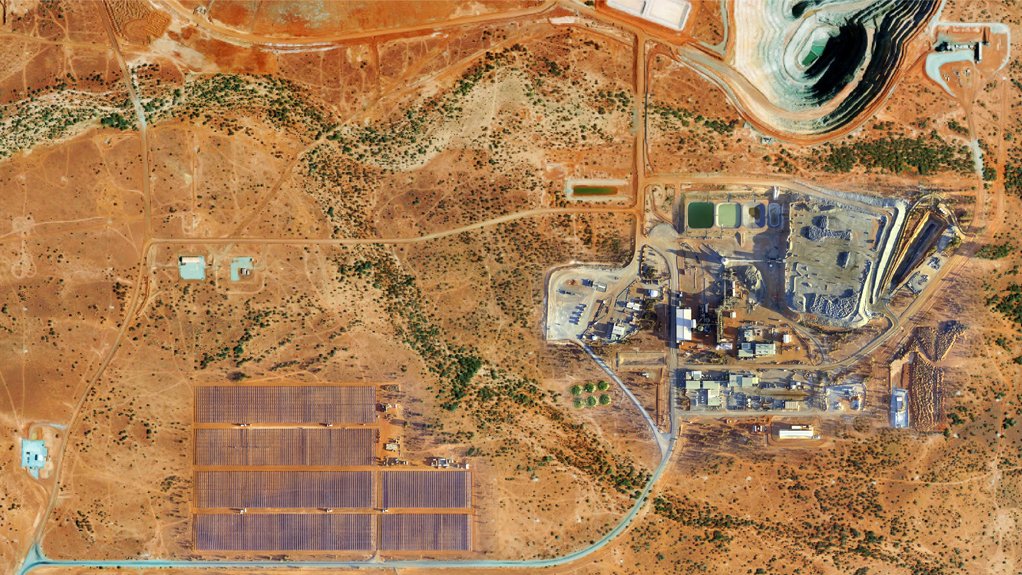 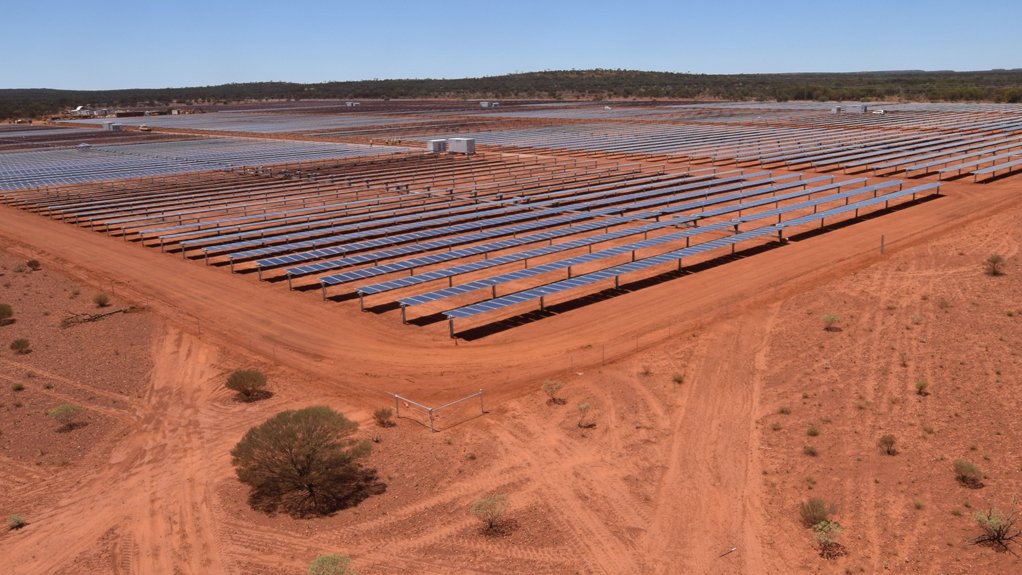 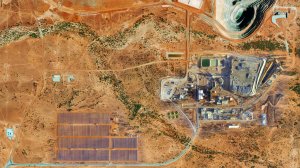 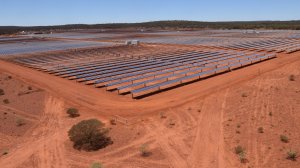 The solar plant is located immediately adjacent to the DeGrussa underground mine and processing plant.
The solar plant comprises 34 080 photovoltaic panels.

JOHANNESBURG (miningweekly.com) – Australia’s largest off-grid solar and battery storage facility has been successfully commissioned and has started providing electricity to the DeGrussa copper and gold mine in Western Australia.

The solar plant, which was located immediately adjacent to Sandfire Resources’ DeGrussa underground mine and processing plant, was currently generating 7 MW of electricity, which consortium members said on Tuesday would ramp up to 10 MW in the summer months.

Testing confirmed that the plant could perform in accordance with contractual specifications and validated the power purchase agreements covering the facility. Continual testing would be completed this month to ensure it could maintain stable operations at 100% generation capacity.

Commissioning of the $40-million project started in March following installation of the last of the 34 080 solar photovoltaic panels. The panels have a single-axis tracking system mounted on 4 700 steel posts, enabling the panels to track the sun during the day.

A network of low-voltage, high-voltage and communication cables connected the panels to a 6 MW lithium-ion battery storage facility and the existing 19 MW diesel-fired power station at the mine.

The solar facility had been integrated with the diesel-fired power station, which Pacific Energy subsidiary KPS owned, which would continue to provide baseload power to the DeGrussa mine. The solar plant would reduce Sandfire’s diesel consumption by about 20%, or five-million litres a year.

It would also lower carbon dioxide emissions by about 12 000 t, which MD Karl Simich said was a reduction of over 15% based on the miner’s reported emissions for the 2016 financial year.

Simich said the completion and successful commissioning of the DeGrussa solar power project was a significant achievement, providing a strong demonstration of the exciting opportunities emerging within the mining industry for the adoption of renewable-energy technologies at remote mine sites.

“This project has already attracted a significant amount of interest from within the mining industry in Australia with Sandfire receiving inquiries from several of our peers interested in adopting this technology at their mine sites. I would not be surprised to see more facilities like this built over the next few years, as the benefits and potential of solar power become increasingly recognised across the resource sector,” he said.

The DeGrussa Solar Power project is owned by French renewable-energy firm Neoen, with juwi Renewable Energy responsible for the project development; engineering, procurement and construction, as well as operations and maintenance. The plant was constructed by national surveying and infrastructure construction company OTOC Limited, with project financing provided by the Clean Energy Finance Corporation and recoupable grant funding support of $20.9-million from the Australian Renewable Energy Agency.

Construction and development of the DeGrussa mine was completed in 2012 at a cost of $400-million.