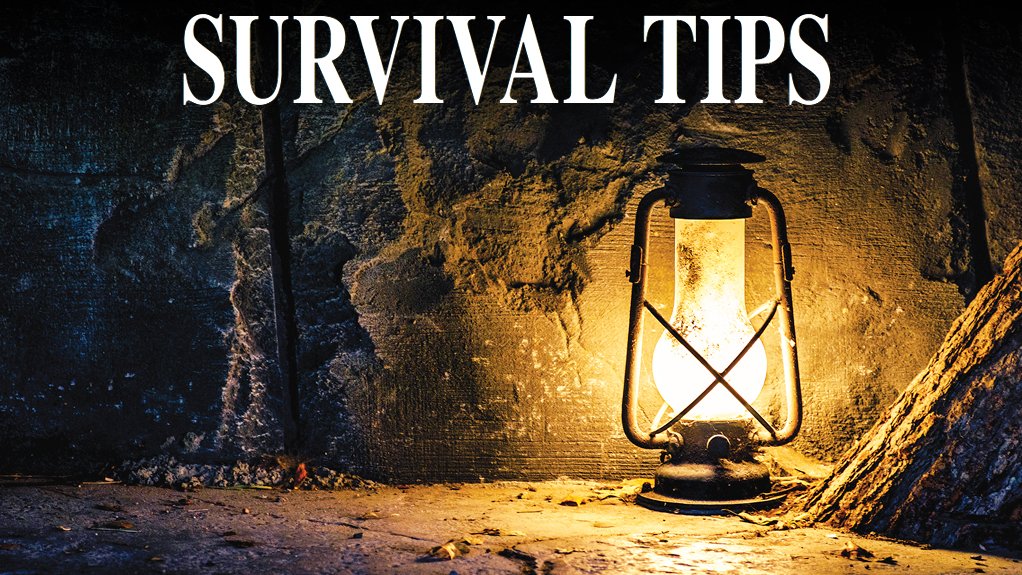 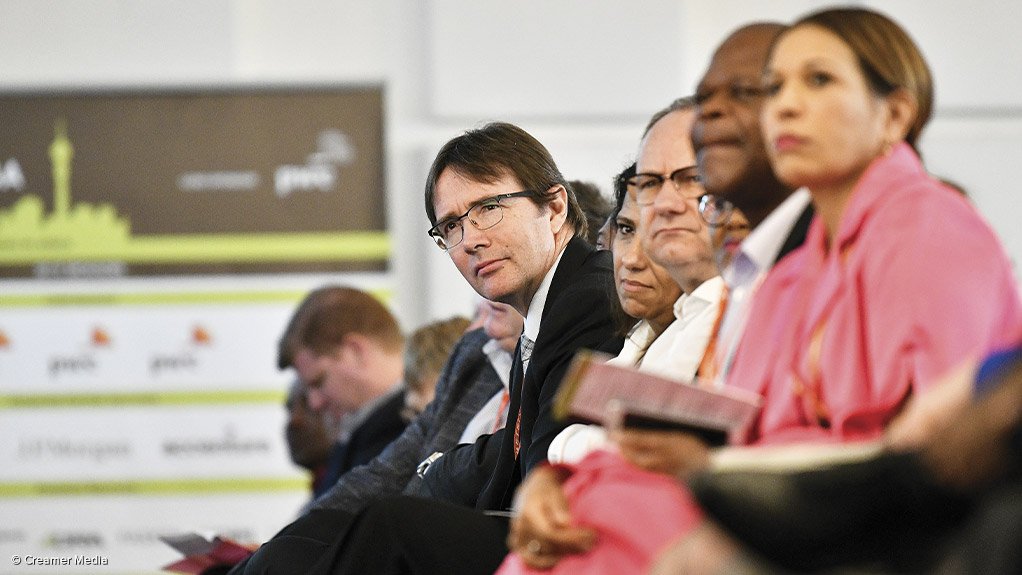 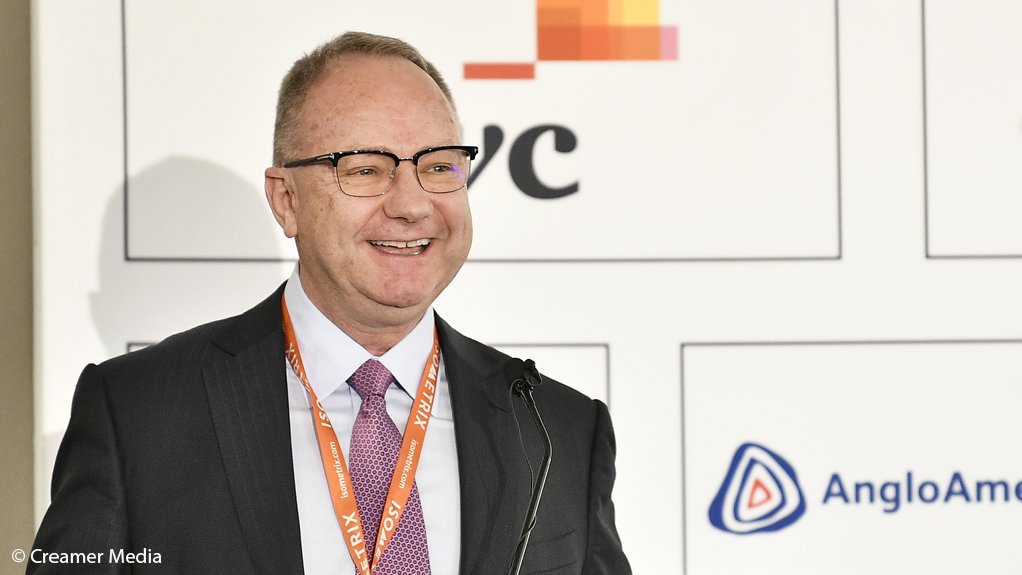 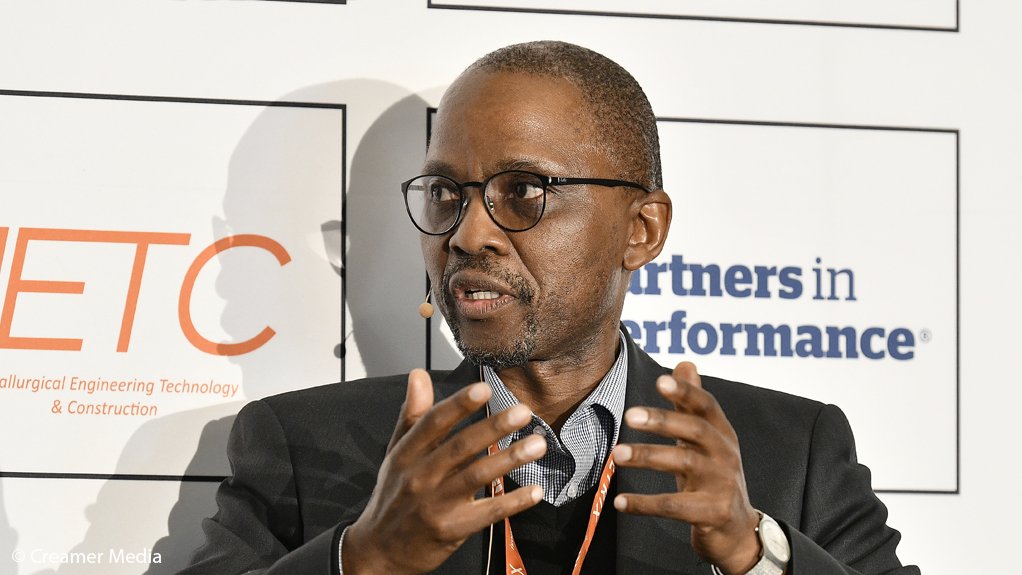 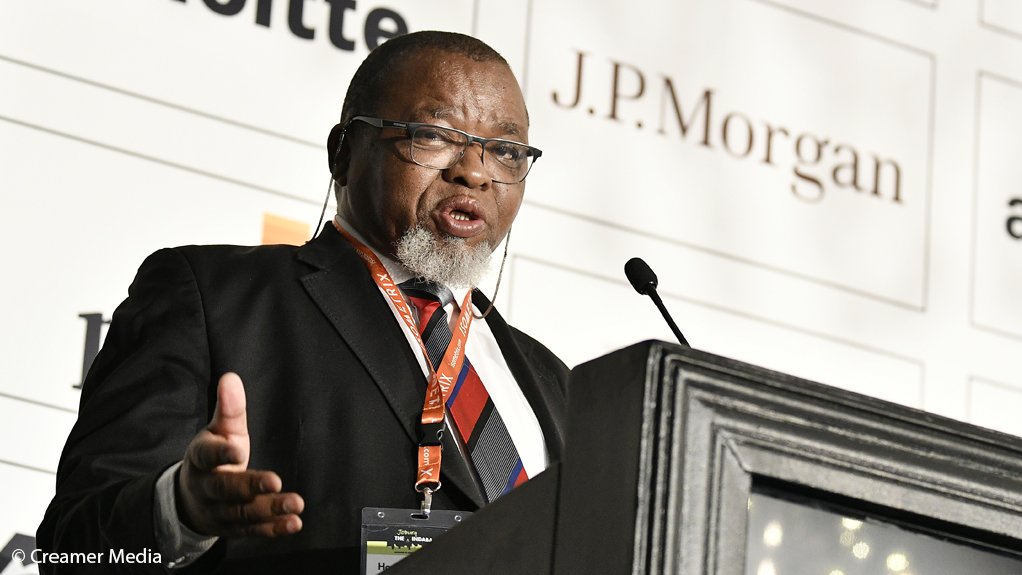 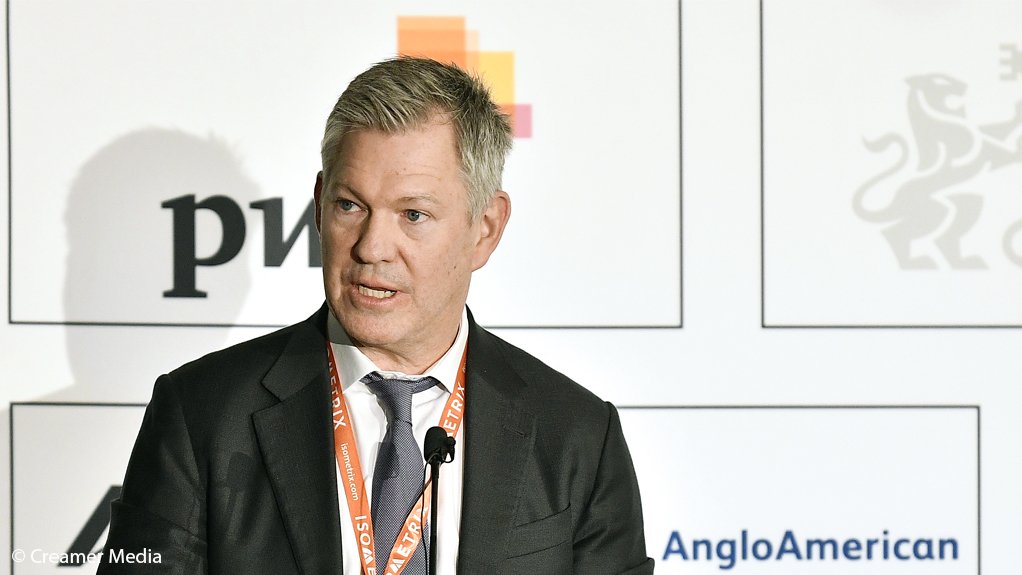 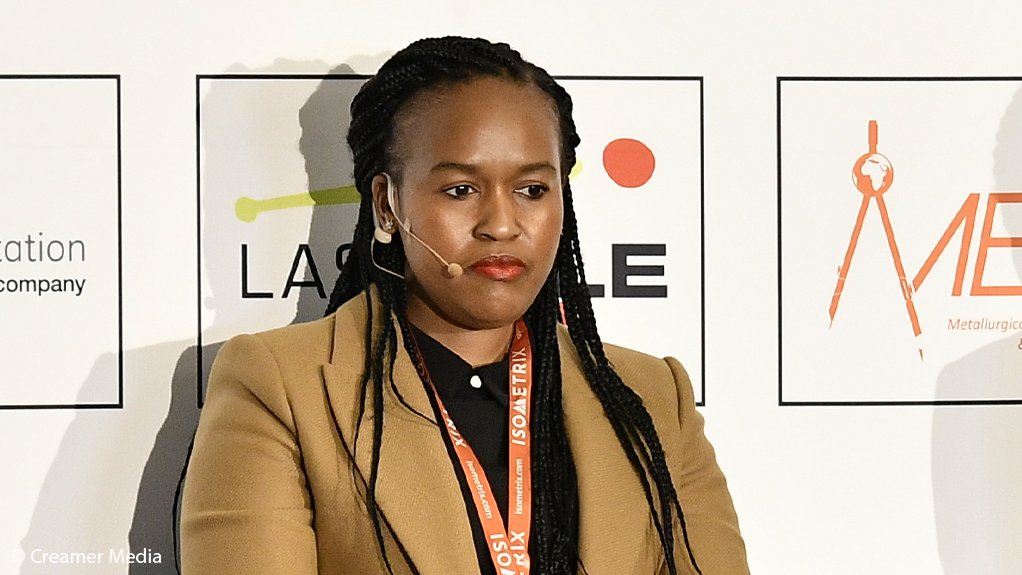 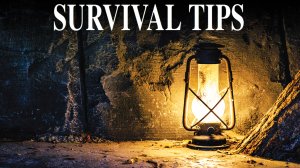 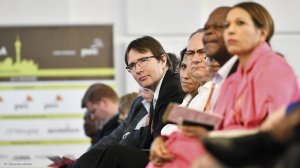 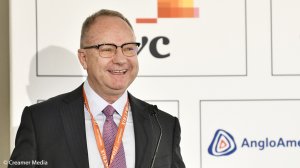 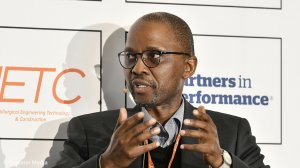 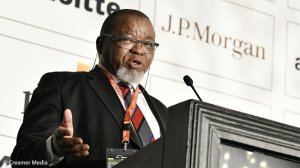 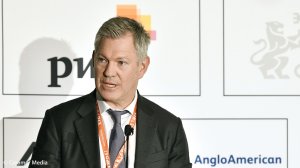 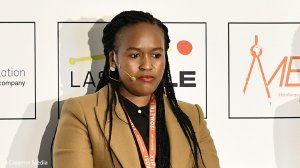 As mining is an important part of South Africa’s struggling economy, government and the industry must collaborate on policy and work together to overcome a myriad of challenges to stimulate this key sector and drive long-term investment.

At the Joburg Indaba 2019, held in Johannesburg earlier this month, the challenges facing the industry were listed as reinvigorating the industry, encouraging growth and employment, regaining investor trust and boosting foreign direct investment, among others.

A starting point could be the imple- mentation of modern mining by introducing new technologies and navigating a transition that was sensitive to the country’s financial and social complexities, he said.

He said the use of technology presented opportunities for the industry to be more productive, noting that, for modern mining to deliver enduring value, South Africa should embrace technology in all its facets, while working to attract much-needed investment.

Even if the critical foundations were in place, such as the mining rights required to exploit the country’s mineral endowment, success would not be a given without a fundamental remodelling of the mining sector to embrace new technology and ensure the availability of the skills required to make the industry globally competitive.

Modern, sustainable and innovative mining could build thriving communities that were healthier and better educated and where there was employment for greater numbers of people, Cutifani told delegates.

Delivering a keynote address at the Indaba, Minerals Council South Africa president Mxolisi Mgojo said the use of new technologies could make mining a sunrise industry, while addressing safety and health issues.

He referred to the adoption of the Khumbul’ekhaya health and safety campaign, which will provide guidance for the industry going forward.

The campaign aims to eliminate all workplace fatalities and is derived from the Nguni word for ‘remember home’.

Khumbul’ekhaya, which has achieved a good deal of success, was developed and incubated by Minerals Council South Africa’s CEO Zero Harm Forum, which is driving the initiative. The campaign was launched in response to an alarming regression in mining safety in 2017 and during the first half of 2018.

In 2017, the local mining industry’s safety figures regressed for the first time in a decade, with 90 fatalities recorded, representing an increase of 17% on the year before, when 73 fatalities were recorded.

Thirty-five fatalities had been recorded by the end of September, a significant reduction, compared with the 63 fatalities reported over the same period last year.

A workshop attended by 34 industry CEOs in January provided the impetus for Khumbul’ekhaya as a revitalised strategy.

However, Mgojo underscored that he was doubtful whether the industry had put the necessary building blocks in place with respect to how it should approach health and safety going forward. “We need to accept that there are new ways of addressing the issues by adopting new technologies,” he said at the Indaba.

He encouraged the industry to continue to seek a deeper understanding of ways of leveraging technologies to address health and safety issues, adding that “a lot of work needs to be done”, especially in terms of research on how the tech- nologies and innovations could be implemented.

With pressure mounting globally for climate action, Mineral Resources and Energy Minister Gwede Mantashe said during his keynote address that, while government had made provision for the use of coal in the Integrated Resource Plan (IRP), coal producers would be required to invest in clean coal technologies. The IRP was approved by Cabinet last week.

He said State-owned electricity utility Eskom’s Koeberg nuclear power station, in the Western Cape, was South Africa’s most cost-effective electricity supplier. He added that recent gas discoveries were poised to “bring gas into the picture in a game-changing manner”.

The Minister also noted that provision had been made in the document for renewable-energy technologies.

Mantashe said the gazetting of the IRP would provide another opportunity for South Africans to comment on the document.

Further, with the global shift towards a low-carbon economy, climate change would continue to have an “enormous impact” on the mining industry, said diversified miner South32 COO Mike Fraser.

“We are already seeing the impact on our coal market in terms of export prices,” he commented during his presentation at the indaba.

Fraser stressed the importance of reliable and competitively priced electricity, the lack of which he flagged as “an overarching challenge to businesses of all sizes in South Africa”.

A reliable and competitive power supply, he added, was critical to the country’s future industrial growth and job creation.

He noted that the financial challenges facing Eskom were “a key risk facing the economy” and that South32 held the view that drastic action was required to ensure the sustainability of the embattled State-owned company.

The only way to resolve Eskom’s problems would be to immediately retrench 20 000 employees, Efficient Group chief economist Dawie Roodt averred during a panel discussion.

Fraser commented that the proposed unbundling of the utility into three divisions made sense and that the power generation division would be competitive if there was a more appropriate coal procurement process.

However, Eskom chairperson and acting CE Jabu Mabuza told delegates that the high cost of coal should not be one of the utility’s many challenges, and that everyone needed to “put the interest of the country ahead of profits”.

He proposed industrywide collaboration to co-create a favourable energy future for South Africa.

During his presentation, Mabuza stated that Eskom would reduce the country’s use of coal in the energy mix by 31% to 46% by 2030 with the introduction of renewable-energy sources, affirming the utility’s support of an energy mix “based on providing reliable energy for the consumer at a reasonable price”.

Meanwhile, with a direct contribution of R350.8-billion to the country’s gross domestic product and the direct employment of 456 000 people, the mining industry “should be helping to grow the economy and not dispose of assets and downscale operations”, said law firm ENSAfrica director Ntsiki Adonisi-Kgame.

Speaking at a panel discussion at the Indaba, she noted that strong leadership would be key to ensuring that the industry continued on a growth trajectory, while policy clarity and the creation of new mines in the future would also have a role to play.

Adonisi-Kgame participated in the same panel discussion as appointee to President Cyril Ramaphosa’s economic advisory council economist Dr Thabi Leoka, who warned that, even though the industry had several opportunities, Eskom would “need to work for the sector” and for the economy.

Commenting on the industry’s overall development, Leoka added: “As South Africans, we need to be more aware of how selfish we are and how we should put the country’s development at the centre and think about things in the long term rather than prioritising what it would mean for us today.”

Minerals Council South Africa CEO Roger Baxter, who headed the panel discussion, shared this sentiment, adding that, from a business perspective, the stakeholders’ focus should be on the structural reforms that would benefit the country in the long run.