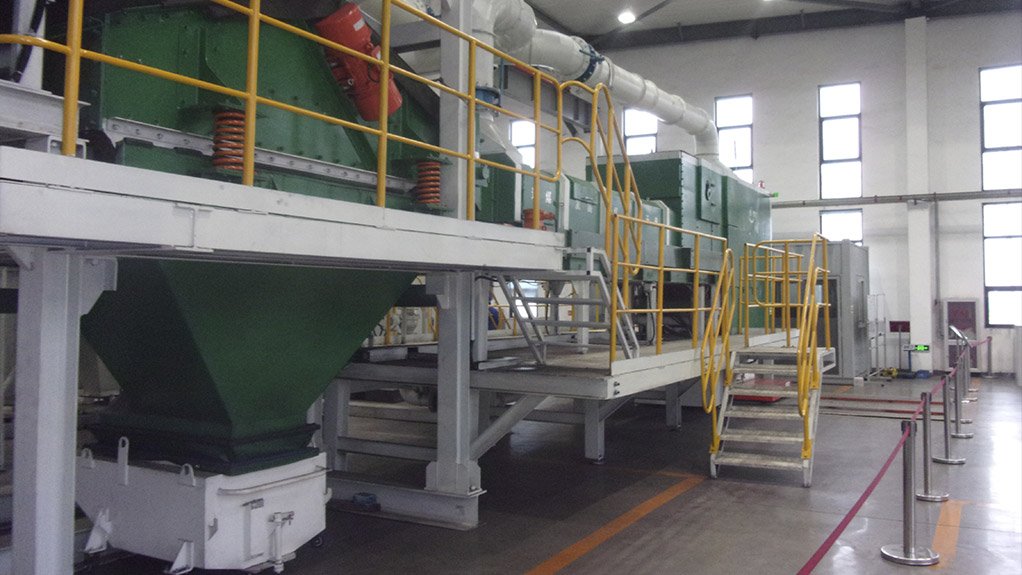 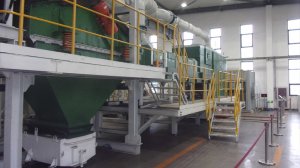 A pilot plant for the first dry separator in Africa will be installed in eMalahleni, Mpumalanga, and should be operational by the end of the first quarter of 2020, screening and vibrating equipment solutions and services provider Aury Africa MD Sydney Parkhouse tells Mining Weekly.

The group will roll out three pilot plants at coal mining hotspots in South Africa, the US and Australia over the next year.

The TDS unit for the pilot plant costs about R16-million, excluding ancillary items such as air supply systems, conveyors and a stream for the feeder. The cost of a full-sized 400 t/h TDS unit is about R40-million.

Originally, a full-sized TDS unit was scheduled for South Africa, but such a large-scale endeavour would have required local joint venture partnerships and a suitable geographic location. Such complexities would have delayed the introduction of TDS technology into South Africa longer than the group would have liked, Parkhouse states.

While these plans are still on the table, a smaller TDS unit will be piloted in the country in the meantime.

“There will be significant collaboration and interaction between South Africa and China over the coming months,” Parkhouse says.

He adds that, apart from the proprietary TDS technology – which is essentially advanced software and will remain solely with Tianjin Meiteng Technology – most of the components can be manufactured and supported locally.

Aury Africa is, therefore, investigating the possibility of creating strategic alliances with local manufacturers to have most of the mechanical components made here.

Since the TDS was introduced to the South African market in September 2017 at the South African Coal Processing Society’s biennial conference in Secunda, Mpumalanga, about 60 TDS units have been sold across China and in other territories, Parkhouse confirms.

The fully automated, modular TDS system features X-ray image-identification technology that enables it to identify and separate coal without using water or creating slime. The TDS can process 300 mm to 25 mm, and 100 mm to 25 mm raw coal, although the group aims to lower the size limitations to 12 mm.

The TDS plant is mobile, which allows for easy relocation. Conventional washing plants are more difficult and expensive to relocate, Parkhouse adds.

“The important thing is that the cost of setting up a TDS plant, as well as the cost to the client for its use, is lower than that of a conventional washing plant,” he comments.

“I changed the sample procedure in such a way that we can actually characterise the various elements of the coal seam before we apply the necessary algorithm, thereby providing a much better calibration curve,” he explains.

Aury Africa is sending a 20 t bulk sample to China for validation of the initial results, which is to be followed by a further six run-of-mine samples of discard and coal-recovery samples from various clients.

“The TDS is well-suited to brownfield applications, which is quite common in China. There are very few new coal mines there. The units can be used in conjunction with existing coal-handling plants to treat dumps and upgrade stockpiles,” says Aury Africa business development manager George Sturgeon.

When testing a sample from a discard dump in KwaZulu-Natal – containing a mixture of bituminous and anthracite coal from two separate mining streams – the TDS was able to clearly differentiate the two materials in the sample. This allows for discard dumps to be turned into potential sources of additional revenue for mining operations, he explains.

During the first two weeks of September, Aury Africa will embark on a South African roadshow to showcase the potential of the TDS for the coal mining industry.