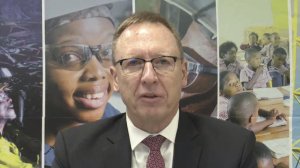 RBPlat executive head of operations Neil Carr reported at the company's presentation of record financial results that the company was building a tailings storage facility (TSF) at the company’s BRPM mine, which it estimates will cost R458-million on completion in the first quarter of 2022. (Also watch attached Creamer Media video.)

For tailings deposition at the Maseve TSF, key construction works required have been completed at a cost of R112-million, an expansion that extends the life of the facility by an additional 13 years.

RBPlat is also active on the upgrade of the Maseve concentrator to 180 000 t a month at an estimated R496-million cost on completion in the third quarter of this year.

Project studies under way include the evaluation of the second phase of the 3 km overland conveyer from BRPM to Maseve, the identification of incremental improvements in concentrator capacity for the Maseve and BRPM plants and a life-of-mine optimisation study at the Styldrift mine, which is entering the steady state phase.

In response to Bank of America mining analyst Patrick Mann on the overland conveyor, Carr explained that currently mined ore is trucked between BRPM and Maseve.

“The logistics do get quite complex when we’re transporting up to 200 000 t a month of ore and the conveyor will certainly help with the logistics of that. It’s about a three kilometre route between the two concentrators.

“We're going into an environmental approvals process for that, which can often be quite long and procedural, but there’s also a cost benefit to the overland conveyor. You can imagine the rand-per-tonne trucking cost compared with a conveyor.

“We’ll continue pursuing that to understand the capital spend required for the overland conveyor and undertake the environmental process before we can actually construct,” Carr said.