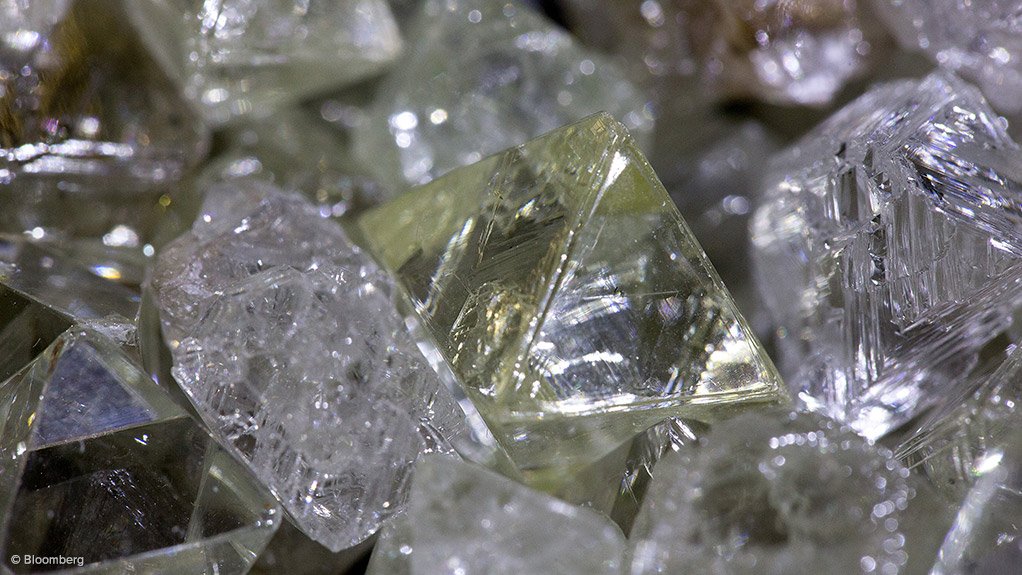 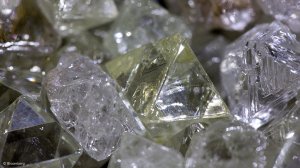 Photo by Bloomberg
SPURRING ADVANCEMENT Several diamond cutters and polishers are adopting the latest technology, which contributes to maximising the value of the rough stones

While there is the expectation that rough diamond prices will potentially recover within the next six months, Southern Africa-focused diamond producer Lucara Diamond CEO William Lamb believes that the prices will recover only later, owing to the current estimated worldwide polished diamond inventory being equal to more than one year’s production.

“Moreover, when these polished stones were generated, the rough diamond price was significantly higher than the current rough diamond trading price of today,” he says, suggesting that this will add additional pressure to the balance sheets of diamond cutters, which will have an additional negative impact on the price of rough diamonds in the long term.

However, Lamb notes talk of India restricting imports of rough diamonds to reduce the volume of polished stones entering the market. He believes that if this happens, major producers will be under pressure to slow down production to balance the supply/demand volumes again.

Lamb further highlights the endeavours of cutters – particularly those in India – who are welcoming innovation and adopting the latest technology, contributing to the maximisation of the value of the rough stones.

“Cutters are doing everything possible to ensure that margins are maintained and those that have the available capital are going to be the ones who come out with fewer scars,” he says.

However, credit availability is a more challenging issue, Lamb says.

“Although new banks have stepped in . . . after the gap left by Antwerp Diamond Bank, which exited the sector last year, the biggest challenge is ensuring that debt for the purchase of rough diamonds is used as intended, which can still generate a sufficient margin to service the debt and generate a profit,” he says.

“Last year, prices were down an estimated 3% to 5% as the closure of Antwerp Diamond Bank in October led to industry-wide liquidity concerns for rough diamond buyers, [while] a slower-growing Chinese economy, deflationary pressures in Japan and the European Union, as well as multiple geopolitical tensions, led to downward pressure on rough diamond prices, which was expected to carry over into the first half of 2015,” Zimnisky added.

Professional services firm Venmyn Deloitte director Neil McKenna elaborates on cut-diamond price expectations for 2015: “While pricing concerns are due to a combination of a number of factors, it is clear that the strength of the US dollar has made diamonds more expensive for polishers and consumers.” He adds that, subsequently, this is putting further pressure on diamond prices.

However, he suggests that the strength of the US economy – a significant market for diamond jewellery – and the continued shift of China to being a nation of consumers should offset this to some degree.

He further points out that the credit squeeze of 2014 has continued in 2015.

“Banks and financial institutions are still reluctant to lend money to producers and polishers, which is symptomatic of the difficulties faced in accessing funding by the larger global mining and minerals industry as a whole. This is making things increasingly difficult for industry players and the industry has to consider unconventional sources of finance.”

Nevertheless, McKenna notes that weaker producer currencies, such as the South African rand, the Botswana pula and the Australian dollar, currently have the benefit of decreasing US dollar operating costs and increasing margins, which, with a greater focus on operating-cost reductions, is subsequently enabling companies to keep “kicking the can down the street”.

He further notes that project expansions and operational improvements, such as more efficient processing technologies, will have the effect of decreasing the unit operating costs of those producers.

He believes that it is the junior miners that “have the most to lose” in this case, as they struggle with relatively weak balance sheets and poor flexibility, limited financing options and high operating costs.

Quality Claim
As 70 diamonds larger than 100 ct have been recovered at precious gem producer Lucara Diamonds’ Botswana-based Karowe mine, with 12 diamonds larger than 200 ct having been discovered in the past 17 months, the company believes that it can now lay claim to the second-largest gem quality diamond to have been recovered in Botswana since diamond mining started in 1971.
“Although Jwaneng currently holds the record for the largest diamond, we believe that the Karowe mine, based on our production profile and the size frequency of the diamonds being produced, might one day produce something larger,” suggests Lucara president and CEO William Lamb.
He adds that, as Karowe processed an increasing volume of material from the south lobe, Lucara has noted the recovery of small blue and pink diamonds – something that has not been previously observed in the south lobe.
While the diamonds are small, the indication for larger, coloured diamonds is definitely there, Lamb believes.