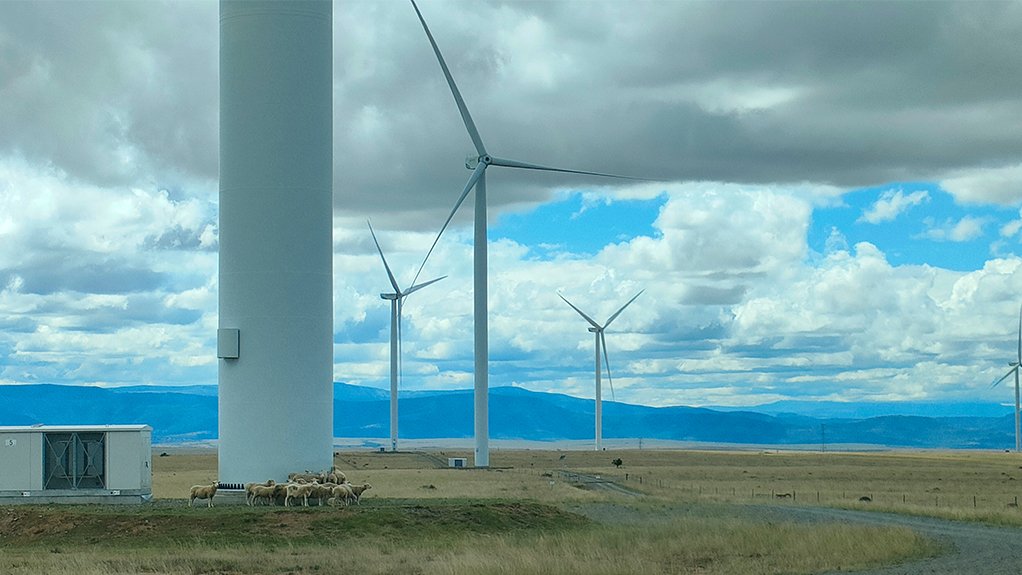 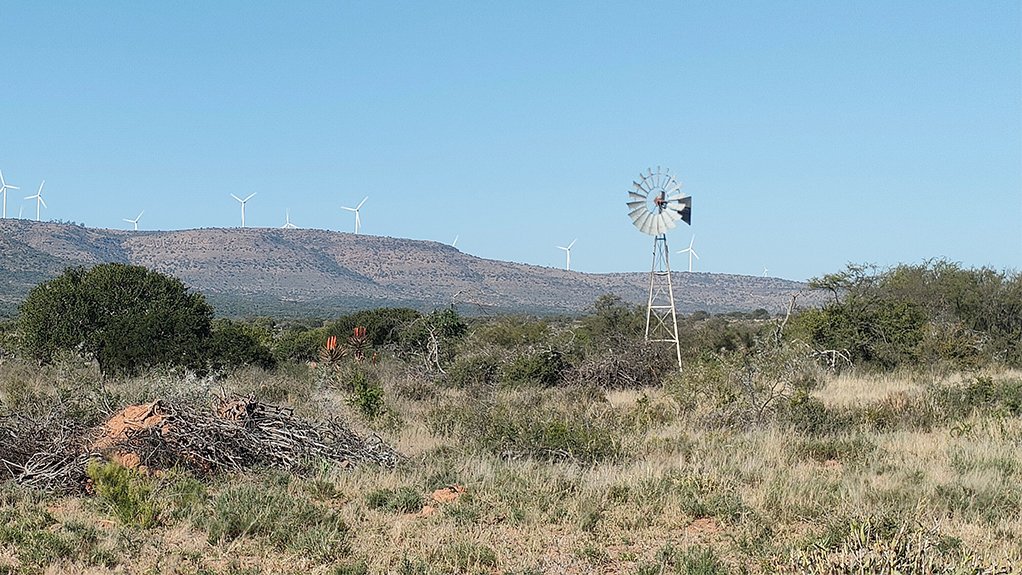 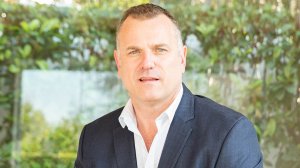 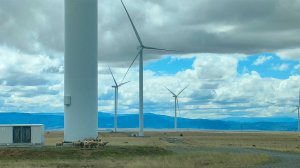 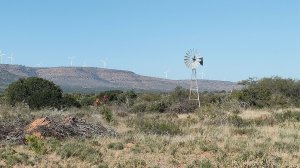 JOHANNESBURG (miningweekly.com) – The big renewables deal undertaken by Seriti is indicative of just how passionate South Africans are to make a positive difference for the benefit of future generations, said new Seriti Green CEO Peter Venn of the multi-gigawatt deal that is poised to lighten South Africa’s loadshedding burden and buttress the country’s just energy transition.

Standard Bank, RMB and VennEnergy are Seriti’s transaction partners in the Windlab acquisition, with Seriti holding 54.19%, Venn Energy 15%, and Standard Bank and RMB each holding 15.41%.

Venn, with skin in the game through VennEnergy, spoke of his ambition to build three gigawatts (3 GW) to 4 GW of renewable energy over the next five to eight years, with a particular focus on the energy transitioning province of Mpumalanga, where initial wind-farm construction is due to get under way in April.

“As Windlab, we’ve been in Mpumalanga for the last five years, doing the necessary project development, and our short-term goal is to kick off with a 150 MW wind farm in Mpumalanga, where Seriti Resources, with its various coal mines, will be the offtaker and buyer of electricity,” Venn outlined.

More than 3 GW will be based in Mpumalanga and permitting is already in hand for 900 MW, into which the 150 MW first phase fits at a capital cost of R4-billion, funded by equity and debt.

In addition, Seriti Green has projects in the Western Cape and the Eastern Cape and construction of a wind project in Kenya will get under way once the Tanzanian competition authorities approve the acquisition of Windlab East Africa, which is expected next year.

Given the skills shortage within the renewable energy sector in South Africa, Venn explained that Seriti Green would be assisting people to pivot out of other industries and into the renewables sector as part of the just energy transition.

“We’re going to be the poster child for the just energy transition. We're doing it internally. Right now I can see people in the office with the orange logos and the green logos on their shirts.

“Number one is providing green electricity to the coal mines for Seriti, two is looking at the skills development within the workforce within the 16 000 people that work within the Seriti family, and three is bringing the Mpumalanga communities along with us.

“There’s going to be a roadmap over the next 15 to 20 years, where people transition from heavily intensive coal jobs to more renewable energy jobs. My view is that it isn't a replacement, it's an addition, so I think we're going to see significant job growth within Mpumalanga.

“We're also going to see significant improvements within the infrastructure of the electricity sector within Mpumalanga, and this should all bode well for the province and the country as a whole,” said Venn.

Mining Weekly: Will you be doing a lot in parallel in East Africa?

Venn: We have very advanced projects within Kenya and Tanzania. We were successful in the Tanzanian tender in January this year, so our expectation is that we should start construction in Kenya and Tanzania over the next 12 months. The wind resource in East Africa, as we've seen from Lake Turkana, is a fantastic resource, and the Kenyan electricity grid is already over 90% green, which means that any product manufactured in Kenya today can get the green label and gain an advantage from being a green product manufactured in Africa. It's very exciting for us and our teams in those countries and we look forward to the approval of the Tanzanian Competition Commission so that we can move forward.

What is Seriti Green’s ambition when it comes to helping to decarbonise South Africa’s electricity grid?

We will start off with the 150 MW nameplate wind project in Mpumalanga, which will generate in the region of 500 GWh for Seriti Resources’ coal mines. In addition, the rest of the project generates more than 1 000 GWh of green electricity that will be on sold to other customers within South Africa. These are significant steps moving forward in decarbonising the grid. We also have a huge opportunity within Seriti with water that occurs within the coal mining operation and the water treatment that takes place. We’re going to be leveraging that water for the construction of the wind farms and solar farms, and in the future we also want to leverage that water for green hydrogen production.

Do you share the growing view that green hydrogen forms an indispensable storage role in the renewable energy ecosystem?

I think we must get our priorities right in South Africa. Number one is absolutely sorting out the loadshedding challenges that we have. Once we have a stable grid and the loadshedding challenges are sorted out, green hydrogen is something that is important for our country. I always inform people that the words are green hydrogen, and green stands for clean electricity. We really need to support and build up the renewable energy space so that we can produce the green electricity effectively and efficiently for green hydrogen and there are numerous steps that we need to take place. To date, the country's built approximately 7 GW of renewable energy. We need to build a further 50 MW over the next ten years to alleviate and loadshedding, so we need to start building much bigger projects. We can't be limited by the 75 MW PV limitations and 150 MW wind projects. We really need to build out large scale renewable energy to assist with the loadshedding. Then in addition, it's the green hydrogen where the electrolysers and the water can all come into play. We have a huge advantage with having Sasol within the boundaries of the country. Sasol is the largest producer of hydrogen today, and Sasol understands the downstream processes of hydrogen, so producing green hydrogen and delivering green hydrogen to Sasol, as one of the offtakers, is an important step for industrialisation in the country and the growth of jobs.

When will Seriti start using renewable wind and solar energy to cover the 750 GWh that it uses itself to mine coal?

I would be comfortable to say that by the end of 2025, we should be able to replace a significant portion, if not all of it, through the combination of wind and solar, and a little bit of battery storage. We are working hard towards that, but we should hit the 75% to 80% more comfortably with this first phase project that we’re going ahead with, plus a little bit of solar PV behind the meter.

Given the commitments at COP27, what financial support should renewable energy producers in developing economies expect?

I think the bulk of the money that was discussed at COP27, and we got commitment, needs to go towards the electricity grid. We have a grid that was really designed around the coal-powered stations in Mpumalanga and exporting that electricity across the country, and we really need to strengthen that grid with a nodal approach so that renewable energy can access that grid and provide electricity on to that grid. We need significant grid upgrades, particularly in the Northern Cape, Western Cape and Eastern Cape, to support out that resource. But we have a number of huge advantages in this country. Firstly, we have strong grid in Mpumalanga, 6 GW of grid availability. We also have a country that runs east to west and that allows us to have solar that generates at different times due to the passage of the sun across the east to west in the country. To my mind, 80% to 90% of the money from COP27 needs to go towards grid upgrades, improving the grid access unit and allowing us to access the grid in an easy and uncomplicated manner. The other important thing that will occur in the market is the creation of a liquid market where electrons can be traded, and part of that funding needs to go towards this market creation so that we move away from bilateral contracts between buyers and sellers, and we just have sellers selling into a market and buyers buying from a market. That will really speed up the development and help us reach that point of alleviating the loadshedding burden on the country.

Seriti Coal operates three opencast and underground thermal coal mines – New Vaal, New Denmark and Kriel – which supply Eskom’s Lethabo, Tutuka and Kriel power stations, and the New Largo mine is under development to meet the needs of the adjacent Kusile power station.

Co-owned by Masimong Group Holdings, Community Investment Holdings, Zungu Investments, and Thebe Investment Corporation, Seriti ringfences 10% of the equity of its mining operations for employees and communities through unencumbered employee and community trusts.

Its investment into renewable energy through Seriti Green is a demonstration of commitment to supporting South Africa’s energy needs sustainably.