Renewables a serious option for African miners as energy costs, emissions come to the fore in African mining 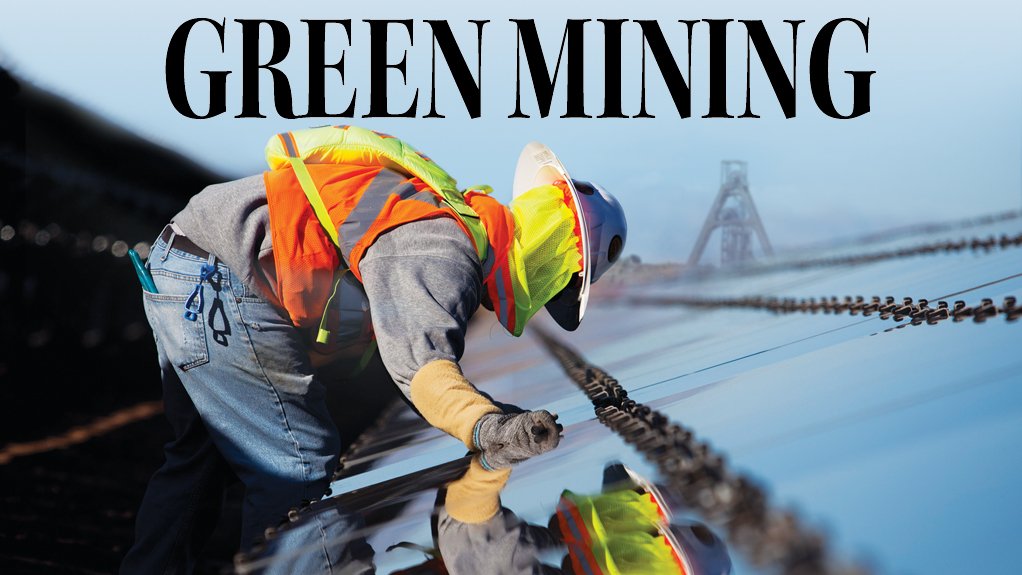 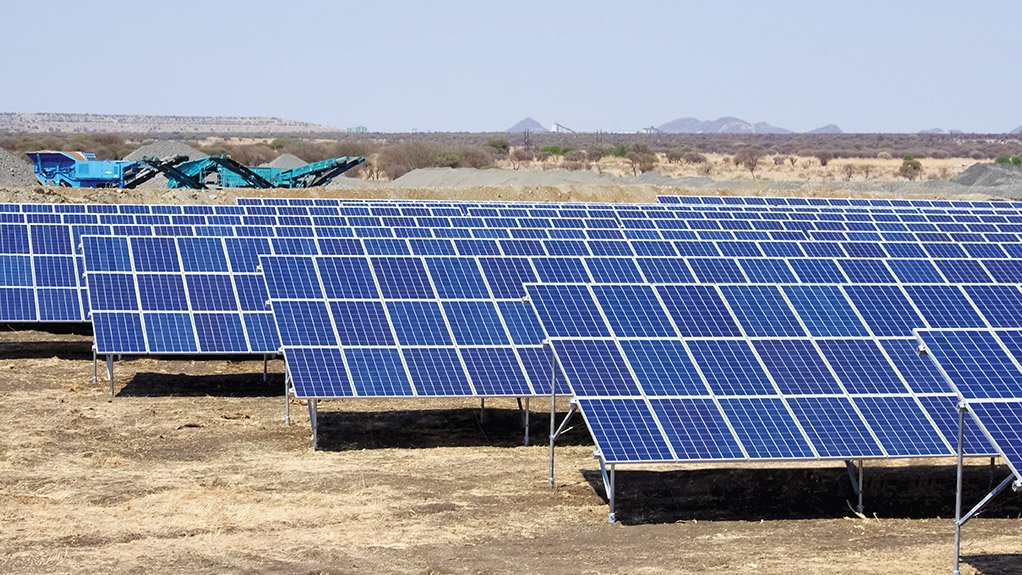 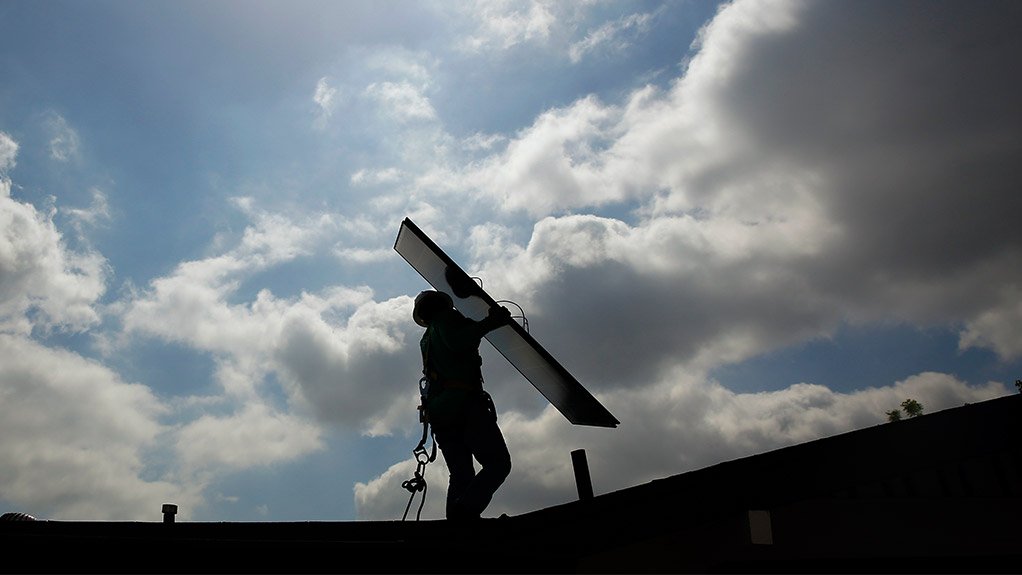 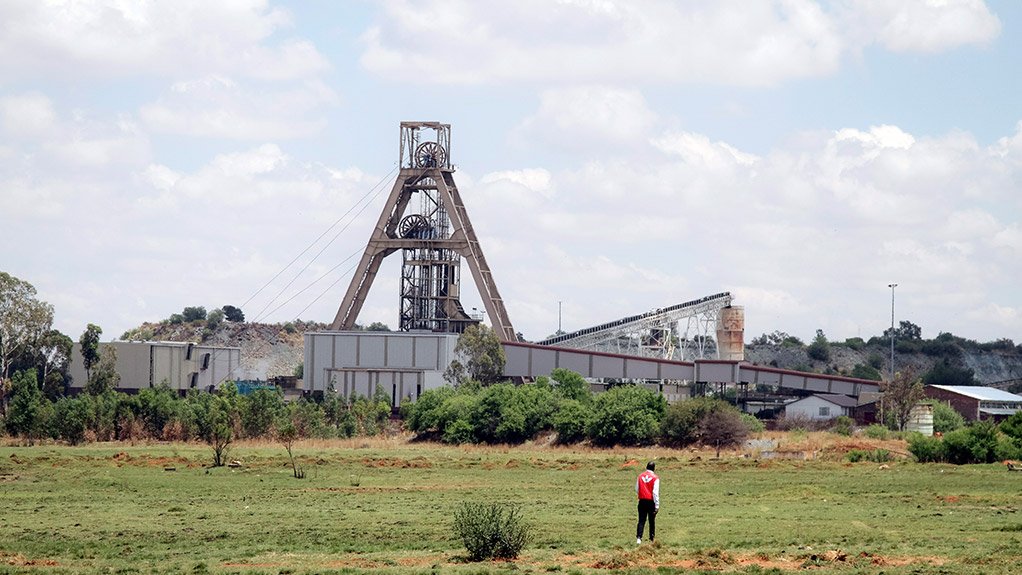 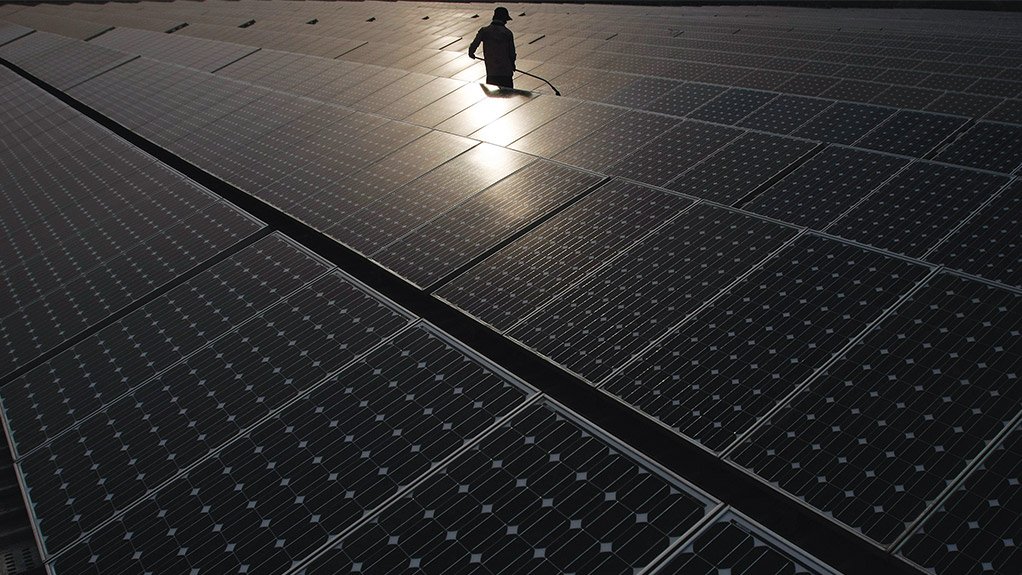 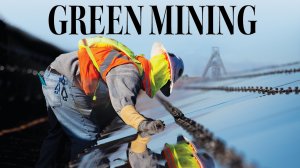 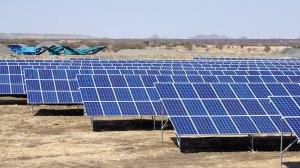 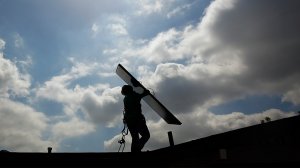 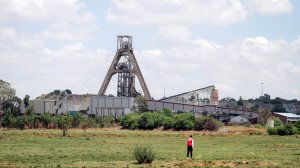 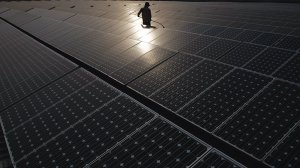 The mining companies are exploring renewable-energy integration as a means to not only address their affordability and security of supply concerns, but also deal with broader carbon mitigation goals.

Comprehensive photovoltaic (PV) solar systems provider First Solar fuel replacement solutions director John Eccles points out that electricity is the lifeblood of all industries and that reliable electricity generation is particularly critical for the success of the mining sector.

“While the mining industry has traditionally relied on electricity grids and on-site liquid fuel generators for its electricity needs, there is a growing global understanding that solar energy is becoming more sustainable and affordable,” he says.

Deploying sophisticated PV hybrid solutions that supplement existing power sources – such as the electricity grid or diesel generators – can help mining companies tackle their daily electricity supply challenges during the day, while reducing costs and lowering the environmental impact of their operations.

Eccles notes that remote mines in Africa that operate independently from the electricity grid and rely largely on diesel generation to support their power requirements could benefit most from solar energy solutions.

Eccles points out that, when considering operational costs, a mining company will need to factor in the price of diesel used to power its generators, which is subject to international price and currency exchange volatility.

“Depending on the mine’s location, the cost of transporting diesel to the site will also have to be added, as will the cost of investing in and maintaining the generators.”

He adds that, while solar power is a variable resource, a hybrid of diesel and solar ensures the stability and reliability necessary to power a mining operation.

“With cost and operational efficiencies forming the backbone of the mining business, innovative hybrid system solutions can provide solar energy as an alternative source of fuel, reducing fuel consumption and variable costs.”

Solar Benefits In addition to enabling operational continuity, hybrid solutions can also help extend the life of generators and decrease their operational and maintenance costs.

Siemens sales manager Fabrice Nicolas believes that African mining operations could convert to 100% peak penetration of solar or wind energy, rather than implement partial solutions that result in small environmental and financial benefits.

Speaking at the Renewables and Mining Summit, which took place in Johannesburg last month, Nicolas noted that the best renewable options are site-specific and that the first three rounds of South Africa’s Renewable Energy Independent Power Producer Procurement Programme showed that renewable energy – especially wind and solar power – is competitive.

Challenges Nicolas mentioned, however, that transitioning to renewable energy in the mining sector was not without its challenges.

He further pointed out that mines in Africa were well positioned to benefit from renewable solutions, owing to the available solar and wind resources on the continent and the high price of diesel.

However, Nicolas told Mining Weekly on the sidelines of the conference that the mining industry’s shift to renewables was being hampered by the long development cycle at most mines, as renewables were not typically considered during the mine’s initial planning phase.

“Mines are not developed in one year; they can take up to ten years to be fully developed and the real impact of renewable energy at a mining operation will be evident only two or three years into the operation, after the new technology has been implemented. We are, however, at a stage where renewables are being considered as a serious option,” he said.

He adds that additional security measures also need to be implemented to prevent theft of solar PV components, for example.

Fuhri agrees that there has to be a paradigm shift within mining operations for renewables to make a financial and an environmental difference.

“When we talk to clients, they are initially excited about incorporating renewables into their operations. However, when a solution is presented, they are hesitant to implement a renewables plan,” he tells Mining Weekly.

Fuhri adds that the one challenge facing the implementation of a South African hybrid solution is the current inexpensive energy costs for local mines.

“They get a highly discounted rate from Eskom. A mine in Africa uses three times more energy than a mine in South Africa because they mainly run on diesel-powered generators,” Fuhri says.

Fuhri acknowledges that some mining companies operating in South Africa are considering the implementation of alternative energy solutions, such as keeping their essential operations connected to the grid and taking other operations, such as cooling and ventilation systems, off the grid.

“I do not, however, foresee mining companies in South Africa running solely on renewables any time soon,” he says.

Also speaking at last month’s Renewables and Mining Summit, mining company Revinsamb Mineral Mining Holding president Stanley Maphalala said security of supply was one of the risks associated with renewable solutions, which some of the company’s operations faced.

“The energy generated [by solar and wind power] is sporadic and only supplements the current supply during off-peak hours; it doesn’t necessarily provide additional security of supply,” he said.

He, too, highlighted theft and security as some of the majors issues facing the implementation of renewable systems, especially in certain remote areas where Revinsamb Mineral Mining Holding operates.

Meanwhile, Nicolas told Mining Weekly that renewable energy had, until recently, only made economic sense for remote mines that were not part of the grid, or for mines that had high energy costs.

“However, as the prices of batteries and other storage solutions begin to decrease, the business case for renewables will become more appealing.”

He added that implementing a renewable- energy solution “has many moving parts” and that a mine needed a provider that could install a PV or wind operation with a control system and competent storage, because a PV system could lose 70% of its power during overcast or cloudy conditions.

“Most mines are waiting for someone to take the first step. Once the first project has been implemented successfully, other mines will follow. It is just a matter of time before renewables in the mining sector take off,” said Nicolas.

“The price of energy is increasing rapidly and, combined with load-shedding and the additional cost of carbon tax, Anglo’s main goal regarding renewables is to see how it can assist us in mitigating the risk of energy interruptions in the long term and [how we can] make that sustainable.”

He added that the company had been considering renewable energy as an alternative source of energy since November last year and that the reliability of supply and the reduction of dependence on current supply were other factors motivating Anglo’s consideration.

“Mines consume so much energy that, for renewables to compete [with the main grid], massive sites for PV plants are necessary to make an impact on that reliability. Another important consideration is that most of the mines in South Africa are approaching their end-of-life; therefore, using renewables to give back to the community is important,” he said.

Meanwhile, Mining Weekly reported in May that African Barrick Gold (ABG), which has three mines in Tanzania and is expected to mine about eight-million tons of gold-bearing ore this year alone, has been actively exploring renewable-energy options for the past eight years, according to technical services GM Nic Schoeman and corporate maintenance manager Manfred Hildebrandt.

In its attempts to move away from a dependence on diesel, ABG first embraced grid power, sourced by electricity supply company Tanexco, which is wholly owned by the government of Tanzania. Tanexco’s energy is greener than diesel as half is generated from hydroenergy, while another 40% is generated from nearby gas reserves and 10% from thermal energy.

“Moving our operations from diesel to grid power ensured that a percentage would be renewable because of the hydroenergy,” said Schoeman.

Given subsequent performance problems with grid power, however, ABG was reassessing its options. The company was exploring the possibility of using solar energy for its Bulyanhulu mine, in Tanzania.

“If we get solar right, it has the potential to provide us with nearly 18% of our power needs,” he said.

Schoeman pointed out that economic considerations were important, and that renewable projects tended to have lengthy payback periods because of the upfront capital investment required.

Therefore, in the current capital-constrained environment, any project would have to demonstrate significant operating cost benefits to justify potential investment in renewable- energy solutions.

Like several industry stakeholders, Schoeman is convinced that while renewable energy has a role to play in the mining sector, it is currently not the only, or the best, solution to the country’s or the continent’s power supply deficit.