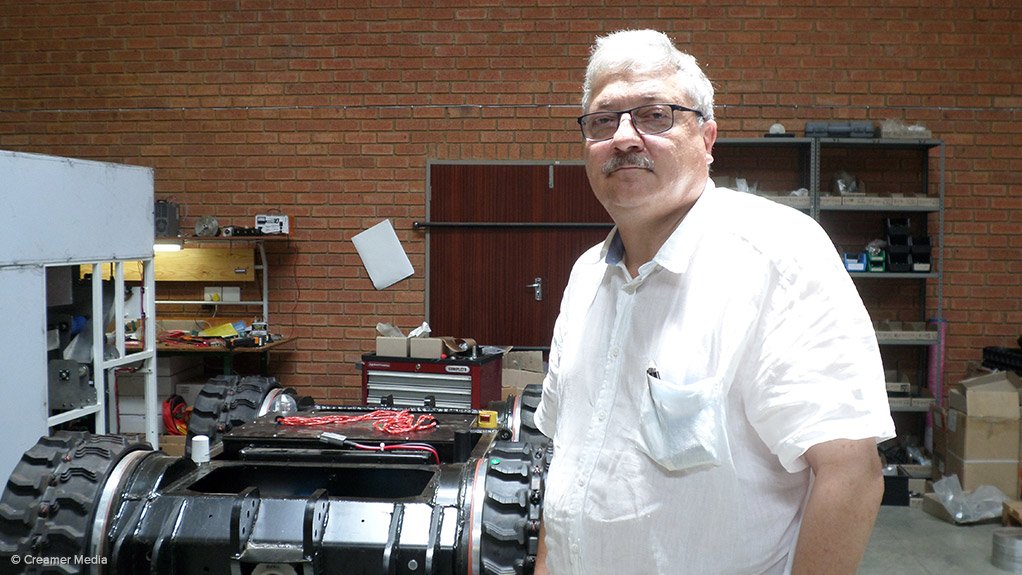 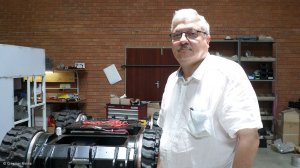 Mechanisation of the South African mining sector is a major priority for all stakeholders. However, with the introduction of mechanised mining technologies come several new challenges, including those relating to the brakes and in-service brake testing of trackless mobile mining (TMM) equipment, says local ultra-low-profile mining machinery and equipment supplier CMTI Consulting MD Dr Danie Burger.

He elaborates that, according to the regulations outlined in the Mine Health and Safety Act (MHSA), TMM is defined as the use of any self-propelled mobile machine for the purpose of performing mining, transport or associated operations underground or on surface at a mine, with mobility involving the machine’s movement on wheels, skids, tracks, mechanical shoes or any other device fitted.

The MHSA stipulates that the employer must take reasonably practicable measures to ensure that persons are not injured as a result of brake failure.

Besides the regulations, the mandatory code of practice (COP) states that the procedures for testing braking systems to ensure functionality in terms of brake design specifications include the static testing of braking systems and, where appropriate, dynamic-type tests or other tests, as well as the recording and safekeeping of test results for a period to be specified in the COP.

Burger points out that comments added to the COP guideline state that descriptions of the brakes, park brakes and emergency brakes should be included.

“The brake test procedures must be described. Tables should be used. Some of the tables are to be found in the American Federal Regulations, the European Standard, the South African Bureau of Standards, the International Organisation for Standardisation and the SAE International standards. Accumulator systems should be tested for the number of applications and hold time.”

Burger points out that the regulations define a static test as a test carried out to determine the compliance of the brake holding power of TMM equipment measured against the design specification or an appropriate safety standard.

He says that the relative standards for TMM equipment are SANS/ISO 1589 for underground equipment and SANS/ISO 3450 for surface operated equipment.

However, Burger believes that there are a number of problems with the existing methods with regard to dynamic break testing, which cause unnecessary damage to the braking systems.

Moreover, Burger says, the dynamic systems only test the service brakes, while the park brake/emergency brakes and accumulators are not tested.

“In light of the work undertaken in terms of the Mine Health and Safety Council’s SIM040502 programme, the accuracy of these dynamic testers can be out by as much as 200% when the vehicles are tested at speeds below 12 km/h,” he asserts.

Burger remarks that testing tractor-trailer combinations is “not advisable”, owing to the risk of jackknifing the combination.

Further, he avers that, with regard to ramp testing, many of the ramps in South African mines were built at the “wrong angle”.

Burger states that ISO 1589 specifies that the ramp must be 4º greater than the steepest angle in the mine. Additionally, he says that the correct ramp procedures are not followed with regard to the service brake, the neutral brake and the park/emergency brake, as the engine must be off and the operator out of the vehicle to ensure the park/emergency brake is not assisted with the service brake.

Meanwhile, Burger notes that an industry work group comprising all mining houses and original-equipment manufacturers (OEMs) has been established.

He says that the focus of the work group is to identify the problems and to come up with a testing solution that will address these challenges.

Burger says that the work group developed the PT50 pull brake tester for vehicles below 50 t.

The major features of this pull brake tester for underground mining vehicles include the test creation of a quasi static test that inflicts no damage on the brake system and a system designed to be inherently safe.

The tests that can be undertaken using the PT50 include the service brake, the neutral brake, and the park/emergency brake with the engine off and the operator out of vehicle. All tests are performed with a 10% overload to enable trending of the brake degradation and all brake wear data is also recorded and measured against the OEM standards.

Burger adds that other features of the pull break tester include the photographing of all tests; a complete report with time and date stamp and photos of every test to make this a legal document; the preloading of all TMM, thereby allowing the operator to simply select the relevant model and type in the plant number and, in the event of failure, an email can be sent directly to the relevant personnel on the mine. He points out that, for vehicles exceeding 50 t, a pull test is not practical, as the vehicle frames cannot handle the input load.

However, Burger notes that a second brake tester is available, namely the SBT500, which is specifically for use in slab brake testing, where the vehicle to be tested is parked on a moving platform, hydraulically actuated and equipped with the necessary load cells to record the data.

“An important matter is that we distinguish between a system test, where the ramp is good enough, and a compliance test,” he concludes.