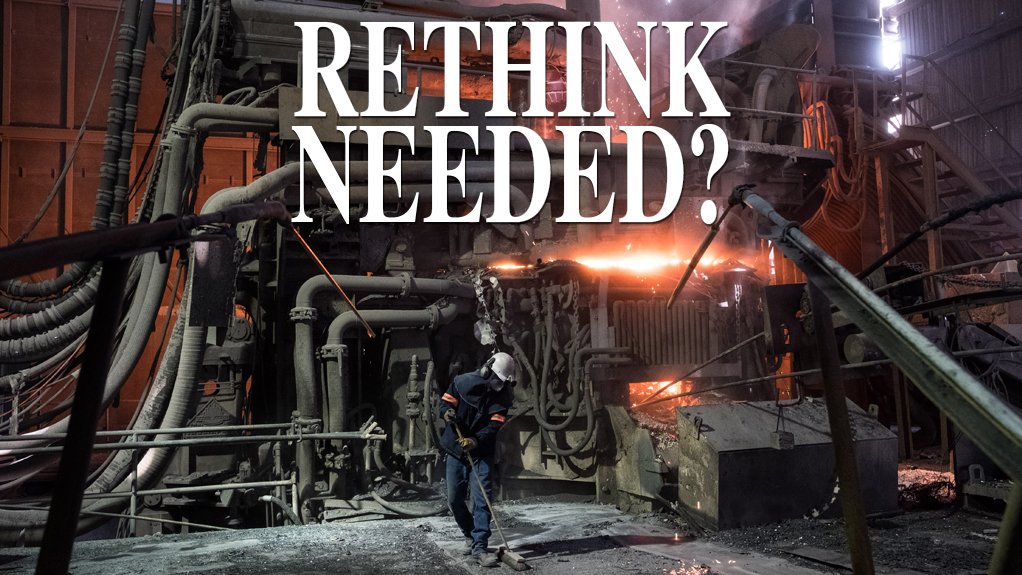 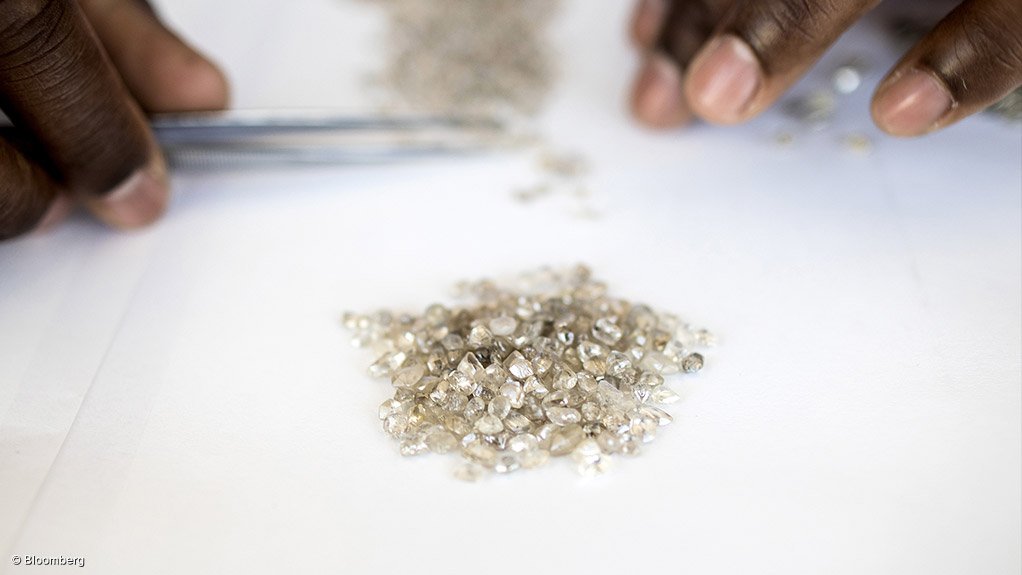 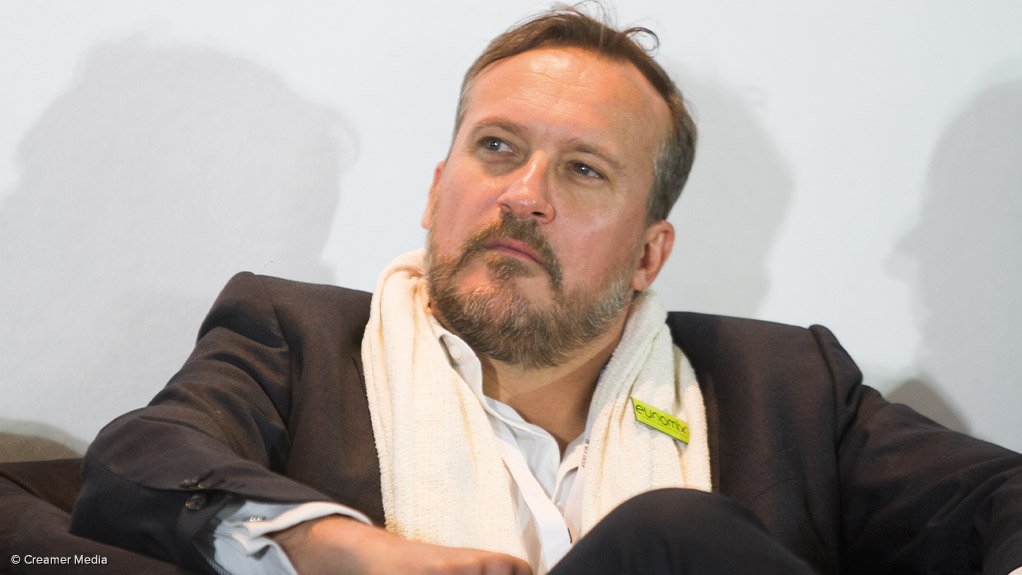 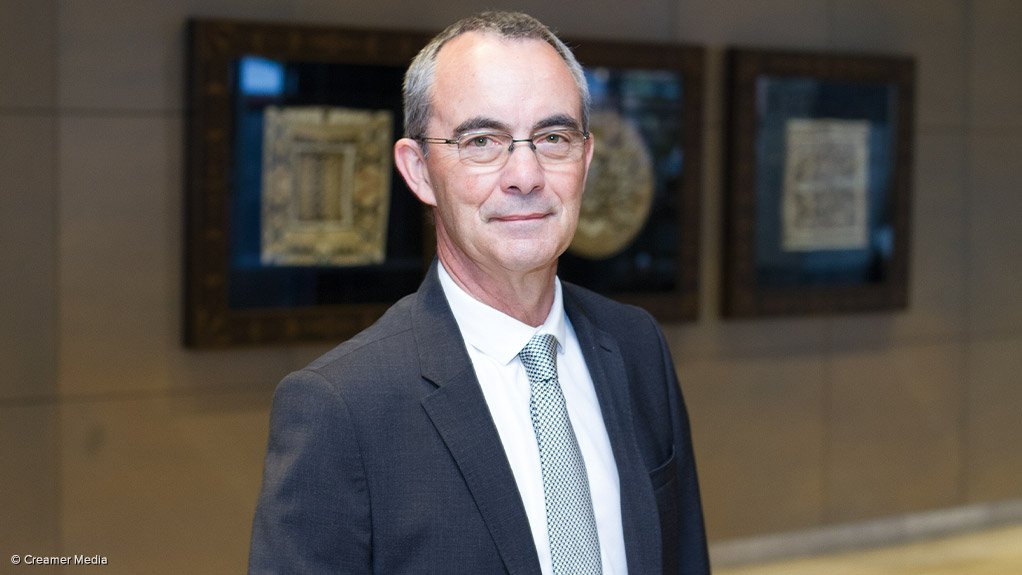 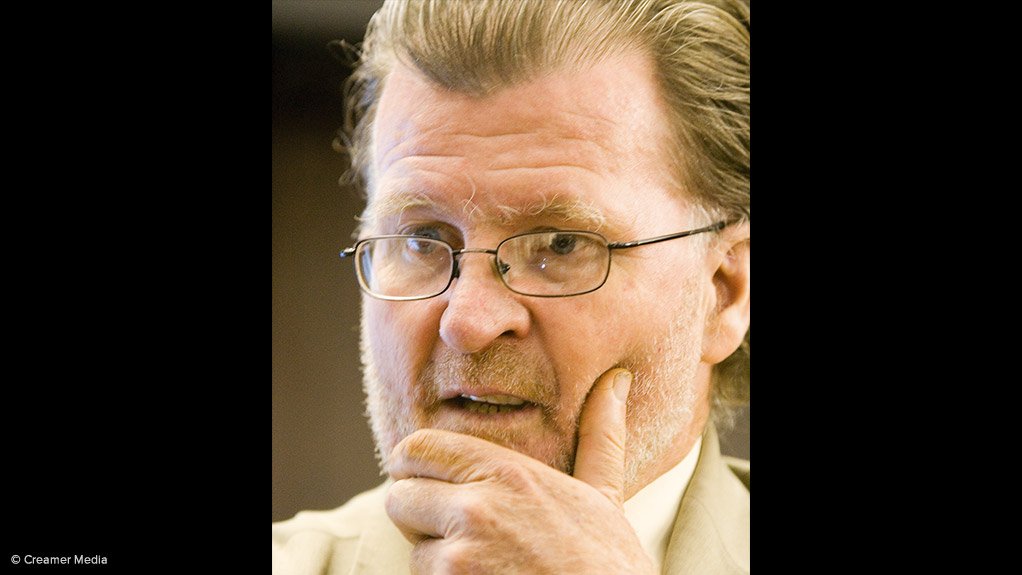 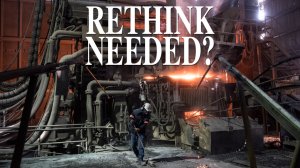 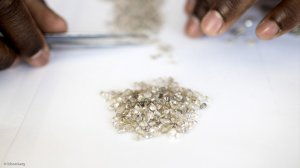 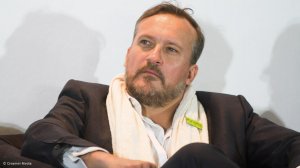 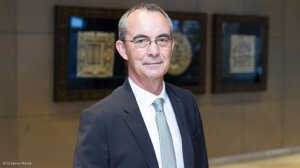 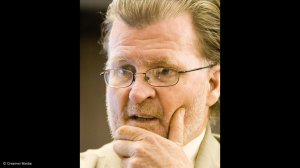 Photo by Bloomberg
THE WAY FORWARD Slow progress and the failure of large beneficiation projects resulted in divided opinion on the value of beneficiation and the best approach to salvage it
Photo by Creamer Media
CLAUDE BAISSAC Countries that do well in terms of beneficiation are countries that are doing well in their overall mining performance and that have supportive policies to back up the industry
Photo by Creamer Media
HENK LANGENHOVEN There needs to be a concerted effort to create a competitive advantage, whereby beneficiating minerals in South Africa is profitable and attractive to investors
PAUL JOURDAN Realising beneficiation of upstream industries will take a generation, at the very least

Amid slow progress in implementing South Africa’s mineral beneficiation strategy – as set out in the Department of Mineral Resources’ (DMR’s) 2011 policy document – mining industry participants, analysts and experts are re-evaluating the feasibility of mineral beneficiation as a growth-trajectory path.

Mineral beneficiation has long been championed by government as one of the major drivers in advancing the empowerment of historically disadvantaged communities in South Africa.

The country’s mineral beneficiation strategy seeks to advance national development through the optimisation of linkages in the mineral value chain. This optimisation is expected to result in economic diversification, job creation and industrialisation. The strategy also aims to expedite progress towards a knowledge-based economy and contribute to incremental gross domestic product growth in mineral value addition per capita.

The DMR tells Mining Weekly that “all these benefits are still very necessary for South Africa’s advancement – hence, mineral beneficiation is still a strategic objective for the country”.

The DMR states that, in attempting to implement mineral beneficiation, the country has harnessed resources across government departments that include Trade and Industry, and Science and Technology, as well as the National Treasury, to direct support for funding, research, mineral access and incentives towards this objective.

The department further states that the inclusion of a beneficiation clause in the Mineral and Petroleum Resources Development Act and of beneficiation provisions in the Mining Charter, as well as the establishment of a State Diamond Trader, special economic zones and the royalty administration, are some of the measures aimed at advancing beneficiation.

“The efficacy of these policy tools is being reviewed or has been reviewed and strengthened in some cases.”

However, slow progress and the failure of large beneficiation projects resulted in divided opinion on the value of beneficiation and the best way to salvage it.

BACK TO BASICS
Industry association Minerals Council South Africa (MCSA) and country risk, strategy and sustainability advisory and consultancy services firm Eunomix CEO Claude Baissac say that mineral beneficiation can be successfully implemented only on the back of a thriving mining sector.

“A beneficiation strategy requires a cooperative and coordinated approach between business and government,” states MCSA chief economist Henk Langenhoven, adding that, “in recent years, that approach has not always been effectively pursued”.

He adds that many of the largest beneficiation value chains in South Africa – particularly those in coal, steel and gold – are predominately legacy value chains that have existed for many years, while new beneficiation initiatives are struggling.

He believes beneficiation has struggled partially because of the conflation of the concepts of competitive advantage and comparative advantage. Comparative studies on beneficiation show that it is possible to industrialise an economy by leveraging a country’s natural resources, with government driving a strong and focused beneficiation initiative, as has been done in several Nordic countries, including Finland.

However, Langenhoven stresses that, while a comparative advantage – in terms of an impressive mineral endowment – can be readily translated into a competitive advantage, this must be coordinated.

“There needs to be a concerted effort to create a competitive advantage, whereby beneficiating minerals in South Africa [becomes] profitable and attractive to investors, as opposed to an approach that assumes that competitiveness is naturally created by the fact that minerals exist in South Africa.”

Langenhoven says that, in line with the objective to create a competitive beneficiation market, government should create an environment that is conducive to foreign direct investment in the real economy. There has been inadequate investment in infrastructure like roads, rail, and power, which has driven up operating costs for current and potential mining houses and beneficiators, he adds.

He stresses that the local mining industry has been in decline for several years, noting that the decline “has drifted away from commodity cycle fluctuations and is now a structural issue”. He believes that government’s “poor” policy strategy has resulted in an uncompetitive operating environment, thus stunting mining-sector growth and deterring potential beneficiators.

He cites a study completed by advisory services firm Eunomix last year, which shows that South African mining companies, compared with their competitors, have underperformed grossly as a result of policy compliance costs, onerous implementation requirements and restrictive policy.

“Countries that do well in terms of beneficiation are countries that are doing well in their overall mining performance and that have supportive policies to back up the industry,” outlines Baissac. He says government should prioritise the improvement of the mining industry as a necessary condition to achieve industry diversification and job creation.

Langenhoven adds that “government should be focused on creating an enabling environment that will . . . attract firms that will beneficiate locally produced minerals”.

DIFFERENT APPROACH
Resource-based and spatial development independent consultant Dr Paul Jourdan states that government’s approach to beneficiation is too narrow. If beneficiation is going to be successful in South Africa, government needs to strategically re-evaluate where it chooses to promote beneficiation, he says.

“Analysts like myself don’t use the term ‘beneficiation’ that much anymore because it has become a political buzzword that has come to mean only downstream value adding.”

He explains that government’s definition of beneficiation as being the transformation of a mineral or a combination of minerals into a higher-value product that can either be used locally or exported leaves room for the possibility of only downstream or forward beneficiation linkages.

Jourdan and Baissac argue that this is a misnomer, adding that the country should be considering beneficiation from a much broader perspective. He suggests that beneficiation should entail entirely domestic value addition, excluding all imported inputs. This approach considers all possible points of local contact with the minerals industry, including downstream and upstream linkages, as well as critical side-stream or knowledge linkages.

“If South Africa considers only the beneficiation of downstream industries, then beneficiation will not [thrive] in the country.”

He adds: “The country simply does not have a sizable local market for beneficiated fashion products such as gold and diamond jewellery and that the low relative logistics costs associated with transporting these high-value minerals diminish the country’s global comparative advantage.”

Jourdan states that the greatest possibility for beneficiation in downstream industries lies in lower-value minerals, where location advantages in terms of logistics costs per tonne play a significant role in the freight-on-board price of the product. He explains that the higher the unit value of the mineral form to be beneficiated, the lower South Africa’s comparative advantage becomes.

However, he says the country has a sizable market for upstream products and services (backward linkages), such as specialised inputs, machinery and equipment, as well as specialised services, for use in the mining industry. Encouraging progress and development in upstream industries will ensure agglomerated demand around mining processes, which can later be diversified to supply other industries, adds Jourdan.

“If the country can develop world-class slurry pumps for mining, for instance, then those same pumps can later be modified and made to cater for other sectors, such as agriculture,” he states, highlighting the economic growth potential of developing upstream linkages, particularly capital goods.

Beneficiating minerals that feed into the main local sectors – manufacturing, agriculture, construction and power generation – will be the fastest and most strategic approach to growing the economy and creating new jobs, he explains.

Jourdan highlights the potential of beneficiating fossil fuels to produce polymers and iron-ore (using coal) to produce steel, as these are significant feedstocks for manufacturing and construction.

“If the country adopts this broader definition of beneficiation, or resource-based industrialisation, then the concept of economic growth, spurred on by beneficiation, becomes an enticing possibility for the industry.”

However, Jourdan says knowledge linkages are a critical part of progressing the upstream industries associated with mining. To make the most of local demand for upstream mining products and services, he contends, the country will have to ensure that the technology and skills developed in these spheres are world class.

“Realising the beneficiation of upstream industries will take a generation, at the very least. The country desperately needs engineers and technically trained professionals . . . to progress the strategy.”

Jourdan says the ‘State Intervention in the Minerals Sector’ study – which he helped compile for the ruling African National Congress in 2012 – reveals that there is a knowledge bottleneck at high school level mathematics and science. He stresses that the success of the country’s beneficiation strategy rests on government successfully promoting science, technology, engineering and mathematics at high school level.

A broader approach to mineral beneficiation involves resource-based industrialisation, which includes the realisation of all the mineral linkage opportunities, and could be a viable and enticing solution for South Africa and the Southern African Development Community. However, rectifying the country’s “broken” schooling system will be key in ensuring the success of the strategy, he says.

Jourdan says the good news is that the 2015 Mining Phakisa, which brought all the stakeholders together, launched initiatives that cover many elements of a national resource-based industrialisation endeavour, including the establishment of the new Mandela Mining Precinct (a public–private partnership involving the State, MCSA and supply chain organisations aimed at rebuilding the country’s mining technology and supply- chain capacity). It also saw the formation of the Mining Equipment Manufacturers of South Africa industrial cluster, which works with the South African Mineral Processing Equipment Cluster and the South African Capital Equipment Export Council to grow the supply-chain, as well as the implementation of downstream initiatives focused on platinum-group- metal beneficiation.