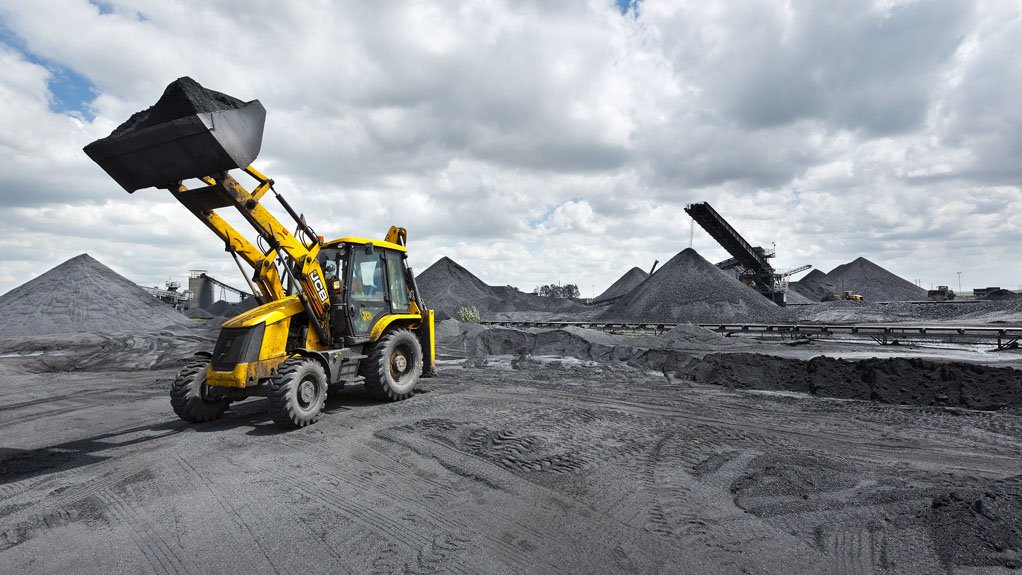 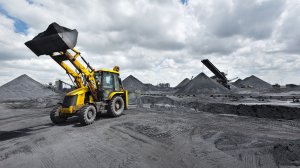 Diversified miner Exxaro Resources has successfully vaccinated 100% of its healthcare workers and has started with the vaccination of its employees older than 60 years of age.

The Grootegeluk and Matla occupational health centres have been registered and approved as primary vaccination sites with the Department of Health and these sites have started with the procurement of vaccines for the inoculation of Exxaro employees.

In a pre-close note by Exxaro FD Riaan Koppeschaar to discuss developments during the six months ended June 30, he points out that the economic recovery that started in the second half of 2020 had continued into this year.

In respect of Exxaro’s key commodities for the first half of the year, the API4 coal export price index is expected to average $95/t, free on board (FOB) and the iron-ore fines price $183 per dry metric tonne, cost and freight (CFR) China.

Total coal production (excluding buy-ins) and sales volumes are expected to decrease by 11% and 9% respectively, mainly owing to logistical constraints linked to Transnet Freight Rail’s (TFR’s) performance, the impact of the pandemic on Exxaro’s operations and adverse weather conditions.

In terms of Exxaro’s capital allocation framework, the group expects capital expenditure (capex) for the first half of the year in its coal business to decrease by 39% compared with the same period in 2020, mainly owing to timing in sustaining capex and some projects nearing completion, offset slightly by the roll-over of GG6 expansion spend from 2020 owing to the pandemic.

Exxaro concluded its stated strategy to monetise its investments in Tronox during March, receiving proceeds of more than R5.7-billion from the disposal.

Following the release of the annual results for the year ended December 31, 2020, Exxaro has continued its strategy to reward shareholder investment.

In May, about R1.9-billion was paid to shareholders as a special dividend.

Exxaro has also implemented a share repurchase programme of R1.5-billion.

This is being executed in terms of the general authority granted by shareholders at the company’s annual general meeting held on May 20, 2020, and again on May 27, this year.

While the Covid-19 pandemic’s impact on Exxaro’s coal operations varied, the operations continued to operate at various capacities during the period, while complying with the Disaster Management Act regulations on Covid-19 as implemented by government.

To reduce downtime brought on by the Covid-19 testing of employees, an optimised strategy was implemented, which included the use of antigen testing for screening and polymerase chain reaction (PCR) testing at Exxaro’s laboratories, only as confirmatory testing.

Ongoing Covid-19 preventive protocols have been implemented in response to the current third wave of infections.

Turning to the coal market, Koppeschaar says India experienced a severe second Covid-19 wave, which has substantially impacted on the economy amid provincial lockdowns, resulting in constrained production and, subsequently, reduced coal demand.

However, in the midst of various supply issues, the API4 index price reached $118/t in June, and Exxaro says it is expected that, with the continuing poor performance of TFR, the index price will continue to gain momentum as supply wanes.

However, the demand for unsized coal continues to be subdued because of TFR’s poor performance and lower demand for power station coal owing to State-owned power utility Eskom currently having sufficient stock.

Production at the Mpumalanga commercial mines is expected to be 20% lower owing to Leeuwpan having been impacted by market constraints and poor TFR performance, and at Belfast owing to logistical constraints linked to TFR’s performance.

Metallurgical coal production is anticipated to decrease by 13% owing to increased rainfall and decreased TFR performance, impacting on stockpile levels.

Coal buy-ins are expected to be 132 000 t higher, to comply with existing sales commitments and to avoid demurrage costs owing to the poor TFR performance.

The expected 31% decrease in export sales volumes is driven by logistical constraints linked to TFR’s performance, and sales to Eskom are expected to decrease by 1% mainly owing to the higher energy value of the offtake at Grootegeluk, resulting in slightly lower volumes.

Domestic thermal coal sales are expected to be 17% higher, mainly owing to export product at ECC being diverted to the domestic market, as well as some of the Grootegeluk customers increasing offtake as they recover from the Covid-19 lockdown impact, partly offset by lower demand at Leeuwpan.

Tied mines’ thermal coal production and sales are both expected to decrease by 12%, mainly owing to difficult geological conditions at the Matla Mine 2 short-wall, as well as pit room limitations in Mine 2 and Mine 3.

Construction on the Matla Mine 1 relocation project started in August 2020.

Exxaro continues to engage Eskom on additional funding to complete the full scope of the project. Approval is estimated to be received in the third quarter of this year.

In terms of logistics and infrastructure, TFR railed 24.3-million tonnes to the Richards Bay Coal Terminal (RBCT) for the period from January to the end of May, which is equivalent to an annualised 58-million tonnes a year.

The ”alarmingly low” TFR performance, as Exxaro puts it, is owing to poor locomotive availability, increased incidences of cable theft as well as increased vandalism of rail infrastructure.

This matter has been extensively discussed with TFR by both Exxaro and the Coal Industry Forum through the Minerals Council South Africa.

Meanwhile, regarding the Sishen Iron Ore Company (SIOC), guidance on SIOC’s equity-accounted contribution will be provided when Exxaro has reasonable certainty on its financial results for the first half of this year, Koppeschaar says.

Electricity generation at the Amakhala Wind Farm, meanwhile, is expected to be in line with planned numbers, while equipment availability and the capacity factor for the six-month period ending June 30, are forecasted to be slightly lower than planned levels owing to the five-year warranty inspections resulting in increased downtime.

Electricity generation at the Tsitsikamma Wind Farm is expected to be below planned numbers owing to lower wind conditions. Equipment availability and the capacity factor for the six-month period ending June 30, are forecasted to be slightly lower than planned levels, also impacted by the five-year warranty inspections.

Further, in terms of capital allocations, Exxaro says its focus remains on optimising and implementing its portfolio of growth and sustaining capital.

Exxaro expects coal capex for the first half of this year to decrease by 39% compared with the second half of 2020. This, the miner explains, is driven by, besides others, the timing in sustaining capital projects at Grootegeluk, Leeuwpan and ECC. The ECC expansion project is nearing completion, and was partially offset by higher GG6 expansion spend owing to project delays in 2020 linked to the pandemic.

Total capex for the full year is expected to be 10% lower than the guidance provided in March 2021. An 11% decrease in sustaining capex is expected, primarily owing to cash preservation initiatives at Grootegeluk and Leeuwpan.

The decrease of 6% on expansion capex is owing to lower planned spending at ECC owing to project delays in the first half of this year, partly offset by higher spend on the GG6 expansion project.

The GG6 expansion project is still being forecast to complete cold commissioning during the fourth quarter of this year with project close-out expected in the first half of 2022.

The current estimated capital overrun of about 10% for the GG6 project is still as per previous guidance provided. The forecasted final cost to completion remains R5.3-billion, says Exxaro.

Exxaro is also in the process of finalising its options regarding the future of the Thabametsi mine, “because the use of this resource will not continue in its current form as key funders have withdrawn from the independent power producer project”.

For the full-year, the progress of vaccination campaigns will be pivotal to global economic activity and recovery, Exxaro says, as consumer spending is expected to be resilient as economies reopen, travel picks up and social activities resume.

The shift in energy transition policy will continue to intensify towards a global move for carbon neutrality, or net zero, by 2050 in the run-up to COP26 in November.

The South African economy has been hit hard by the pandemic as it further exposed the growing lack of fiscal capacity, reinforced by a worsening debt trajectory, rising gross borrowing requirements, and a high level of contingent liabilities granted by the government.

“These fiscal imbalances will have a knock-on effect on the economic reconstruction and recovery path for South Africa into 2021,” says Exxaro.

The South African rand strengthened “remarkably” in the first half of this year on the back of strong global appetite for risk assets, a weaker dollar, robust commodity prices, better-than-expected domestic fiscal outcomes and “encouraging signs that the governing political party started to act decisively against corruption allegations within its ranks”.

The rand/dollar exchange rate is expected to hold within current fair value levels, but to remain volatile throughout this year.

In terms of Exxaro’s operational performance, it anticipates the demand and pricing for sized coal domestically to remain relatively stable, as economic activity improves from levels observed in 2020 because of the pandemic.

“The domestic unsized market will continue to experience tremendous pressure on the back of TFR’s performance, as domestic mining operations continue to struggle with the evacuation of coal destined for export.”

On the international front, Exxaro expects the impacts of the pandemic on coal markets will continue into the third quarter of the year as the second and third waves grip different parts of the world.

Additionally, Exxaro stresses that TFR’s poor performance on domestic and export flows is “most concerning” and that it expects this situation to continue to impact very negatively on the miner’s ability to move coal to customers and ports, resulting in lower than previously guided sales volumes.