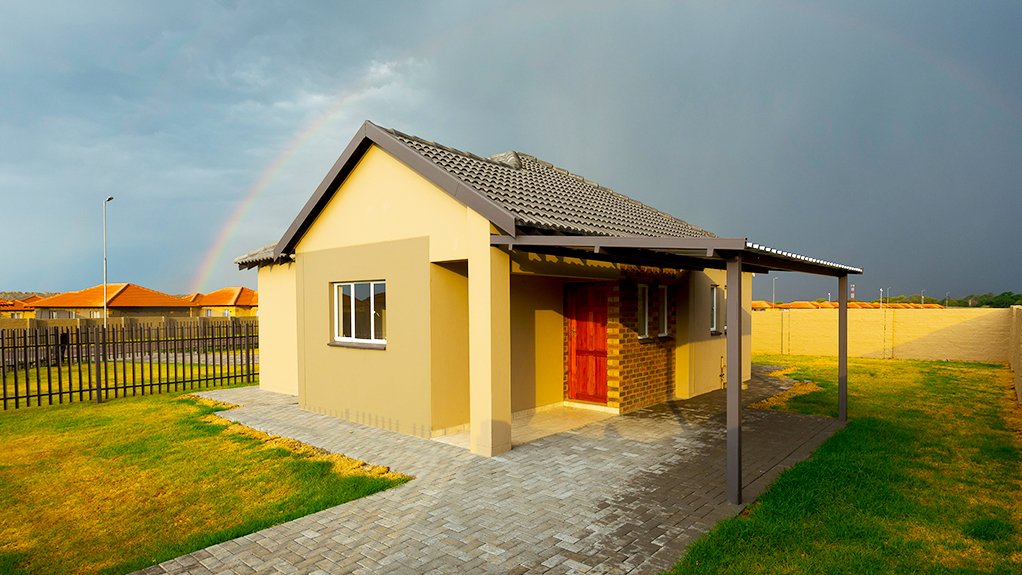 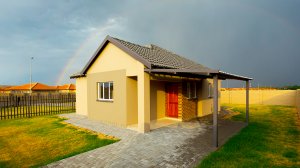 Platinum group metals mining company Royal Bafokeng Platinum (RBPlat) has to date invested almost R1-billion, of a projected R2.8-billion, in the housing project devised for its staff, in line with its aspirational creed to engage in “More than Mining”.

The intention with the housing project is to house staff from the company’s Styldrift and Royal Bafokeng Rasimone Platinum mine complex, located about 30 km north-west of Rustenburg.

The housing development, named Waterkloof Hills Estate, is situated on 294 ha, with the land in question purchased by RBPlat for about R200-million. The acreage is located next to the N4, and is close to Waterfall Mall, in Rustenburg.

The housing project includes Phase 1, which started in 2012 with 422 houses, and Phase 2 which started in 2014. At the end of the Phase 2 the total number of houses on the estate will be 3 100. A future commercial node comprising a shopping mall, clinic, school and hospital among other facilities are also being planned for the estate.

Notably, over 1 000 homes have been successfully bought and inhabited by RBPlat employees already.

During the company’s results presentation earlier this month, RBPlat CFO Hanré Rossouw insisted that the company would continue to afford every employee the opportunity to own a “dignified home”, and that it would continue its investment in the Waterkloof Hills Estate.

He added that the company is committed to the success of this initiative which, at this point, is at its initial stages with a number of aspects of the project being evaluated and finalised.

The company announced in June 2014 that it had, in 2013, embarked on an initial pilot housing project of 400 houses and that subsequently, during May 2014, a collective agreement had been concluded with the company’s recognised union representatives, setting out the basis for all future employee housing arrangements, as initially contemplated in the 2011 wage agreement.

According to RBPlat’s 2019 Integrated Report, the gazetting of the Mining Charter emphasised the need to ensure that the location of employee home ownership schemes should ensure that the houses’ value would not be negatively impacted on by the end-of-life of the associated mine. With this in mind, it was agreed with the union leadership that the homes should be located near Rustenburg.

RBPlat has partnered with the Department of Education (DoE) of the North West province. For the provision of a school, construction is planned to be completed by the latter part of 2021 and the school to be operational 2022.

RBPlat and the DoE will share the funding of these facilities and the DoE will be staffing the school. The company highlights that Rustenburg needs more schools and, as a result, this school project will also provide for learners from outside the estate.

The company has also sought to provide community members with the skills and resources to build a better life – a key element of its poverty alleviation and job creation programmes.

Being able to produce food not only provides community members with a potential source of income, but also helps feed their families. The training in chicken farming that RBPlat funded for 16 community members will “hopefully” achieve these dual objectives.

Among the 16 community members who received training in chicken farming, some had previous experience in raising chickens while others had no experience at all.

RBPlat not only supports community skills development, job creation and improved employee housing and living conditions, but also offers health support to communities in and around its operations.