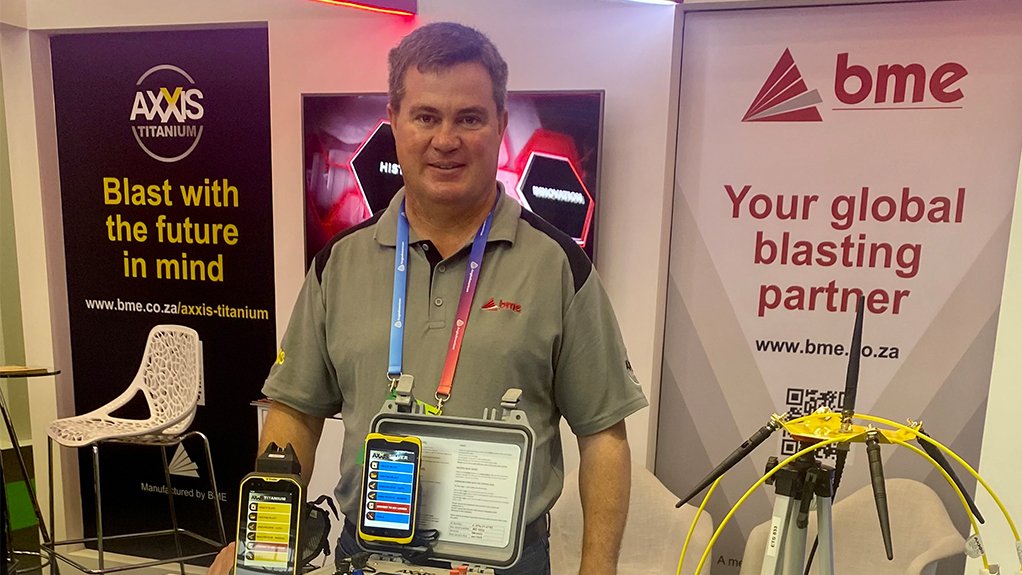 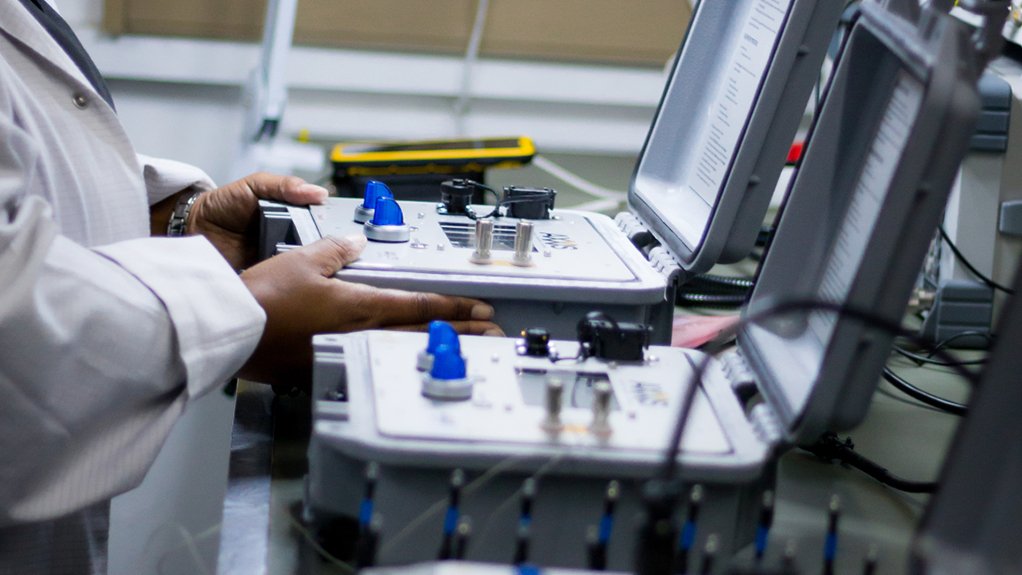 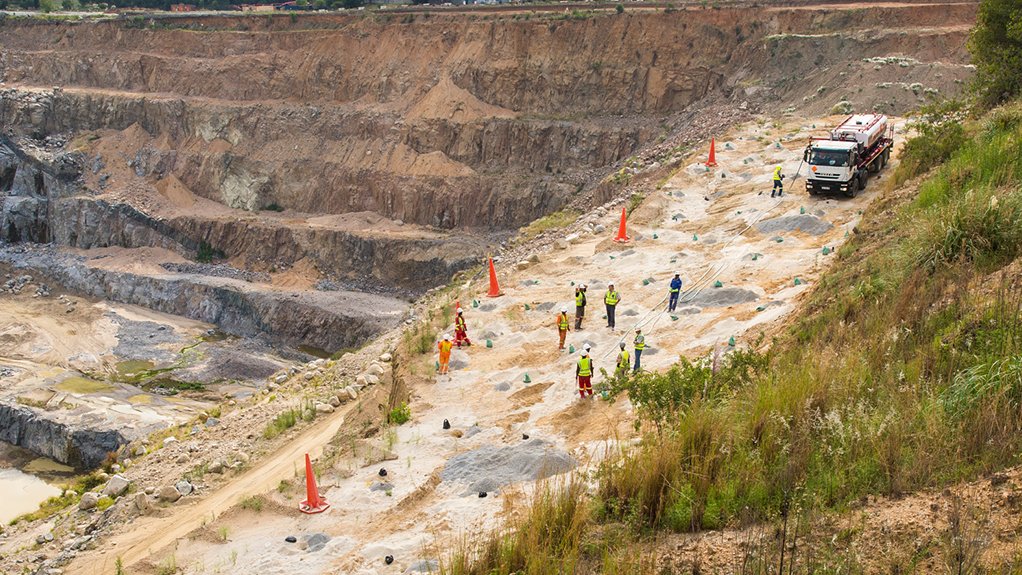 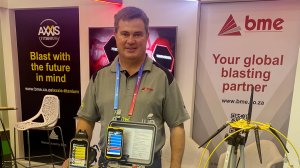 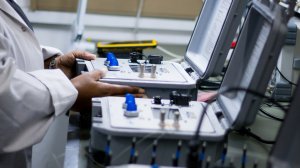 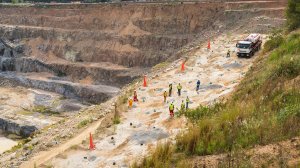 HENNIE DU PREEZ There was considerable interest in BME’s AXXIS Silver system when the company exhibited at the Investing in African Mining Indaba from May 9 to 12, in Cape Town
THE AXXIS SILVER The electronic delay detonator technology is a cost-effective solution for operations with less demanding blasting needs
OPERATIONAL NEEDS Ensuring good fragmentation from every blast is more critical for smaller quarries which usually use smaller jaw crushers

“The conversion of one to the other is straightforward, as we have retained the easy-to-use functionality that blasters appreciate,” says BME product support manager Hennie du Preez, emphasising that BME is making progress in its efforts to convert all local quarries to electronic delay detonator (EDD) technology.

Launched locally in November last year, the AXXIS Silver – a slimmed down version of the company’s AXXIS Titanium system which allows for larger blasts – offers the same features and level of safety while meeting the blasting needs of quarries and small mines.

“With the use of EDDs, blasts can be initiated only by a robust, encrypted blast command. AXXIS Silver takes a dual approach to safety as it is configured with dual voltage and a dual capacitor. A Swiss-designed, application-specific integrated circuit chip gives the system even more internal safety gates – including safeguards against stray current and lightning.”

Quarries have also recognised the productivity and efficiency benefits of EDDs, such as saving time on blast preparation and initiation, he adds.

Additionally, ensuring good fragmentation from every blast is more critical for smaller quarries, whose crushing operations often use smaller jaw crushers than those of larger mining operations.

Traditional methods that are still used – pyrotechnic detonation using nonelectric explosive shock tube – do not offer the control and flexibility of EDDs.

“Unlike an EDD, a pyrotechnic unit’s timing is preprogrammed, so its timing cannot be adjusted on the bench to suit the software-generated blast design. By using EDD technology, a more optimal blast design is achieved, as the timing of blasts can be more flexible and accurate, yielding better results,” explains Du Preez.

However, there is a perception that EDD technology is more costly than traditional blasting methods. This is disproved when considering the value of downstream benefits, specifically higher crusher throughput, owing to better fragmentation.

“A crusher runs more efficiently when it is not clogged by oversized material,” says Du Preez, adding that some quarries might also be reluctant to adopt EDD technology because they are not aware of the associated safety benefits.

While unplanned detonations are generally “very uncommon”, he advises that systems, such as AXXIS Silver, make such events even less likely, owing to the dual basis of safety – as well as the inherently safe loggers on the bench.

The logging of detonators is conducted using a much lower voltage than that required to initiate detonation.

“The Department of Mineral Resources and Energy is also becoming stricter on various aspects of safety. The track-and-trace features offered by EDD provide proof that every detonator supplied to a mine has actually been fired,” says Du Preez.

EDD technology can also deliver more effective vibration control, an issue which many quarries did not need to consider in the past, as they were located far from urban areas.

However, as more settlements encroach on quarrying operations, the impact of blast vibrations on nearby communities needs to be curtailed, states Du Preez, highlighting that the quarrying market is also embracing the safety aspects of BME’s emulsion products which, like the EDDs, can be safely and easily transported and stored on site.

“These include our BLASTMAP blast planning software, XPLOLOG data logger and online dashboard, and the Blasting Guide App for android devices. These tools enhance the ability of quarries to design and implement customised blasting solutions with speed, accuracy and safety,” says Du Preez, adding that there was considerable interest in BME’s AXXIS Silver system when the company exhibited at the Investing in African Mining Indaba from May 9 to 12, in Cape Town.

“Delegates at the event could simulate a blast in a quarry and were impressed by the product’s ease of use and flexibility,” he concludes.