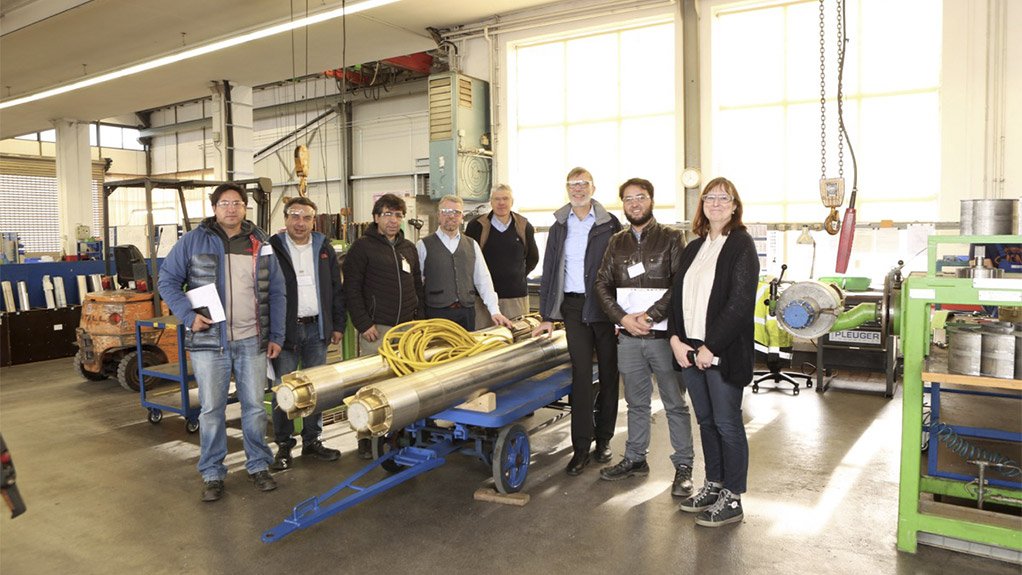 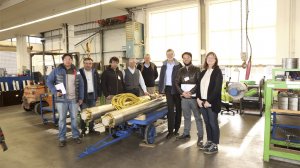 ACCEPTANCE UNDERTAKING The acceptance trials of the six pumps, for which the mine’s technical management, together with pumps distributor Wellford, travelled from Chile to Hamburg, in Germany, took a week

Motor pumps manufacturer Pleuger Industries has supplied six high-performance process water pumps to the Chilean Collahuasi copper mine, in the Pica district of the Tarapaca region.

The mine relies on a flotation process, for which Pleuger will supply the six tailor-made pump units for the filtration of copper concentrate.

The Collahuasi mine produces more than 5 000 t/y of fine copper, which makes it one of the largest copper mines in the world.

Two opencast mines, Rosario and Ujina, provide the necessary copper ores, which are smelted on site into copper concentrate and cathodes, which are destined for the Chilean copper industry and the Far East.

The pumps provide for reduced maintenance and protection against electromechanical corrosion and ensure maximum operational reliability.

The acceptance trials of the six pumps, for which the mine’s technical management, together with pumps distributor Wellford, travelled from Chile to Hamburg, in Germany, took a week.

This is a common undertaking when considering the significance of the new submersible motor pumps for the processing of copper sulphide.

The 10-inch pumps are used to dewater the copper sludge in the flotation process and extract the copper concentrate. If the pumps fail, production comes to a stop until the pumps are repaired, which makes reliability of the pumps a key priority.

Owing to this, the decision in favour of a particular pumps manufacturer rests on the confidence of the technical knowledge the engineers instils, as opposed to the one-time costs of the pumps.

Wellford, which supplies pumps to the Collahuasi mine, decided to involve Pleuger Industries, as the company has decades of experience in designing pump units for the specific requirements of the mining sector.

Pleuger’s engineers have acquired experience in many customising projects globally, which they use in the construction of its engines.

Process pumps that are used in copper production are operated under harsh conditions. Copper, a semi-precious metal, is dissolved in water, which quickly oxidises the materials from which pumps are generally made.

To counteract this process, Pleuger Industries engineers rely on a corrosion protection concept that is adapted to the customer’s specific needs when designing the pumps.

The new pumps systems supplied to Collahuasi must be energy efficient, as copper production of the mine uses an energy management system based on international standards.

Collahuasi, majority owned by Anglo American and Glencore, is among the world’s largest copper miners and last year the mine produced 560 000 t of copper, placing it among Chile’s top three producing mines, according to a Reuters report.

Pleuger Industries is an international quality supplier of submersible motor pumps, thrusters, decoking systems and plunger pumps with headquarters in Hamburg and Orléans. Its products are used worldwide in the energy, mining, water, oil and gas industries and are characterised by reliability and longevity.