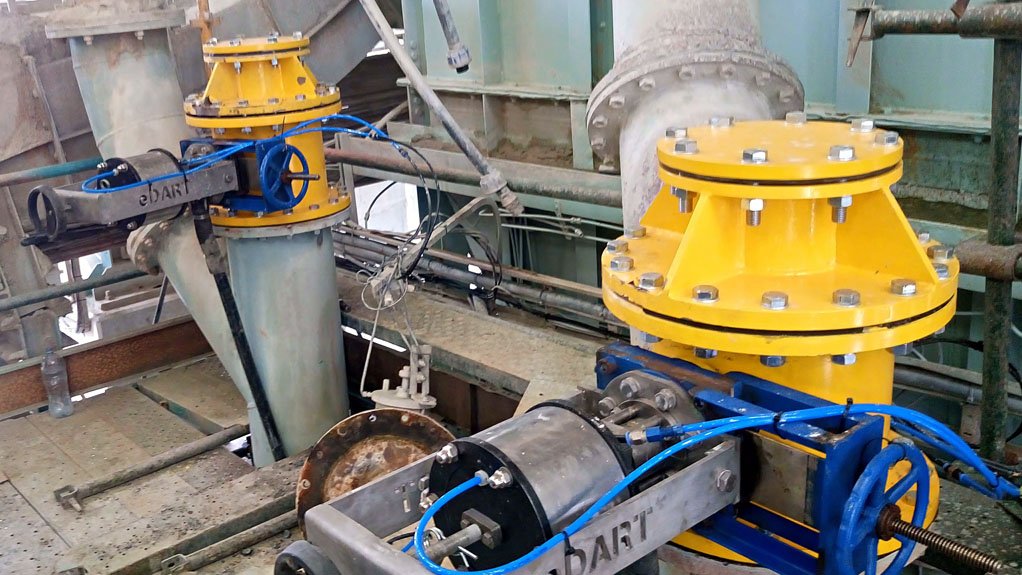 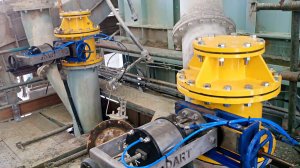 With technology and equipment used for mineral processing well established and generally highly automated, slurry control valves manufacturer eDART is focused on the efficient use of energy and the improved reliability of components.

The company, based in Boksburg, Gauteng, is also focused on achieving a high-quality final product in the mineral processing control loop.

However, eDART director Richard Rule says it is often difficult to convince plant operators that good levels of control, as a result of correctly sized control valves that respond accurately to signal changes, will improve plant performance significantly.

“No amount of sophisticated control software can adequately compensate for poorly performing valves.”

The company has completed valve- resizing projects for diversified miner African Rainbow Minerals and platinum producer Impala Platinum’s Two Rivers mine, in Steelpoort, and platinum miner Anglo American Platinum’s Amandelbult mine, both in Limpopo, and for Royal Bafokeng Platinum’s Rasimone mine, near Rustenburg, in the North West.

These projects have allowed for marked improvements in the plants’ control operations, affirms Rule.

The company also reduces downtime for maintenance through its high-lift pinch valve that allows for the sleeve to be replaced without taking the valve out of production, and its bypass system on a flotation bank that allows for one tank to be worked on without having to close down the entire bank.

eDART also uses CFD to continually improve the design of its back-pressure pipes, which protect the control valves installed on the last cells in any flotation bank. Using CFD has also enabled the company to counter high-pressure drops across slurry control valves, which are problematic, owing to high velocities causing damage.

“One of the easiest ways to improve profitability in modern minerals processing plants is to detect and speed up the response to variations in the process, which include ore mineralogy differences, changes in reagent control, variation in flotation air and level control, changes to grind and equipment wear or failure.”

It is in this realm that process control samplers are most effective, although manual sampler cutters used on mineral processing plants remain common, he adds.

Manual sampling is, according to Rule, a flawed sampling technique, owing to samples being vulnerable to a myriad of human errors.

eDART’s first process control samplers were introduced to the market in 2009 to replace manual sampling, as they provide a more consistent sample, with a fixed volume, and can be timed as required to provide (human) error-free sampling.

The company supplies a range of process control samplers that include primary, pressurised, nonpressurised and secondary samplers suitable for fixed-volume and continuous sampling as required by stream analysers.

Platinum miner Northam’s Booysendal technical plant superintendent Brian Whitehead says flotation plants are generally considered to be a “black box”, where accounting samples are mainly used to quantify the effects of any changes or upsets to the circuit. “Although our accounting samples form the basis of our metallurgical evaluation, they often lack the detail required to fully quantify the effects of any changes to the circuit. For this detail, we rely on our process control samples.”

“The modern mineral processing plant now has a wider and a more informed choice of slurry samplers to meet all customer requirements, including budget,” Rule concludes.