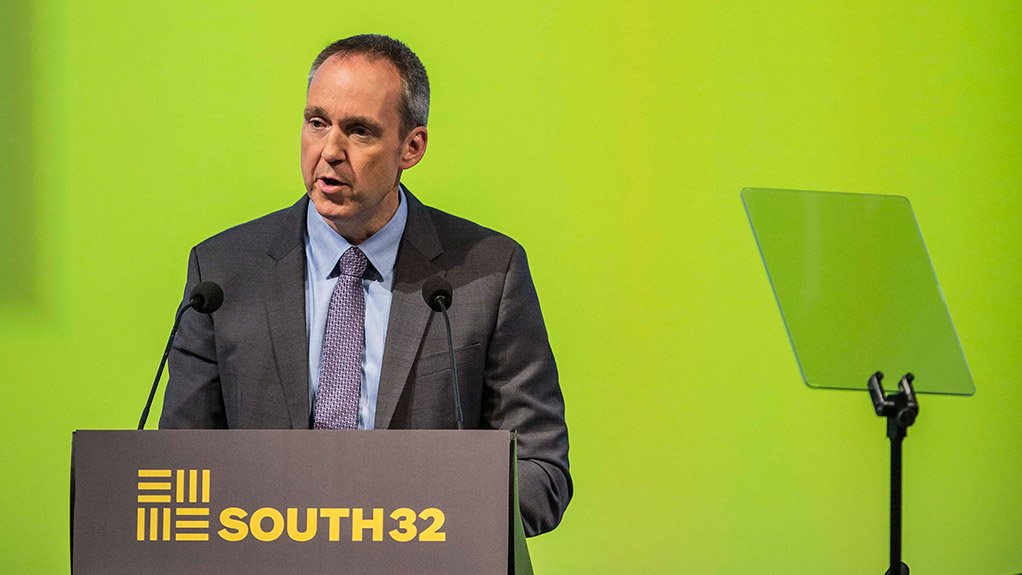 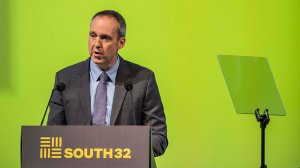 Reflecting on the company’s first anniversary since its spinoff from global major BHP Billiton last year, Kerr noted in an address to the Melbourne Club that “heading full pelt” into the worst global commodity downturn in decades was not part of the plan, though South32 had nevertheless managed to reduce net debt by $692-million.

“We’re now in a position of net cash and we’ve maintained our credit rating,” he said, adding that in 12 months the company had radically restructured its operations to review its cost base.

As a result, South32 was on track to achieve controllable cost savings of $300-million this financial year, during which time it would also reduce capital expenditure by $218-milllion.

Kerr highlighted the company’s low financial gearing and operational leverage as “a powerful combination”, further stating that South32 would now need to deploy its capital to create value for its shareholders.

“We have a simple capital management framework that prioritises safe and reliable operations and an investment grade credit rating through the cycle.

“Once we’ve met these priorities, we intend to distribute 40% of underlying earnings as dividends. Beyond this, we will create competition for capital,” he assured.

Kerr noted that the mining industry had a poor track record for deploying capital, highlighting several mining companies that had been forced to make decisions to repair their balance sheets.

“We have worked hard to get to where we are and we will be disciplined in our approach to deploying capital,” he promised, adding that, though cautious, South32 was open to external opportunities.

Still, Kerr played down any mention of near-term acquisitions in a Reuters interview on Thursday, though South32 had said earlier in the year that it would be willing to buy out partner Anglo American’s 40% stake in manganese mining and smelting joint venture Samancor.

“I am not convinced we are through the challenging price environment. I’m sure there is still more pain to come. So we can, and will, be patient,” he concluded.