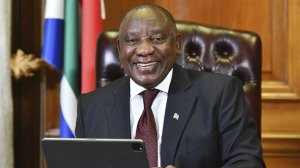 JOHANNESBURG (miningweekly.com) – President Cyril Ramaphosa will deliver a keynote address at the 2022 Investing in African Mining Indaba, which takes place in Cape Town from May 9 to 12.

The attendance of Ramaphosa, who will speak on Tuesday, May 10, signals the continued importance of mining to the South African economy as a cornerstone creator of value through investment, procurement, job creation and community investment, and its contribution to the fiscus, the Hyve event organisers stated in a release to Mining Weekly.

The mining industry more than proved its mettle during the Covid-19 pandemic, making a substantial contribution to taxes during a time when South Africa most needed it, the release added.

The president’s participation in the Investing in African Mining Indaba, where he will address mining industry leaders and investors from many parts of the world, follows on the highly successful South Africa Investment Conference in March, and will further serve as a major network for driving investment in the country and on the continent.

Mining Indaba portfolio director Simon Ford praised the high-level participation of governments in the highly anticipated 2022 event, noting that the African continent was demonstrating a serious commitment to welcoming investment in mining.

The confirmation of Ramaphosa’s attendance brings to four the number of attending Presidents at this year’s event.

Investing in African Mining Indaba is described as being the largest mining investment event in Africa, with a track record of bringing together senior government representatives, mining companies, midtier and junior miners, investors, professional services as well as mining equipment and service providers.