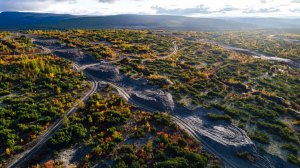 Sukhoi Log, in eastern Siberia, has been confirmed as the largest gold deposit among both greenfield assets and operating gold mines, with a mineral reserve containing 40-million ounces of gold, London-listed Polyus announced on Thursday.

Sukhoi Log has an ore reserve estimate of 540-million tonnes with an average grade of 2.3 g/t.

“We are pleased with the results yielded by our exploration programme at Sukhoi Log. The publication of the maiden ore reserve estimate represents a significant milestone for Polyus’ long-term development strategy and confirms Sukhoi Log’s position as one of the world’s highest-calibre gold deposits,” Grachev said in a statement.

Polyus said it would announce prefeasibility study results for Sukhoi Log later this year. The company previously indicated that a mine at Sukhoi Log would cost between $2-billion and $2.5-billion.