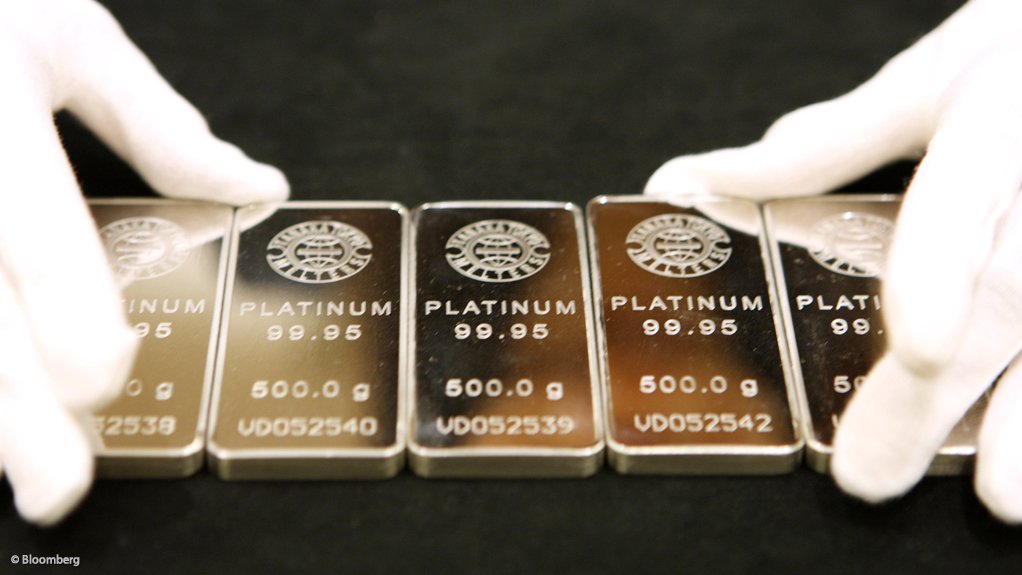 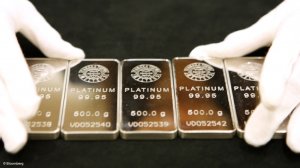 JOHANNESBURG (miningweekly.com) – Platinum prices will average $1 500/oz in 2016 and $1 285/oz this year, French bank Natixis forecasts in its metals review for the first half of 2015.

Platinum is currently trading at a far lower $1 147/oz with recycled metal and above-ground stocks still playing a price-restraining role.

“We expect demand for platinum will improve in 2015,” say Natixis commodities researchers Nic Brown and Bernard Dahlah, the authors of the 100-page multicommodity review, which also forecasts that palladium prices will average $775/oz this year.

The outlooks come against the background of the mined supply of refined platinum dropping 11% year-on-year in 2014 and the Russia-Ukraine crisis driving up palladium prices, which Natixis expects to average $740/oz in 2016.

While it expects vehicle sales in the US, China and India to increase this year, it is pessimistic on the outlook for Russia and Brazil.

South Africa’s platinum mines are expected to produce about four-million ounces of platinum and the Platinum Quarterly of the World Platinum Investment Council forecast that total global mining supply would be 5.8-million ounces this year.

As platinum is used but never consumed, it has the potential to come back into contention strongly as recycled metal, which makes it imperative for ongoing marketing to create demand for newly mined metal, Creamer Media’s Mining Weekly Online can report.

Mitochondria chairperson Mashudu Ramano has consequently called on electricity-constrained South Africa, which hosts the bulk of the world’s platinum, to commit to an initial 1 000 MW of fuel cell electrical capacity to alleviate South Africa’s power insecurity, stimulate demand for platinum and set the country on the road to the local manufacture of fuel cells.

Simultaneously, Mitochondria CEO Anthea Bath told those attending the unveiling of a 100 kW fuel cell at the Chamber of Mines building in Johannesburg, that 1 000 MW of fuel cell power would create demand for 5% more platinum metal and a 1% use of fuel cells to drive the world’s cars would translate into a 20% increase in demand for South African platinum.

Partnering Mitochondria and others is platinum mining major Impala Platinum (Implats), which is taking steps to use platinum fuel cells to power its platinum refinery in Springs, east of Johannesburg.

JSE-listed Implats, which is heavily black-backed by the strong shareholding of the Bafokeng community, is flying the platinum marketing flag high to counter the metal’s significant recycling position, which demands ongoing market expansion.

Implats wants the platinum fuel cells to produce an initial 1.8 MW of stationary power from early 2016.

The second-phase fuel cell project of the world’s second largest platinum producer will involve the installation of a fuel cell facility producing up to 22 MW operating on natural gas and hydrogen, which will enable Implats’ refinery to realise its aim of operating off the national electricity grid, the company said in a media release to Creamer Media’s Mining Weekly Online.

Implats will also in future consider opportunities to deploy stationary power plants with the ultimate aim of using fuel cells as the core energy source for its underground mining equipment, which could enhance mine ventilation, reduce heat and eliminate noxious and sulphurous emissions.