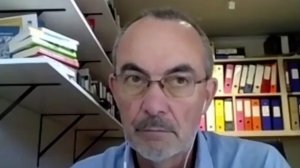 She explained that Sedibelo is co-owner of Kelltech SA, the company that has the licence to use Kell technology in the Southern African Development Community region.

Sedibelo intends to pioneer a Kell plant, which, if various conditions are met, will break ground this year.

Bethlehem explained that Kell is an alternative to a smelter, using a hydrometallurgical process to liberate metals from the concentrate without the use of heat.

She acclaimed that, when compared with smelting, the Kell process reduces electricity consumption by about 80% and reduces greenhouse-gas (GHG) emissions by 65% to 75%, depending on the set-up of the plant.

Bethlehem said this has been extensively tested, including at a pilot plant, but has yet to be built at commercial scale.

Bethlehem elaborated that the potential carbon emission savings as a result of Kell would be about 1 t of carbon dioxide per tonne of concentrate.

If successful, she said Kell would be a compelling alternative to smelters and, in time, could have a global-scale impact on carbon emissions.

Moreover, Kell would be beneficial for the lifecycle of an ounce of refined PGMs.

Bethlehem explained that if smelting accounts for one-third of the carbon emitted in the lifecycle of producing an ounce of PGM, then Kell would cut the total embedded carbon of refined PGMs by at least 25%.

The company is targeting 55% to 60% of its total electricity requirements to come from renewables by 2024.

Moreover, it is aiming for 65% to 70% of its total electricity requirements to come from renewables and storage by 2030, even as its demand doubles.

Over the next five years, the company’s electricity use will double and could potentially increase even further if future requirements to power mining BEVs are considered.

Bethlehem informed that the company was in negotiations with a preferred bidder for the development of 40 MW of solar and wind power, and intends to sign a contract in the second quarter.

Moreover, a further 35 MW is set to be built adjacent to the mine in partnership with the solar plant provider, to supply the underground mine.

Bethlehem also mentioned that while South Africa has made considerable progress in furthering its renewable energy market, there are still constraints that need to be dealt with.

While the new 100 MW own generation cap is welcomed, Bethlehem said the grid had fallen behind, with State-owned utility Eskom unable to transmit the available amount of renewable power. Therefore, the grid needs to be strengthened, which would entail considerable capital and work, she said.

Moreover, she said that, while the appetite for renewable projects is increasing, the availability of sites for corporates is shrinking, and that this needs to be addressed, given that there are many companies developing plans for renewables projects.

Also presenting was Sibanye-Stillwater energy and decarbonisation manager Jevon Martin, who said the company was aiming for carbon neutrality by 2040.

Strategic objectives to achieve this include reducing absolute GHG emissions; ensuring security of energy supply; enhancing sustainability through reduced energy and carbon costs; and partnering in the development of the South African electricity supply industry to enable decarbonisation.

Martin reported that the execution of Sibanye’s strategy was starting to deliver positive results across all of the levers. For example, in terms of technology adaptation, he highlighted active use of digital twins across its operations to enhance energy management.

He added that grid-supplied electricity had contributed 93% of the Sibanye group's GHG emissions in 2021.

“Mitigating climate change through decarbonisation is not only a global imperative, but crucial for business to remain globally competitive in the new environmental, social and governance paradigm,” Martin emphasised.

He noted that renewable energy generation would form Sibanye's primary decarbonisation lever and enhance security and affordability of supply, underpinning competitiveness and sustainability of its operations.