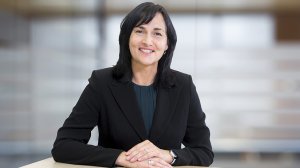 JOHANNESBURG (miningweekly.com) – Platinum group metals (PGMs) prices are expected to remain robust in the short term, with demand and supply starting to balance.

Covid notwithstanding, the average realised dollar basket price of Anglo American Platinum (Amplats) in the six-month to June 30 was 56% higher year-on-year at $1 956 a PGM ounce, and the rand basket price 80% higher at R32 166 per PGM ounce. Net sales revenue increased by 28% to R54.8-billion.

Platinum, palladium and rhodium are expected to remain in deficit this year, Amplats CEO Natascha Viljoen stated in the JSE-listed company’s report for the period in which it delivered 6%-higher R13.1-billion of earnings before interest taxation depreciation and amortisation and declared an interim gross cash half-year dividend totalling R2.8 billion.

“With good prices like these, it obviously opens up the market for growth projects,” Viljoen responded Mining Weekly in a Zoom interview following the presentation of results. (Also watch attached Creamer Media video.)

In an earlier media call in which Mining Weekly participated, Viljoen said: “We believe that the demand recovery will be probably a little faster and stronger than the supply side and that’s the basis for our prediction that we will remain in slight deficit this year for three metals, namely platinum, palladium and rhodium.

“We’ve seen some of the highest prices achieved for palladium and rhodium since April, and for platinum some of the highest prices since February, before we started to see the Covid impact. If you look at wider macro factors that are playing a role, it's not only the supply-demand, but also the US dollar and we’ve also seen some of the equity markets rallying as we started to see investors look beyond the impact of Covid. We expect to see exceptional central bank stimulus, which I think will also support the prices, probably in the medium term,” Viljoen said.

The company is in the process of turning its exceptionally successful Mogalakwena PGM mine in the Limpopo province into a 50-plus-year asset. Then there is also the Mototolo/Der Brochen project and the debottlenecking of Unki in Zimbabawe.

“The studies are under way under the scrutiny of our robust capital allocation framework in making sure that it makes sense for us to grow those assets,” said Viljoen.

In response to journalist questions on the potential growth and replacement options at Mogalakwena, Viljoen said: “We have progressed the Mogalakwena study from prefeasibility to feasibility in the last couple of weeks but it’s important to recognise that there are a couple of components that are under consideration to really shape the asset for 50-year life. We will be in a position to make an informed decision towards the latter half of next year.”

Viljoen paid tribute to former CEO Chris Griffith and his team for simplifying the business into a suite of high quality assets, and said that an opportunity was being pursued to modernise the conventionally mined Amandelbult underground mine into a future mechanised mine.

An expansion opportunity from the already mechanised Mototolo mine into Der Brochen would be taken forward from next year onwards, with first production in 2023.

“Then, we’ve got our Unki mine in Zimbabwe. It has a team that has continuously performed exceptionally well and which is really setting the benchmark for all of us from an underground mining perspective. Unki has a debottlenecking project under way to make sure that they optimise the full value of their asset.

“In addition, we have our joint venture partners at both Modikwa and Kroondal and then I think it’s very important to recognise the strategic importance of our processing capability and a strong suite of assets in the portfolio linked to very good value chain integration and making use of toll agreements to optimise the usage of our processing facilities, really gives us an holistic, very strong business on which to build the future,” Viljoen told Mining Weekly.

Capital efficiency, energy efficiency and water efficiency are being targeted through the intended introduction of technologies like bulk ore sorting and coarse particle flotation.

“In addition to that, we have a very strong digital framework that will definitely support us in our journey to deliver benchmark performance, as we’ve seen our P101 journey develop,” Viljoen said.

As reported by Mining Weekly, the smart technology and efficiency enhancing programmes instituted by Anglo American have netted the group $4.7-billion so far. FutureSmart Mining (TM) programmes deliver additional value from equipment and processes and P101 uplifts the performance of existing operating assets, the products of which have been tailored to foster a cleaner, greener and more sustainable world.

“As far as our markets are concerned, we’re very excited about the role that we can play in clean energy and the development that is taking place from a hydrogen economy point of view and we’re certainly very much looking forward to our hydrogen truck, which we believe we’ll have the first prototype for and wheels on the ground by the first quarter of 2021,” Viljoen said.

The supporting renewable energy project at Mogalakwena is still under way, with 75 MW being targeted at the start and potential expansion to 100 MW.

“The project is still going through the process of getting all the necessary approvals, so we’ll make use of normal energy supply in the interim, but the long-term positioning will be that this will be totally green hydrogen production,” Viljoen told Mining Weekly.

An holistic approach is being considered at Mogalakwena that will not only match a half-century-plus to its size, processing and concentrator facilities, opencast and underground mining, and mine-to-market value integration, but also to its community relationships. “We’ve got communities there and we’d like to be responsible neighbours for 50-plus years, and it’s important that we shape that relationship in the same way,” said Viljoen.

“Clean air is probably where we can make the biggest impact, whether through the loadings on internal combustion engine vehicles and the impact that has on clean air or whether it is through fuel cell electric vehicles. It is only battery electric vehicles that do not have any PGM loadings.

“Then, obviously, the hydrogen economy, which is very exciting for us both in terms of fuel cells and also electrolysis that will use PGMs, and from building in that ESG environment, where PGMs are a very important role player.

“And I don’t think we should under estimate the role that PGMs are playing in other sectors, like the industrial sector, which is also impacting significantly in making people’s lives better,” Viljoen said.

PAYMENT TO THOSE NOT WORKING DURING LOCKDOWN

On R1.2-billion being paid to employees not working during the Covid lockdown to ensure all employees received their full salaries and benefits, Viljoen said that this extended to the end of June and was predominantly for employees who were part of the vulnerable group of employees who have not yet returned to work. In addition to that, it was for employees in the Southern African Development Countries, who were not able to return to work. "At this stage, we'll continue to pay employees not at work as we have been up to this point," Viljoen told journalists.

On the likelihood of Amplats paying a final dividend at year end, Amplats CFO Craig Miller said in response to journalist questioning: “We declared an interim dividend in line with our policy. We have a very disciplined capital allocation framework that we consider and that we will work through at each reporting period. We’ve got growth options that we continue to explore. We’ll do an analysis of those and what additional returns, if any, we could make to shareholders at the end of the year. We all recognise that there are a number of headwinds that we have to overcome in the second half of the year before we’re in a position at the end of the year to return additional  cash to shareholders. From our perspective, we’re very, very pleased to declare the interim dividend of R10.23 per share.”