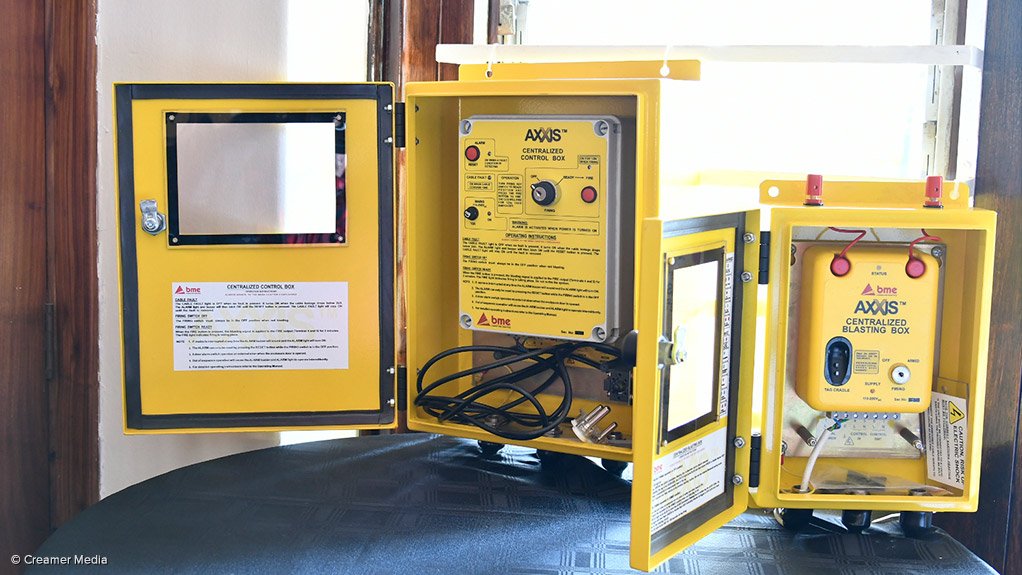 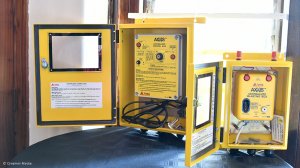 The system was officially launched on Wednesday.

The AXXIS system, installed at the Cullinan mine in December last year, was designed and developed by BME in collaboration with AEC, and comprises a centralised control box, centralised blasting boxes, a logger and a portable control unit.

BME technology and innovation product manager Neil Alberts explains that the handheld logger and the blasting boxes, which have been installed underground, relay data to the surface control box, which enables real-time local- and remote monitoring, to improve decision making pre- and post-blast.

He says the company’s engagement with Cullinan began in 2016, as BME was finalising the development of the AXXIS system, and that the mutually beneficial partnership resulted from BME’s need to field test its system, and Petra’s need to improve its blast efficiencies in line with its Centenary Cut expansion project.

A programme of trials was arranged between Cullinan and BME to install the system underground and run a series of field tests in terms of South African National  Standards (SANS) 1717 for the design of the detonator initiation systems for mining and civil blasting applications.

A trial certificate from the Inspection Authority was also secured and issued by the Department of Mineral Resources.

The AXXIS system’s first blast at Cullinan was initiated in March.

Alberts notes that, to date, 9 000 electronic delay detonators have been initiated and 84 blasts have occurred .

Having completed a period of “significant” investment, Petra Diamonds’  expansion projects are reaching end-state and the company is embarking on steady-state operations. “A key strategic objective is to optimise value from its operations,” says Petra drill and blast engineer Johan du Plooy.

The Centenary Cut project is rapidly ramping up production and nearing full production. It is primarily supplemented by the CC1 East block and is expected to deliver run-of-mine (RoM) production of about four-million tonnes a year by 2019.

The Centenary Cut has an estimated 12-year life and a resource of about 130-million carats.

Blasting using the AXXIS system is expected to conclude in 2020. Full production of about 4.3-million tonnes a year is expected from 2021.

Du Plooy notes that the expansion project is aimed at improving production, diversifying the product mix and minimising operating costs.

He notes that the Western orebody, where the Centenary Cut is located, typically produces bigger and more specialised diamonds, and that an upgraded mill – installed in May 2017 – will contribute, together with mining new areas, to an increase in production of about 1.7-million carats a year (1.6 million carats from RoM and 100 000 from tailings.)

He adds that, because Cullinan mine exploits different mining blocks within the subvertical kimberlite pipe intrusion on different horizons, “any localised blast system [would be] complex to manage, time consuming and more prone to blast failures and safety breaches”.

Alberts explains that each centralised box is equipped with a unique security key to prevent unauthorised access and that the unit can not fire if a fault is detected.

Further, Rorke notes that there should not be any problems in terms of stock availability, as the boxes and the detonators are manufactured locally.