Palladium One obtains another project in Finland

Palladium One obtains another project in Finland 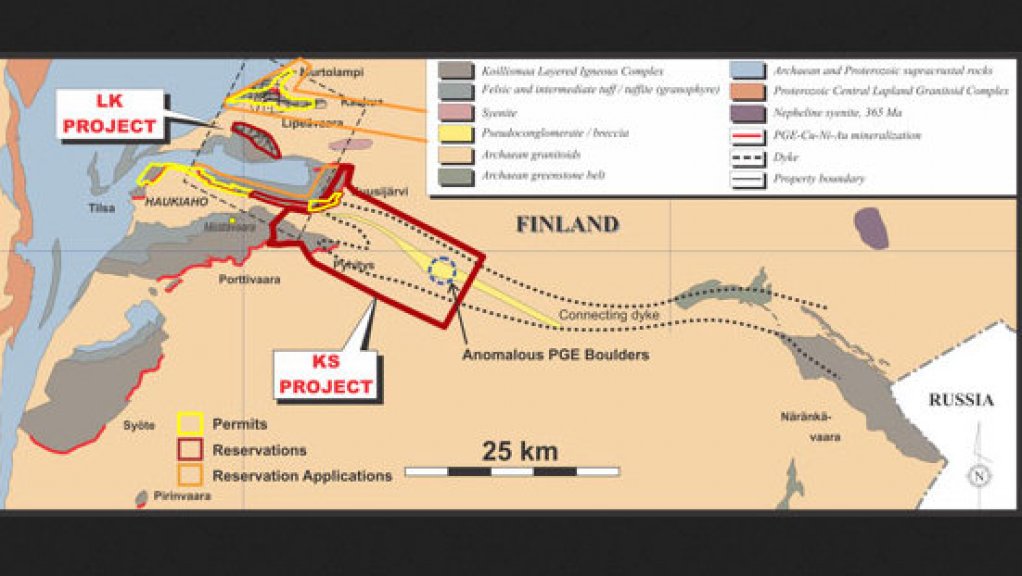 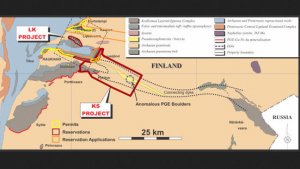 Vancouver-headquartered Palladium One Mining has received approval from the Finnish Mining Authority for a 20 000-ha reservation, Kostonjarvi (KS), which is adjacent to its flagship Läntinen Koillismaa (LK) project in central Finland.

The KS reservation covers a large buried gravity and magnetic anomaly that is interpreted to represent a buried feeder dyke to the Koillismaa complex, which hosts the palladium dominant, LK platinum-group-elements/nickel/copper project.

While the LK and KS projects are contiguous, the targets are very different: The LK project is an openpit style, with disseminated sulphide mineralisation along the prospective basal unit of the Koillismaa complex, with similarities to Platreef type deposits. Whereas the KS project target is underground, high-grade massive sulphide, in the feeder system of the Koillismaa complex, similar to a Norlisk, or Voisey's Bay type deposit.

"KS is 100% owned, royalty free, of district-scale, and has been the subject of extensive academic research.  Just as with our palladium dominant LK project, KS is under-explored, notably where it connects to the Koillismaa complex. The KS exploration targets are ‘traps’ in the feeder dyke with the potential to host massive sulphide accumulation,” explains CEO Derrick Weyrauch.

The company now possesses two significant projects in Finland with potential for large mineralised systems with similarities to Platreef- and Norilsk-style deposits.

There is no holding cost for KS until the reservation is converted into an exploration permit.