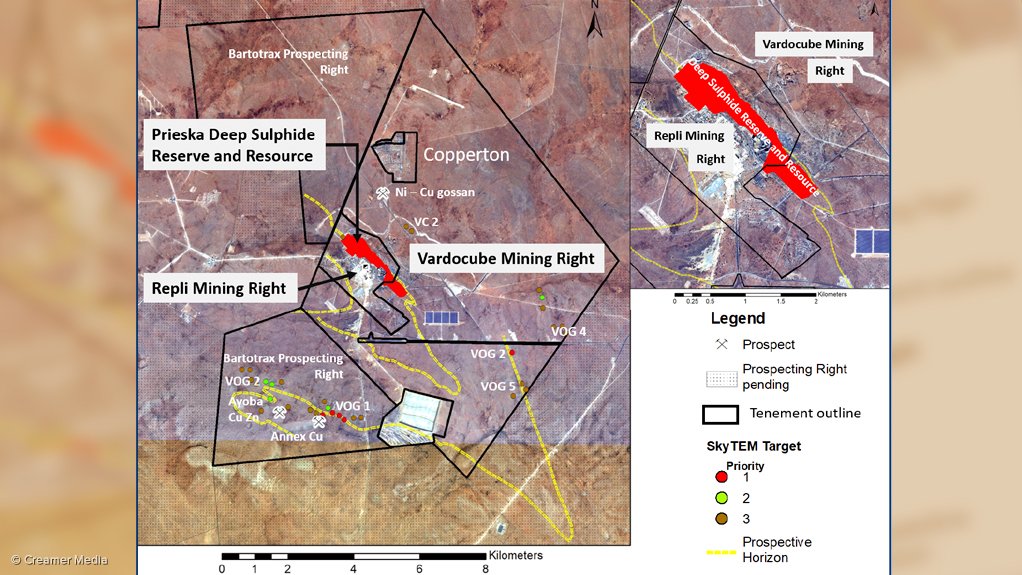 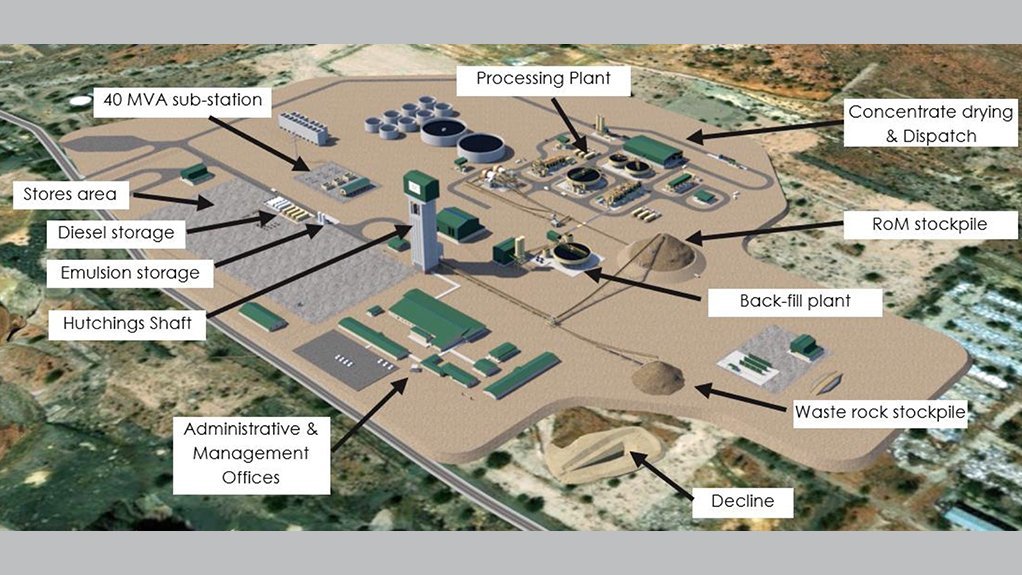 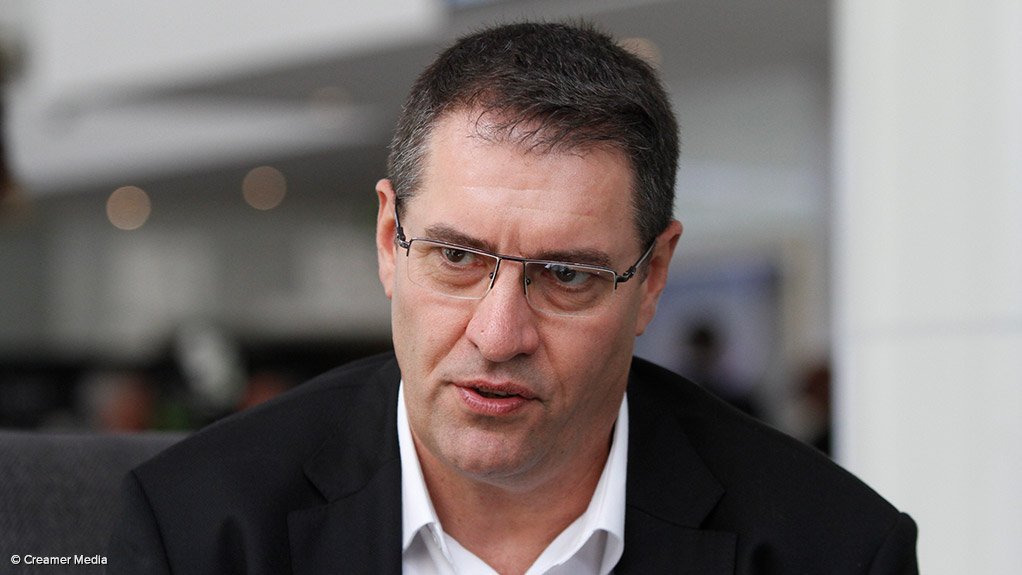 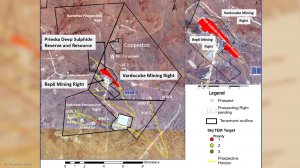 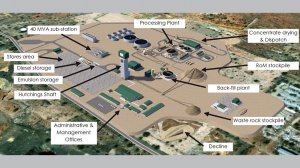 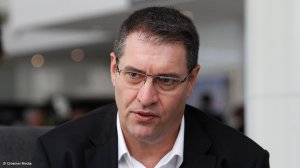 JOHANNESBURG (miningweekly.com) – Orion Minerals CEO Errol Smart is over the moon about the granting of the final mining right for the Prieska copper/zinc resource, near the Northern Cape town of Copperton – and it comes with exciting exploration rights included.

“We’re extremely pleased that the final regulatory hurdle for the development of the Prieska copper/zinc mine has now been fulfilled,” was Smart’s comment to Mining Weekly on the project now being declared shovel ready.

Prieska is now positioned to play a major role in the post-Covid economic recovery of the Northern Cape region of South Africa with the development of a world-class base metals mining operation. What is more, important near-mine Bartotrax exploration upside is also covered by the latest right.

More than R450-million (A$36-million) in foreign direct investment has already been made to reach this stage and is now poised to bring in a further investment of R5.4-billion (A$432-million) over the next three years as Orion constructs a mine projected to deliver more than R40-billion (A$3.2-billion) of mineral exports over an initial 12-year life.

But Smart sees this as just the start of Orion’s campaign in the region, with the Sydney- and Johannesburg-listed company holding more than 3 200 km2 of prospecting and mining rights in the Areachap Belt in the Namaqualand region of the Northern Cape.

“There’s enormous interest in the project. Our market cap has basically doubled in the last three weeks. People are realising that projects like this can deliver huge returns,” said Smart.

The bankable feasibility study (BFS) not only has payback at a mere 2.4 years at an all-in sustaining margin of 47% but also spreads environmental, social and governance (ESG) principles across the length and breadth of the entire project for the benefit of local communities and the initial 1 000 employees.

The multiplier effect then puts an additional 3 000 people into employment and money recirculates back into the economy because materials are being bought locally for construction, the construction industry is supported, along with the transport industry and all other related industries are stimulated from it.

The BFS highlights a 2.4-million-tonne-a-year copper and zinc mining operation at the brownfield Prieska project.

Mine construction can begin once funding is secured, with concentrate production scheduled to commence 33 months later.

At peak production, the Prieska project is expected to deliver 23 000 t/y of copper and 88 000 t/y of zinc in concentrate.

“The entire mining and management practice is completely modern, automated and Fourth Industrial Revolution enabled. From day one, everything’s going to be done the modern way, the ordered way, highly digital, highly inter-connected using the Internet of Things,” said Smart.

He is expecting a lot of positive response to the final mining right being granted as he visits investors and bankers over the next couple of weeks to raise the R5-billion in the form 60% as senior debt, 20% pure equity and another 20% in various other forms of finance.

The first sod is expected to be turned in the first quarter of next year.

The Vardocube right covers 27% of the ore included in the BFS and follows the granting of the environmental authorisation, which together with the water use licence granted earlier this month, constitute the key approvals required to operate the Prieska mine.

DEMAND FOR COPPER AND ZINC

“It’s a shovel-ready copper project of significant scale and the exploration potential around it is so significant that we could have a copper producing district,” says Smart.

“That’s coming very close and I really want to put that in front of Treasury shortly, and also getting junior mining established,” he says.

Last month, the economic transformation committee of the African National Congress stated in its 30-page reconstruction, growth and transformation document that companies should be encouraged to list on the Johannesburg Stock Exchange and that South African retail investors willing to invest in listed mining exploration companies should be incentivised, as is the case in other mining jurisdictions.