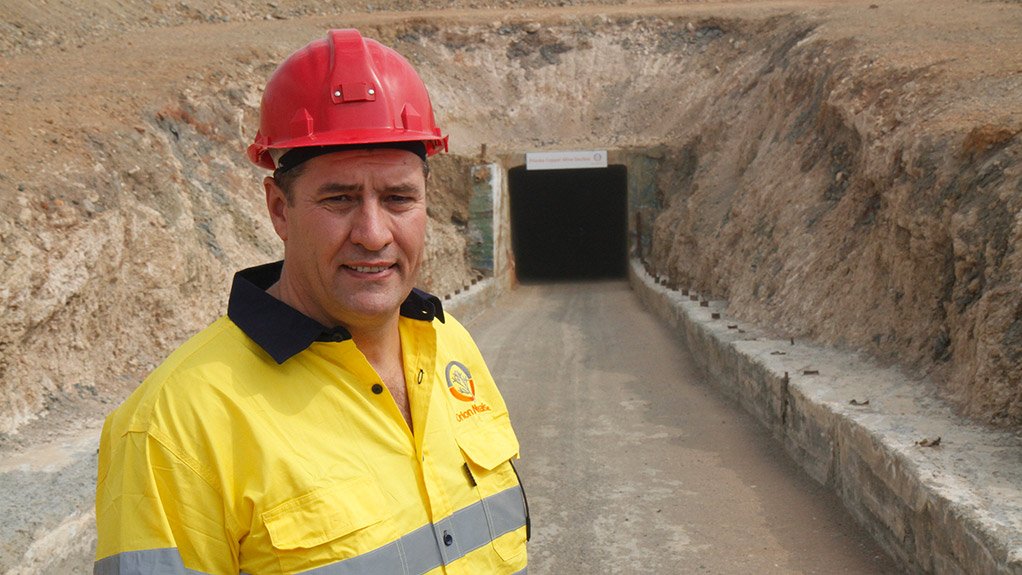 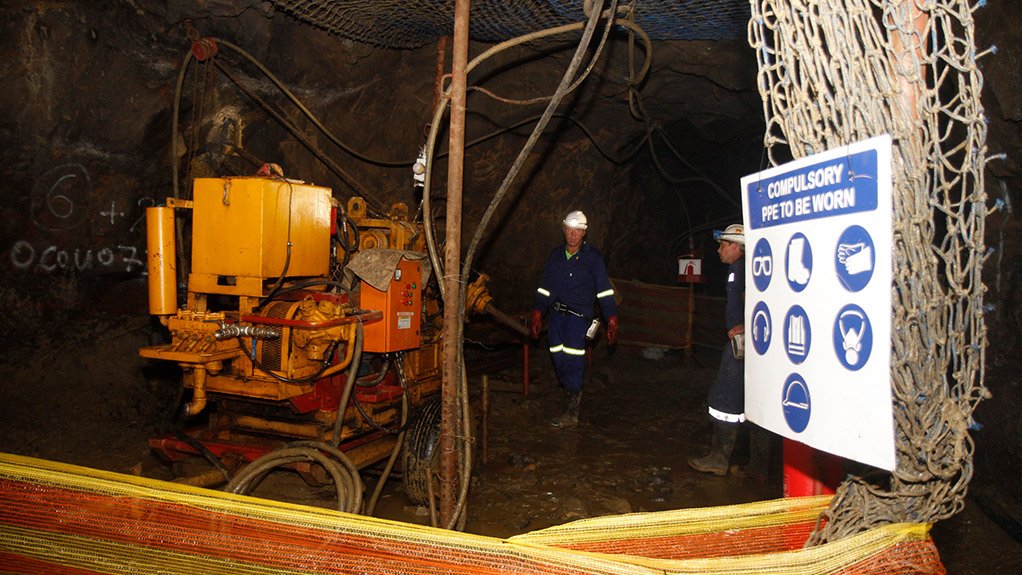 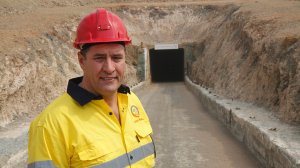 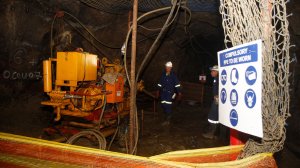 NORTHERN CAPE (miningweekly.com) – ASX-listed Orion Minerals, which will list on the Johannesburg Stock Exchange on Monday, is focused on fast-tracking the development of its Northern Cape-based Prieska zinc/copper project.

The company plans to leverage the secondary listing to open up more efficient local funding options through the addition of a new market.

The group acquired Agama Exploration and Mining in March, which, through its subsidiary companies, holds an effective 73.33% interest in a portfolio of projects, including an advanced volcanic massive sulphide zinc/copper exploration project with near-term production potential at the Prieska zinc/copper site.

Speaking to Mining Weekly Online during a tour of the company’s recently reopened underground project, Orion CEO Errol Smart said that the listing would enable South Africans to participate more actively in the company.

“About 9% of Orion’s register on the ASX is held by South Africans. They can’t, however, increase interests or participate any further owing to exchange control regulations, rendering them almost disenfranchised, and they want to continue to hold stock and be active shareholders in the company,” he said.

Smart explained that Orion received numerous requests from South Africans who were interested in investing in the company and were unable to do so through the Australian Stock Exchange. The company therefore decided that the JSE would be the fastest route to overcoming that obstacle.

He highlighted that the JSE was on equal terms with foreign investors, which was important to the company.

Smart added that, with the JSE being an internationally recognised exchange, the company’s new listing could potentially attract European investors.

“It would be beneficial to be in the same time zone as European investors. Currently, being listed on the ASX we are not, which is challenging,” he said.

ZINC/COPPER PROJECT
The underground development and regional infrastructure and services in place at Prieska are estimated by Orion to have significant replacement value, which will assist in the feasibility and economics of any potential redevelopment of the mine.

The underground mine is accessed through an 8.8-m-diametre concrete-lined vertical shaft to a depth of 1 024 m.

“Three separate ramp declines have been developed to access the deepest ore at a vertical depth of 1 140 m,” said Smart.

The mineralisation lies in a synformal structure and the target lies in the keel and upturned limb of the syncline, above 1 200 m.

Explaining how Orion became involved in the Prieska zinc/copper project, Smart noted that, in 2014, the company decided to go up the mining value chain.

“We had been doing greenfields exploration that was mostly Australia-focused, which gave us a lot of experience exploring for massive sulphide-style mineralisation. We took a step back and saw we were reaching the bottom cycle of the metals market,” he said.

Smart said that the company specifically wanted to go after zinc and copper projects.

“After conducting a global analysis, we were unable to find a project that would be a game changer, until I was introduced to the Prieska project, which was everything Orion wanted in a project,” he said.

He explained that proper infrastructure, services, power, water and professional skills, which are readily available in South Africa, are crucial when it comes to big base metal projects.

He pointed out that Prieska’s orebody was exceptional, noting that, when it was discovered in the 1960s, the orebody was underestimated.

“It was discovered as the style of mineralisation was beginning to get understood globally, however, this was towards the end of exploration in South Africa in the 1960s, when exploration came to a grinding halt as it become a reality that mineral rights were going to change,” he said.

Smart noted that there was also a period of sanctions and disinvestment in South Africa and, ultimately, the mine was shut down prematurely, with a very significant historical ore reserve remaining.

Prieska has already produced 47-million tonnes of sulphide and there is at least another 30-million tons of potential ore remaining.

“This is the one place in the world where there hasn’t been sufficient exploration on the surrounding ground,” he said.

Smart added that Orion is the beneficiary of A$2.5-million of development aid from the Australian government to develop exploration techniques which are directly applicable to the Prieska style of mineralisation.

“This new style of exploration has never been used in South Africa; this area hasn’t been explored for 30 years. We see a fantastic opportunity to pick up a known and completely underutilised data base,” he enthused.

DRILL PROGRAMME
According to Smart, Orion has embarked on a drill programme and the results to date have been beyond expectations.

The company has 182 drill holes in a large orebody and 44 intersections still need to be drilled to provide statistical validation.

“It’s the biggest drill-out programme currently being undertaken in South Africa. We have 14 drilling rigs on site at the moment and expect to complete drilling by February next year,” he said.

As part of its due diligence process, Orion has digitally captured, validated and modelled all available project drilling data, from hard-copy sources.

He noted that the mine was being built with a zero-expansion management plan, highlighting that Orion was not redeveloping the old mine, but rather building a new brownfields mine with the services of the historic mine still available and intact.

“We have water that is piped 68 km from the Orange river, which is still delivering potable piped water to the mine site today,” he said.

Moreover, there were four State-owned Eskom regional power grids linked to the mine substation, which has become a hub for 600 MW of independent power production using solar and wind power.

Infrastructure is well developed and there is a tarred road leading into the middle of the desert, where the mine is located.

He added that a bankable feasibility study was currently under way, aimed at building on the substantial existing historical dataset relating to mining and processing activities, as well as the new information being generated by the on-site activities.

“We will apply for mining rights in February next year so that we can be in a position to go on-site for construction in 2019,” he concluded.