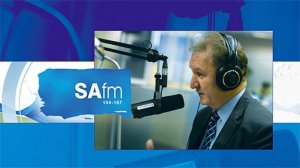 Creamer: South Africa has got superior sun and prime wind, but there have been so many constraints to actually grasping this. We see countries with lesser attributes in the world, Europe, going for solar power. Now, at last, the penny is beginning to drop and this is what is ideally suited to South Africa. We can see that there was a clarity meeting early in January when the department called for a request for information.

They advertised for people to come forward and there wasn’t even any seating room in Centurion. People packed the audience to let them know that they wanted to come through with solar power, in particular, in sunny South Africa. It makes such a lot of sense. For some reason there has been red-tape and there is still some red-tape, but people are just cutting their way through it. We saw breweries announce yesterday that they are already 50% solar powered and by 2025 or even before they want to be 100% solar powered. They even are recharging their vehicles with solar power.

The momentum is there at the below 1 MW level where we just see roof tops being covered now by panels as people go through. But, we have got to take the bigger step to get industry more involved, in particularly the mining industry, which is ready to do hundreds of megawatts and has the money to do it. All it needs is cooperation from Eskom and the red-tape to be finally removed.

Kamwendo: While South Africa’s mineral resources and energy sector is losing jobs, Australia’s mining industry is in a jobs boom.

Creamer: It always breaks my heart to see Australia always ahead of us. They have been ahead in the solar power and hydrogen generation. We are similar to that country in terms of heat generation in terms of what we can do. In my opinion we have also got many more attributes. Now, the report coming through from the Australian Resources Energy Group that they are predicting 21 000 new jobs by 2024 at a time where we are still retrenching on the mines.

We saw the final retrenchment notice come through from Sibanye at Marikana the retrenchment figure was 1 142 employees. This is a sort of a ritual that comes through all of the time as there is a down scaling in mining where we know if there was proper energy and the sun could give it, we could get more jobs there, as it is happening in Australia.

Kamwendo: Anglo American is keen to enter the fertiliser space by mining polyhalite in England, Brexit notwithstanding.

Creamer: Anglo has been associated with gold, iron-ore and copper at the moment and we know the names of Mpumalanga and Sishen associates with Anglo. But, now we have got to look at  Scarborough and Whitby and Middlesbrough and English names in North Yorkshire, because they are keen now to acquire an asset, which will put them into the fertiliser space.

They are, of course, moving out of coal and moving more into green minerals. This is another example of wanting to do it. They are now talking to a company that produces polyhalite, which is a fertiliser product. We could hear that they picked up a bargain pretty soon.