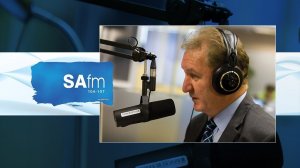 It’s that time again on a Friday when Update At Noon host Sakina Kamwendo presents another Update From The Coal-Face with Martin Creamer, publishing editor of Engineering News & Mining Weekly.

Kamwendo: South Africa’s National Society of Black Engineers this week called on the government to enable the development of a local hydrogen economy.

Creamer: Yes, this was a very important call by the National Society of Black Engineers, which was made by the society’s president, Mdu Mlaba. He's seeing great opportunities for green hydrogen particularly, and the opportunities need a policy backbone, they also need execution of investment, and he's calling on the government to please hasten this, because we can see in Europe at the moment, there is such a commitment to going green, that they want to have it by 2035, which is massive for a region of that size. I'm told that if you're in Germany now and you've got a hydrogen car, you can drive around Germany without any problem, there are refuelling stations for you, and this is a huge advancement very quickly. It's also very useful because of the urgency around getting sovereign energy. Energy freedom is so important at the moment. The high risk of a country getting its energy from a risky source is now giving rise to hydrogen being pushed in a very big way. And this is great for South Africa, because of the need of the fuel cells to get vehicles going. The fuel cells need platinum group metals, and the platinum group metals come from South Africa. So, it's an important breakthrough for us.

Kamwendo: The UK think-tank SFA Oxford has declared hydrogen to be key to the long-term use of South Africa’s platinum.