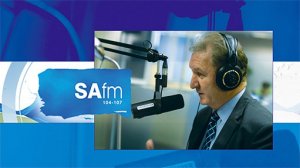 Kamwendo: South Africa needs to change the structure of wealth and opportunity for millions upon millions of its citizens.

Creamer: This is a brilliant issue which has been raised by the Centre for Development and Enterprise (CDE) under Anne Bernstein. I think she needs to be complimented for really tackling what is so important at the moment. We definitely need to accelerate economic growth as so much centres on that.

What the CDE said, is let the private sector fund a Blue Ribbon commission to try and really get to the bottom of this. Blue Ribbon commissions we are not used to in South Africa, they happen in the United States and they do tackle controversial issues. This is more then a controversial issue, this is a life and death issue. If we don't have this economy accelerated, we are going to have millions upon millions of people out of work.

The next big target of whatever growth we have here has to be mass employment. What this think tank is saying is that, number one, we have got to accelerate growth, number two, it has to be urban-centered, it has to be urban-led, because that makes it more efficient. You can not scatter it throughout the country, it has to have its development nodes.

The outcome has got to be mass employment. We cannot have this narrow jobless growth that we have been having. We have got so used to jobless growth now, really benefitting a narrow body of the community. That has got to end and we know that even the community as we have now, our middle class base that we have, is insufficient to actually leverage this mass employment for everybody. We have got to have a minimum of 4%, but we are going below 1% here.

What happens here is that you have everybody here trying to get opportunity out of a smaller and smaller cake. It leads to a quarrelsome development that is not conducive to good politics. The politicians should really realise that, that it is about the economy, stupid, and we have to really get this economy really moving again so that young people coming out of schools have got some opportunity.

The masses of people that are still unemployed get a growth factor growing and new thinking needs to come into this and CDE needs to be complimented on the leading the way.

Kamwendo: The modernisation of South Africa’s mines is at the heart of a new State-backed mining equipment body.

Creamer: We have a situation where the mines have to be modernised and when you modernise these mines to extend their life, and that is so important, people around the world are trying to extend the life of their mines, because this is a national patrimony. This is something that the country owns, the people of the country are the custodians of all this.

They want to extend it, but the way to do it now is through modernisation. We have got to get equipment in there, we have got to have technology introduced that we haven’t had before. At the same time, we can’t afford to lose jobs. So what is the way to do this? It is to make the equipment in the country, so that it becomes job neutral and that the people who are losing on the one side are gaining on the other side. That is why this Memsa initiative is so important.

The manufacturing of mining equipment here locally, because we have got a specific problem in our mines, our stopes are narrow. The gold and platinum are in areas as high as this table, you have got to get under it and need special equipment. Now, we do have the remote controlled equipment in the bigger orebodies, so what we need to do is to transform this into the ultra low profile environment and that is what is going to happen hopefully just down the road here at Auckland Park.

We have got laboratories standing empty, which is another terrible thing. It used to be the Chamber of Mines that operated it. Then the government took over and the CSIR and now nobody is doing it. There is a site down the road that they want to use as a centre for rebuilding and modernising the mines through equipment manufacture.

Kamwendo: Lesotho aims to become a major diamond producer over the next few years.

Creamer: We think of Botswana all the time as the big diamond producer, but Lesotho is really rich. There they are not only high value, but the highest up in the Maluti mountains.

We know that Gem have done very well there and the diamonds that they get are big and rich and they get a lot of money for it. Now, the Lesotho government is saying let’s take this further and they are looking to four more diamond mines coming into effect in the next two years in neighbouring Lesotho.