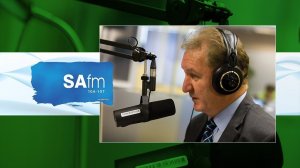 Kamwendo: The Bafokeng have taken the lead in going green by doing a spectacular deal with Northam Platinum.

Creamer: Very far-seeing the Bafokeng, they always look far that is why they have got all that platinum assets, because they took title to the land there, which gave them access to all that wonderful magical platinum. Now, they are looking even further then platinum and in doing this deal with Northam Platinum, they actually still hold on to a nice share of platinum, but they also get commitment from the buyer Northam Platinum to actually assist them to go into the green economy.

The timing is perfect, because it is just after COP26. The whole world is looking at people going in to renewable energy and if they have got the platinum background to go into green hydrogen and if they do that they can link it to small business development, which they have already done. The second commitment they got from Northam is that Northam would help them develop small and medium size enterprises and get them onto the mine value chain. That will be linked to this whole deal.

On the educational front was the third commitment. They are talking about a trade school and unemployed children in that area around Rustenburg coming into trades schooling to prepare them for this whole green economy. So everything is linked to platinum, the green economy and getting our employment going.

Creamer: Yes, Gwede Mantashe was speaking to the African Energy Week and he said that the green hydrogen market presents a huge opportunity for Africa to position itself as a global competitor in future green energy markets. Everyone of those words he uttered is key, it is important.

He spoke of South Africa and Zimbabwe being blessed with platinum group metals, which can help the continent to spearhead this, because of the use of these platinum group metals both in the electrolysing to create the green hydrogen and also in the fuel-cells which not only give you mobility in your cars, but can give you normal power like Eskom does. So, all this is coming to ahead at a time when the globe is really looking towards hydrogen and fuel-cell technologies. South Africa is well positioned here, because we had Hydrogen South Africa part of the Department of Science and Innovation starting on this 15-years ago.

People have already been trained up and produced the green hydrogen from renewable energy, so we are really quite well ahead. On top of that we just had these 25 referred bidders selected in the 5th round of renewable energy programme by also Gwede Mantashe. These came in at very low prices, which is very important.

Kamwendo: Global cooperation is essential in moving the needle against climate change, COP26 has emphasised.

Creamer: Absolutely, COP26 has been followed by a lot of statements around the world and big adverts, I am just looking at a double page spread advertisement in the Economist by the Japanese who have always promoted this climate cooperation. They are talking about the need for real global cooperation, because this is COP26. We have had so many COPs, we hosted the COP17 in Durban.

If we had actually gone along with it at that stage there were so many fantastic promotions there and investigations and reports and research and development, which said South Africa could put itself at the forefront of all of this. We got bogged down in other things and we know need to catch up. But, this global corporation is important and we see certain countries not coming to the party. Well-known countries saying that they are going to continue to not only have new coal mines and new fossil-fuel developments, but they are going to subsidise it. That is really crazy.

A lot of plea is being made now over CNN and all the news to say that this has got to stop, because without global cooperation we are not going to beat climate change. If we don’t beat climate change, the whole planet is going to be turned upside down. Hopefully out of COP26 will come the solution, but some people are still digging in, unfortunately, in the wrong direction.