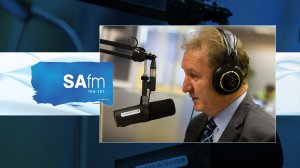 Kamwendo: Technology has been configured that will unleash another mining boom when implemented by the struggling mining industry.

Creamer: The mining industry has been a terrible laggard. They would build plants that lasted for 50 years and when you came along to them and said there is new technology they will spurn it and say they have got to keep doing things the way they are, because they are invested in it.

Now, a new era is coming in and just like people change their cellphones every three years and their cars every four years, the mines want to move with technology. Although they have been terrible laggards, there are so many other interests that have been streaking ahead and this is now benefitting mining.

Mining can go along and take technologies off the shelf, they are proven. They have been proven by automotive industry, pharmaceutical industry, by this that and every other industry. They can reconfigure those and quickly get gains as we see happening now in South America.

We see that pilot plants are no longer just pilot plants, these are plants that are delivering at low cost. If you can do it with one metal the chances are you can do it with another metal and mineral. That is why they are saying we could have in the next ten years, three or more mining booms. It wouldn’t be just because there is huge demand for the commodity, but because you slash your costs.

What they are talking about now is getting close and close to the face and having coarser material instead of having something ground down to 170 microns as they have to do now in the crushing process. Leave it at 500 microns as that helps you with the water, they are always putting water in and then they have got to get the water out. Then we end up with these slimes dams and people get killed.

We have had Merriespruit and there has also been that terrible disaster in Brazil. They are saying now let’s go waterless, we can do it if we do a different type of coarse-particle recovery. That already is showing that it works. So, it is a question of spreading it around. While they are doing that, they are embracing more and more technology and talking about swarm robotic mining that sort of mimics the locusts eating a field and ants walking around executing tasks.

We have been used to big shovels and big trucks, but smaller is what they are thinking now, in the next phase. As technology comes into agriculture, for instance, where they are using ag-bots, they are saying let’s follow these guys, we can do these things and there can be a lot of self-learning.

Also, because mines have got the depth, cheaper energy can be generated because the kinetic energy of that water falling down the mine, which can be used for electricity generation. All sorts of ideas coming into play and the hope is that mining will start booming again, mainly because of technology.

Kamwendo: A massive 40% of the gold ore in South Africa’s rich gold basin is wastefully left behind because of outdated mining methods.

Creamer: Mining still defines our economy in South Africa, even more than 100 years later. The situation in gold should not be the way it is, because we have still got as much gold in the ground as we had 100 years ago. But, the chances are we can only mine another 200-million ounces of it the way we are doing it now.

Whereas there is another 1.1-billion ounces down there to get if we are prepared to change. So, the change is actually imperative, because we need to keep that revenue coming through and there are so many different ways of doing this now that you can get continuous mining.

You don’t have to just mine 270 days of the year, you can go 365 days of the year. All those pillars that you left behind, because we have only taken out 60% of what was there anyway, we left 40% in. You can now go in and mine those pillars. We know there are boring systems that are already being applied to get the gold and only the gold out of there and then you backfill so that mother nature doesn’t know you have taken it out.

Besides that there are so many other advances that we are talking about here, with coarse-particle recovery and swarm robotic mining being two of them. The use of information technology (IT) and algorithms pinpoint exactly where the gold is and how you get it out in a less wasteful way. The waste that we bring up costs a fortune. If you cut down the waste that you have to bring up to surface, it will change your cost paradigm dramatically.

Kamwendo: If platinum ore could be pre-sorted using modern technology, output would more than double without a cent of additional capital needing to be spent.

Creamer:  This is another beauty. Because of these technologies coming through, and your ability to reconfigure proven technology, you don’t have to spend too much initially.

You don’t have to be very mining focused initially, because a lot of the people who provide technology have been very cross with the mines, because the mines have been arrogant. They want to take the intellectual property and say if you work with us we own the intellectual property not you and that has put a lot of people off in the past. But now mines are becoming more open and saying let’s work together, have open forums and innovation is emerging.

We see even with platinum in the short term if they had to just presort that ore instead of dumbing down the grade, the output would jump. That could change the whole economics of platinum mining. We know that 70% and more are under water and running at a loss.

Just tweaking now in the short term and thinking bigger in the longer term, can change the face of platinum. We know that even the cobalt is being wasted. The Kell process can save that. Just the introduction of recovery of cobalt can also add billions of rands to the fortunes of platinum mining.