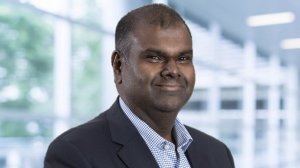 Diversified chemical manufacturing company Omnia intends to “settle down” following the completion of its strategic restructuring, and to take some time to focus on its people, culture and setting a “firm foundation to grow from”.

Omnia CEO Seelan Gobalsamy tells Engineering News the company is “spending a bit of time moving things around, increasing its bench strength, developing its people and focusing on its talent”.

In parallel, the company is also entering a growth phase, with Omnia focusing on a “reset, renew and grow” strategy as it looks to ensure capital returns for future business growth.

Referring to Omnia’s recently completed restructuring, he explains that, initially, the company’s management and board focused on stabilising and safeguarding the company.

“We’re a company that started in 1953, we have over 4 000 people employed in 25 countries, and almost R18-billion in turnover. We’re responsible for the livelihoods of thousands of people and involved in food production and mining,” he says, referring to two of the company’s three main sectors of operation – the other being chemicals.

This focus, Gobalsamy says, ensured the company was able to resume dividend payments, declaring a dividend of just over R1-billion, which was paid on August 16.

Restructuring within Omnia and its assets, its returns, expenses and more, resulted in the company’s operating profit, for the 2021 financial year, increasing by over 60%, he adds, though he stresses that “there is still a lot of work to do”.

Gobalsamy recognises that his experience in the financial services industry has contributed to his ability to spearhead Omnia’s massive restructuring programme.

“Omnia is a great, old and proud business that’s been a South African stalwart for so many years. I felt the need to come in and throw my shoulder to the wheel to help turn Omnia around and get it back on the track that it was on a few years ago,” he tells Engineering News.

However, he is not solely responsible for the restructuring success, crediting “all the people of the business focusing on and working towards a common end goal” for the successes achieved.

Omnia sold Oro Agri, a part of its agriculture segment, earlier this year.

Sold for $146.9-million, the proceeds went to the company, which Gobalsamy says positioned it to settle the groups borrowings and reach long-term sustainability.

However, the disposal of this business does not mean the company is no longer committed to agriculture, he notes.

“The sale of this business puts us in a strong position to refocus our company and to focus on growing relative to our core strengths and grow in a way that enhances the long-term return of capital for shareholders.”

Omnia recently invested further in their Australian business, which is similar to Ori Agri and creates bio-stimulants that are also used in coatings.

Omnia intends to introduce these products to the Brazilian and Australian markets, as well as into the northern parts of the world, including Africa.

“Having disposed of Oro Agri does not mean that we’re not committed to the fast-growing agri-bio market. We have other businesses in that space, and we will consider acquisitions in our agriculture and mining businesses,” Gobalsamy tells Engineering News when asked about its acquisition appetite.

Agriculture remains an important part of the Omnia business, as it generates food security, Gobalsamy states.

“We play a critical role in the agriculture value chain, supporting farmers with technology and other agri solutions that will make them more efficient in producing food the growing world population requires, in a sustainable way.”

This, he adds, is key, considering that, especially in times of the Covid-19 pandemic, “people need to be fed, supply chains are difficult, and we need to ensure food security and production continues”.

Omnia will consider potential acquisitions based on leveraging the company’s core strengths and capabilities. This growth, Gobalsamy adds, will be both inorganic and organic in nature.

Further, as was seen in many other sectors around the world, the Covid-19 pandemic had a “profound impact” on Omnia.

During this period, Gobalsamy says the company focused on its people, business operations and ensuring continuing operations within the chemicals businesses, as this segment is “critical to sustaining life” through water treatment, and primary chemicals for cleaning, food production and the manufacturing sector.

Omnia experienced “immense disruptions” to its supply chain and noticed an increased need for food security and food production during the pandemic, which Gobalsamy says meant that Omnia had to “be incredibly diligent to ensure it could make, produce and supply fertiliser and the different services to the agriculture sector”.

“We also had to ensure that we could focus more heavily on delivering explosives to the mining sector, so that, as those sectors and operations opened and closed, we were able to supply explosives”.

Most of Omnia’s businesses were considered to be essential services, so the company continues to operate across the world as lockdowns are implemented and lifted.

This, Gobalsamy notes, has an impact on the company’s revenue, which was “flat” for the 2021 financial year, and which included the impact of the initial stages of the pandemic.

The objective of the scheme is to allow all employees to participate in the group's growth on a sustainable basis by becoming outright shareholders, irrespective of their geographical location.

The initiative also seeks to drive employee engagement, commitment and retention while aligning with the Group's shared goal of improving performance through enhanced individual and team productivity.

The shares will be held in a trust with all eligible employees becoming its beneficiaries and allocated an equal number of trust units linked to Omnia shares. More than one-million Omnia shares have been acquired for the trust on the open market and are fully funded by Omnia, thereby removing the need for loans to be repaid before the shares accrue any value.

In addition, the participants will be entitled to receive dividends on these shares.