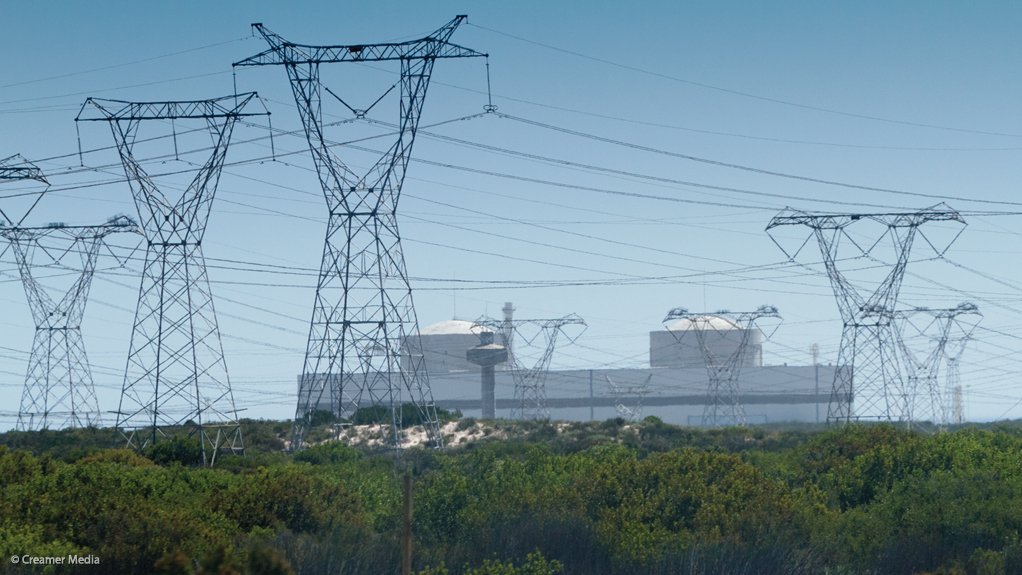 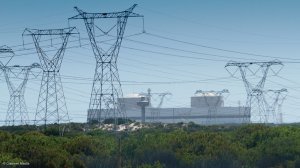 South Africa’s National Nuclear Regulator (NNR) confirmed on Tuesday that it had received, on March 10, two Nuclear Installation Site Licence (NISL) applications from Eskom for Thyspunt, in the Eastern Cape, and Duynefontein, in the Western Cape.

The NNR said that both NISL applications had been received in line with Sections 20(1) and 21(1) of the NNR Act and mentioned Eskom’s intention to “construct and operate multiple nuclear installations (power reactors) and associated auxillary nuclear installations of a plant type and technology not yet identified”.

Eskom had been pursuing environmental impact assessments (EIA) at possible nuclear sites, with the Duynefontein property, near Cape Town, already housing South Africa’s only nuclear power station, the 1 800 MW, two-reactor Koeberg plant. The Thyspunt site, which is near Oyster Bay, in the Eastern Cape, was a greenfield site.

The final EIA report, which recommended Thyspunt as the preferred site, was submitted to the Department of Environmental Affairs on February 24, for review and approval.

Site licensing was critical to South Africa’s proposal to construct up to 9 600 MW of new nuclear capacity in line with a Ministerial determination published in December, but actually signed in 2013.

Government had indicated that it could release a request for proposals before the end of March, having concluded several intergovernmental agreements with nuclear vendor countries. It was anticipated that bids could be received from Canada, China, France, Japan, Russia, South Korea and the US.

NNR communications and stakeholder relations manager Gino Moonsamy told Engineering News Online that the organisation would conduct a 45-day due diligence of the applications to determine compliance with relevant regulations and whether they should be accepted for further technical assessments and public comment.

Eskom group executive for generation Matshela Koko told Engineering News Online that the NNR had indicated that about 24 months would be needed to consider the NISL applications.

“The NNR will initiate a review of the application to determine level of compliance with relevant regulations and whether it should be accepted for further technical assessment and public comment. It will assess the suitability and acceptability of the Thyspunt and Duynefontein sites as suitable sites to accommodate a nuclear installation in accordance with the NNRs requirements,” Koko added.

Should the NNR find noncompliance, however, the applications would be rejected and deferred to the applicant.

Koko said that, while the Department of Energy was overseeing the nuclear procurement process, Eskom had been designated the majority owner and operator of all nuclear power plants. Therefore, the responsibility for obtaining all the requisite licences and permits, including the NISL licences, fell to the utility.

“Once a nuclear vendor has been decided upon, then a nuclear installation licence application will be initiated,” Koko said, adding that at that point other regulatory requirements associated with a mega projects would apply, such as water-use permits, rezoning approvals, and National Energy Regulator of South Africa authorisations.

NNR senior manager standards, authorisations, reviews and assessments Orion Phillips stressed that the licensing process included a series of steps, starting with a thorough review and safety assessment, which involves a risk evaluation of potential hazards.

“The NNR has a robust system for licensing sites for new nuclear installations and we believe that this system, combined with the NNR’s extensive know-how in regulating a wide range of nuclear activities, can assure stakeholders that we strive for the highest standards for nuclear safety and security,” Phillips said.

In its statement that NNR offered an assurance that any authorisation would comply with the “highest level of safety coupled with best practices available from international standards”.

It added that further developments on the proposed project could be tracked through the Government Gazette and that updates would also be published on the NNR website.

There was expected to be opposition to the development of new nuclear capacity, however. The Southern African Faith Communities’ Environment Institute had already initiated legal action against the procurement process, while local community groups, such as the Thyspunt Alliance, had been formed to oppose the construction of any new nuclear power stations.