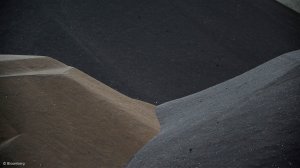 A 2014 prefeasibility study had initially considered a conventional mining operation involving both opencut and underground operations, with Browns Range expected to deliver about 279 000 kg/y of dysprosium, over a mine life of ten years.

However, Northern Minerals said on Thursday that the new business plan, which was developed in response to the current rare earths market, would see a staged approach to the development, allowing the company to test the project and market, develop the project to bankable feasibility study (BFS) level, and then to build the full-scale operation.

The testwork undertaken in the pilot plant would de-risk the development of a full-scale operation by providing Northern Minerals the opportunity to test a number of process flowsheet variables that could not be replicated in a laboratory.

Stage 1 would also provide knowledge of grade control and the geology of each deposit through the start of openpit mining.

The pilot plant would run for a period of three years and would consist of both a beneficiation and hydrometallurgical process.

The results from the Stage 1 operation would be incorporated into a BFS, which was aimed at reducing mining costs, boosting production, and producing a premium product.

Following the completion of the BFS, Northern Minerals would build a full-scale project, based on the successful outcome of the previous stages, and the completed DFS.

Northern Minerals MD George Bauk told shareholders that the staged approach for the Browns Range project was prudent in the current economic and commodity market.

“During the development of this plan, Northern Minerals has been working closely with potential offtake partners to assess whether short-term production from the pilot plant, followed by longer-term production of a premium product from a full-scale operation, would be acceptable in the market.

“The response has been extremely encouraging, with Northern Minerals confident that this new approach will result in it realising its vision to become the first significant dysprosium producer outside of China.”

Bauk noted that negotiations were well under way with potential offtake partners and strategic investors to fund the Stage 1 development. In the meantime, the company was assessing all alternatives with its financial adviser.