Northam trying out tunnelling first at rhodium-rich Eland mine development

Northam trying out tunnelling first at rhodium-rich Eland mine development 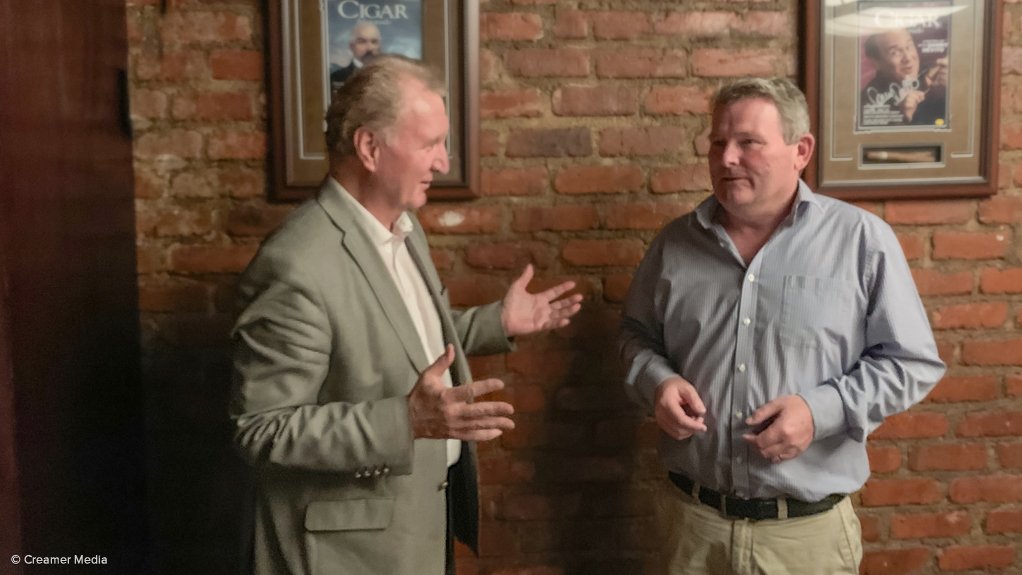 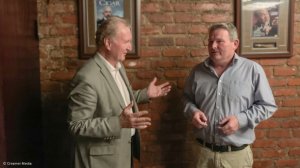 Eland, on the south-eastern limit of the western limb of the Bushveld Complex, has a 19.3-million-ounce rhodium-rich resource and developed surface infrastructure.

Much of the tunnel boring equipment arrived in Durban last week and is expected to become operational at the mine, near Brits, in June.

The Italian equipment, which bores and clads, has been contracted for six months to see if it can operate effectively. The targeted advance of more than 100 m a month is roughly three times the conventional capability.

The tunnel boring machine, which will make use of an existing decline shaft to access the underground, has five segments and each tracked segment will be moved down individually and then articulated. Eland is currently only 200 m below surface.

One of the key requirements will be the ability of the machine, with its large 5.5 m cutting head, to turn in a tight radius and function flexibly.

“Clearly, if it does work, we’re going to have the whole industry looking at this because it's a very significant application. I’ve no doubt we’ll have a lot of interest. We’re taking a bit of a financial risk, which we're sharing with Master Drilling. Both companies feel that the risk is worth the potential reward if it works, and that’s where we are with it,” Dunne disclosed.

The Johannesburg Stock Exchange-listed Northam, which has doubled its yearly production from 300 000 oz/y  to 600 000 oz/y over a period of five years, is budgeting to spend R2.3-billion worth of capital expenditure (capex) this financial year to June 30.

The bulk of that 2019 expenditure, R1.5-billion, is going on the development of the brand new Booysendal South mine, a R4.7-billion project that is in the commissioning phase with first production expected next month.

The large 100-million-ounce Booysendal orebody has 14.5 km of mechanisable strike. Booysendal North has ramped up and the southern portion is the former Everest South infrastructure acquired from Aquarius, which has been connected to the Booysendal South orebody by an innovative overhead rope conveying system.

Part of this year's capital allocation is also earmarked for what is referred to as the Western Extension Block, next to Northam’s Zonderiende mine, which was acquired from Anglo American Platinum.

Northam intends operating Eland as a fully integrated mine-to-market business, with concentrate produced at the mine beneficiated at Northam’s Zondereinde smelter complex.

Well advanced in developing its mine plan for Eland, Northam is looking forward to unlocking the potential of the large, shallow resource, which will enhances the flexibility of its asset portfolio.

If the Johannesburg Stock Exchange-listed Master Drilling is successful at Eland, a similar machine could be deployed at Booysendal.

Final precious metal concentrate is transported from the Zondereinde metallurgical complex for refining to the Heraeus facilities in Hanau, Germany, and to Port Elizabeth, in the Eastern Cape. Northam’s in-house marketing department is responsible for marketing and sales of products domestically and to major global markets in Asia, Europe and North America.

Zondereinde, which mines upper group two (UG2) and Merensky ore, produces about 300 000 oz of refined platinum, palladium, rhodium and gold a year on the northern end of the western limb of the Bushveld Complex, near the town of Thabazimbi.

Northam’s acquisition of the ground alongside Zondereinde’s western boundary extends the life-of-mine beyond 30 years by providing access to additional Merensky and UG2 reef.

The shallower, mechanised, room-and-pillar Booysendal UG2 North mine, near Mashishing, formerly Lydenburg, on the eastern limb of the Bushveld Complex, has a life of mine of 25 years.

The 105.3-million ounce orebody at Booysendal lends itself to brownfields expansion opportunities, including the current deepening project at the existing UG2 North mine, the Booysendal Merensky North mine and the new Booysendal South mine.

Northam also produces chrome at Zondereinde and Booysendal from the UG2 reef.