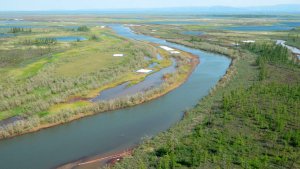 Nornickel, the world's largest producer of palladium and high-grade nickel, said on Wednesday that it was committed to fully cover the cost of remediation of the environmental impact of the recent fuel spill in the Arctic, but that it disagreed with the amount that Russian watchdog Rosprirodnadzor calculated.

The federal service for natural resource management said this week that the diesel spill from a tank owned by Nornickel in May caused 148-billion rubles (about $2-billion) of damage in the Arctic.

Nornickel said Rosprirodnadzor calculated damages caused to water bodies and soil based on certain assumptions, which distorted the estimates. It took particular issue with the maximum applicable multiple that was applied in the calculation, which reflected the duration of pollutants having negative impact on a water body assuming that no measures have been taken to eliminate the impact.

“Taking into account the company's immediate response and launch of the clean-up of the diesel spill, applying the maximum multiple was not justified,” Nornickel said.

It also refutes the justification of applying the maximum multiple to cases of pollution of water bodies with oil sub-products, owing to their solubility. Diesel fuel, it said, did not fall under the category of soluble pollutants, which were not feasible to collect from the water surface.

In Nornickel’s opinion, the volume of oil products which had been spilled to the water bodies had also been determined incorrectly, since their content in the water-fuel mixture, contaminated soil and sorbent collected in the HPP-3 area was estimated before the collection of oil products in this area was completed.

However, Nornickel stressed that it would fully cover the cost of remediation of the environmental impact of the fuel spill accident in line with the applicable legislation.

Nornickel also vowed to restore the ecosystem of the impacted area. The company pointed out that it had already launched a land recultivation programme.