New US President may benefit the resources sector

New US President may benefit the resources sector 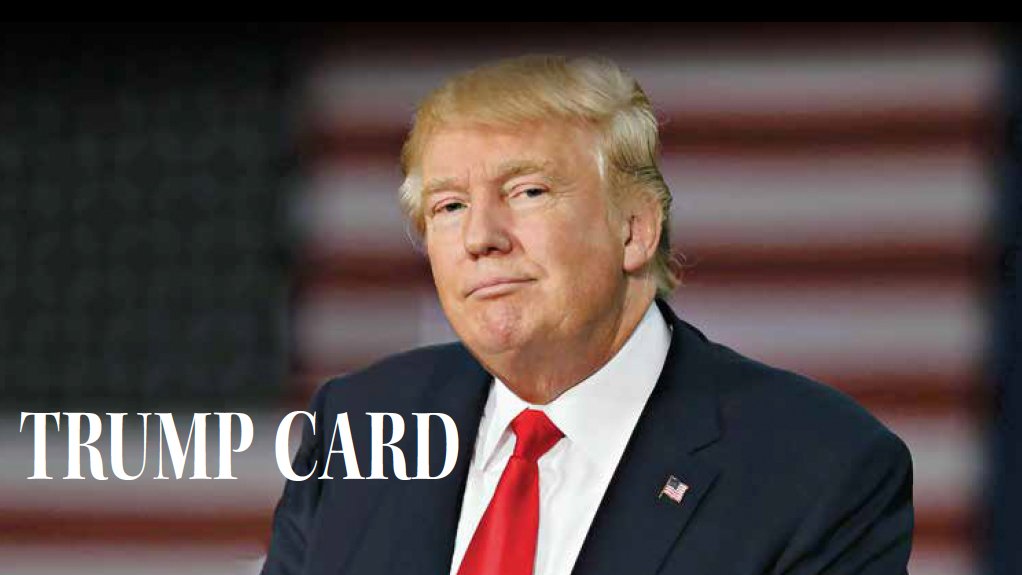 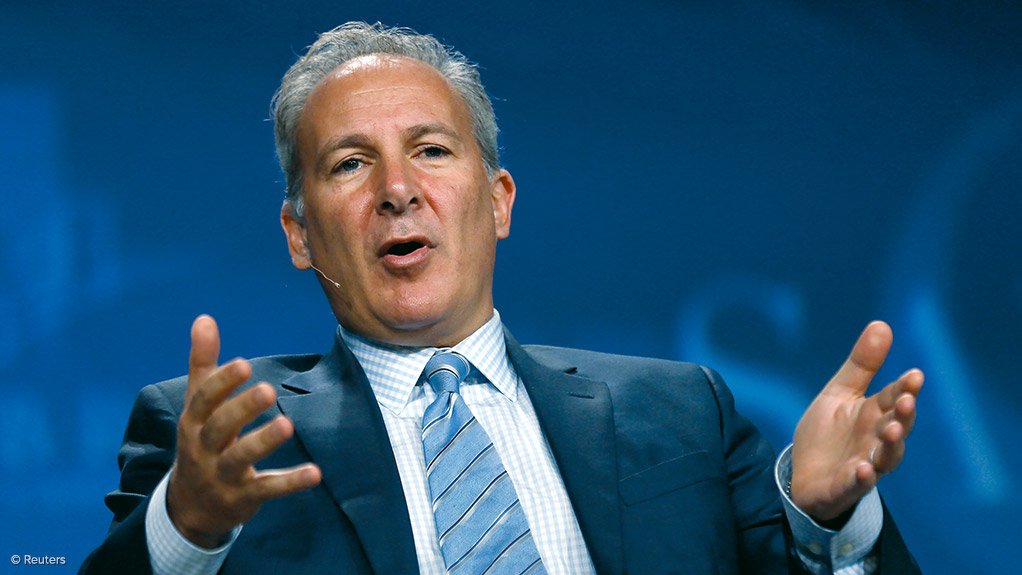 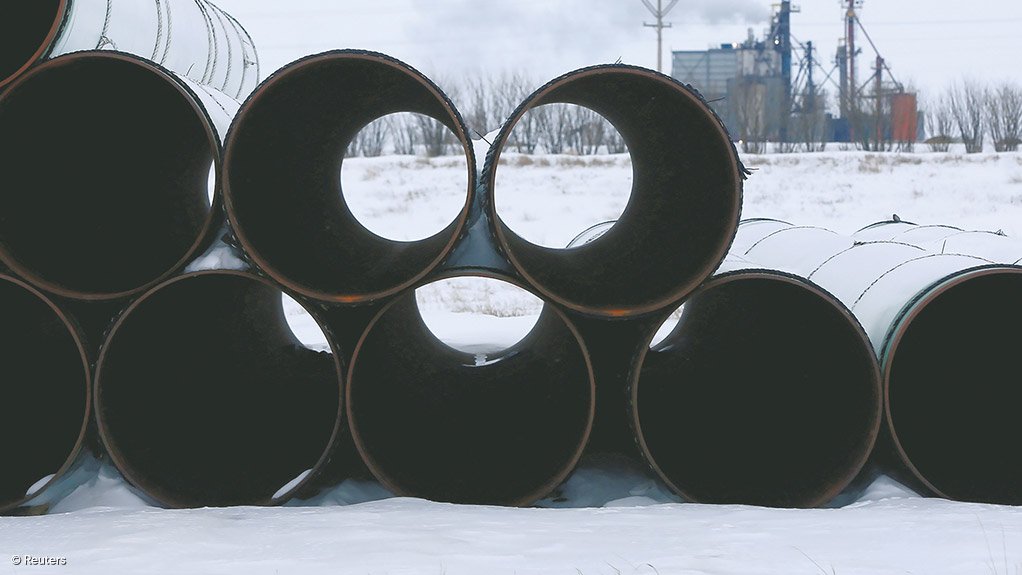 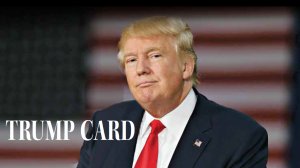 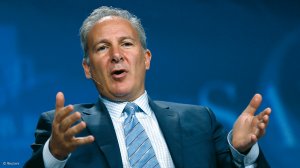 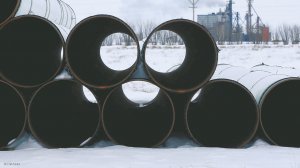 RESOURCES BOON Donald Trump's presidency is expencted to make it a lot easier for the resources industry in the US to get things done
Photo by Reuters
PETER SCHIFF Trump inherited a fractured economy, poised to undergo a major – and very painful – recession to right the economic ship
Photo by Reuters
READY AND WAITING TransCanada has resubmitted its Presidential Permit application to the US Department of State for approval of the Keystone XL pipeline

While Donald Trump is likely to lower US corporate taxes, bringing US dollars back into the country and rebuilding American infrastructure through a massive $1-trillion spending programme, the new President is coming in at the “US midnight”, Euro Pacific Capital founder and CEO Peter Schiff says.

Markets are also factoring in a Federal Reserve rate rise this year and further rises next year, as the Fed moves to issue new treasuries into the market to cover Trump’s spending aspirations. The US Treasury might also need to print new US dollar bills to pay for Trump’s expenditure plans, a move which could reverse US dollar gains and allow the Fed to maintain lower rates for longer.

But, according to Schiff, Trump inherited a fractured economy, poised to undergo a major – and very painful – recession to right the economic ship.

Speaking at a recent resource investment conference in Vancouver, Schiff stated that Trump’s tenure as the forty-fifth President of the US will likely more closely resemble that of George W Bush, whose Presidency has been ranked among the worst in historian rankings of US Presidents published in the late 2000s and 2010s, than the popular Ronald W Reagan, whose tenure constituted a realignment toward conservative policies in the US, as is expected by pundits under Trump.

Mining Weekly recently reported that global economist Dambisa Moyo told a mining conference in Cape Town that, by the end of 2018, there is a 35% chance of a recession in the US, which will have universal knock-on effects. The benefit of the US government’s plan for a $1-trillion fiscal stimulus through infrastructure development may be overstated, given that the benefit of Japan’s $3.6-trillion expenditure was negligible, “which is why I’m quite bearish on the US”, said Moyo.

Trump was the underdog in the 2016 US elections, but the polls got it all very wrong. From a macroeconomic standpoint, the US economy under former President Barrack Obama’s schadenfreude is in horrible shape, the analyst argues.

“No progress was delivered; core constituents were worse off at the end of his two terms. There was no job creation, but, in fact, job destruction. There is now less full-time employment and more part-time employment – the labour force has been eviscerated,” Schiff told an audience of retail investors.

“These were the people who voted for Trump. The Reagan Democrats came home to Trump.”

Meanwhile, the 2016 stock market rally could not be substantiated, with Wall Street saying economic recovery is at long last happening, despite few metrics supporting the claim.

“Why was the market afraid of Trump? Wall Street wanted to justify the rally by a [Hillary] Clinton win. When Trump won, all the expected bad things started to happen, but then quickly reversed. The gold price shot up, the dollar ducked – but then it flipped,” Schiff explains.

The analyst believes Trump was elected as a direct result of the US economy being a “disaster” and Trump inherited a huge bubble.

Schiff points out that, when Bill Clinton won a second term in the Oval Office, he kept interest rates too low under Federal Reserve chairperson Alan Greenspan. Clinton managed to post successive Budget surpluses based on “accounting gimmicks”, which placed the greenback in a bubble.

During the Bush administration, the US economy boomed under his probusiness agenda, which saw tax cuts and federal spending rise, leading to growing deficits. Next, the stocks crashed for seven years in a row when the dollar was at an all-time low in 2008. Gold was also in a bear market at the time. Oil went from $20/bl to $140/bl under Bush.

“The bubble burst under Bush, which resulted in the shallowest recession ever,” Schiff notes.

Passing the Buck During this time, he says the interest rate was lowered to 1%, which helped transfer the stock market bubble to the housing market, and cheap irresponsible credit lending led to false wealth.

When the housing bubble burst, the Fed slashed the interest rate even more.

“Now we have reinflated the previous bubbles, with US debt at an all-time high of $20-trillion, compounded by cheap auto loans, student loans and housing and stock bubbles which are adding to the instability. Is it out of the scope of reality to see US debt rise to $40-trillion?” Schiff asks.

He cautions that rising interest rates will be the pin that bursts the bubble under Trump.

If interest rates went up by a moderate 5%, that means the interest payment on the US debt rises to a trillion dollars alone, excluding the principal, with far-reaching consequences for the mortgage market, Schiff warns.

Trump’s rhetoric about renegotiating The North American Free Trade Agreement, signed by the US, Canada and Mexico, does not amount to a quick fix. While the world produces, the US has been consuming, and paying for it with fake money, says Schiff.

“The world has been conned into believing the US will pay back loans. The US will have to go through a massive recession to right the economic ship. The US will have to start saving, and the middle class is on the hook for that,” he says, noting that Trump’s rhetoric is not preparing people for the coming pain.

While Trump is likely to inflate the bubble even more, he needs to unburden the economy from government, the analyst suggests.

Schiff believes that the next round of quantitative easing will be bigger than the past three. No one wants to buy bonds or treasuries; in fact, China is selling. The European Central Bank is tightening, while the US is likely to loosen monetary policy, placing the US economy at odds with its global counterparts.

“Collapsing asset values are needed. It should have happened in 2001 . . . 2008. Quantitative easing is just blowing more air into the bubble. Despite picking a smart Cabinet, they bit off a bit more than they can chew,” he claims.

Within the first two weeks of taking office, in an attempt to “bring manufacturing back to the US”, Trump, on January 23, signed an executive order to withdraw the US from the Trans-Pacific Partnership deal. The trade agreement involving 12 nations – the US, Japan, Malaysia, Vietnam, Singapore, Brunei, Australia, New Zealand, Canada, Mexico, Chile and Peru – was negotiated by Obama and the finalised proposal was signed on February 4, 2016.

According to market analyst Wood Mackenzie, the reversal of this policy is not an entirely positive outcome for the US steel industry.

“This shows that the US steel industry made more money by selling steel to these trading partners than it lost by importing from them,” the firm said in a report.

It added that, theoretically, the US has the resources to source this steel domestically, but not instantly and at what would likely be a higher cost. “Thus, weaning itself off ‘imported steel’ will put pressure on manufacturers’ costs and, ultimately, the US consumer will suffer,” according to Wood Mackenzie.

Conversely, in the oil and gas sector, Trump’s ascension to the White House was marked by executive orders that cleared the way for the contentious Dakota Access Pipeline (DAPL) and energy company TransCanada’s Keystone XL oil pipeline to be built in the US, overturning the Obama administration’s efforts to block these development projects. Acting Secretary of the Army Robert Speer has ordered the Army Corps of Engineers to proceed with the easement needed to complete the DAPL and TransCanada has resubmitted its Presidential Permit application to the US Department of State for approval of the Keystone XL pipeline.

Trump also issued a decree that only American steel should be used for pipelines built in the US.

Analysis by Fitch Group research arm BMI Research calls for a more bullish nickel price forecast following the election of Trump as US President, on the back of market speculation boosting prices because Trump’s ambitious infrastructure spending plans will significantly boost global metal demand growth over the coming years. The US is the fourth-largest consumer of refined nickel, accounting for 7.5% of global consumption in 2014.

Uncertainty over decisions made by Trump have also seen investors heading for gold as a haven, pushing the price towards the psychological $1 500/oz mark, with silver expected to gain.

Midtier silver mining company Endeavour Silver CEO Bradford Cooke says this is the year of the wildcard, and it is “important to hold some trumps in hand”. He says the broader market believes that rates will rise this year, but he is sceptical, based on Trump’s comments on where he wants the greenback to go.

He reminds investors that silver is like gold, but on steroids. After three years of falling supply, owing to no new silver-only mines being built, supply peaked in 2016, structurally supporting the grey metal’s outlook.

On the exploration and development front, Canadian mining tycoon Frank Giustra says: “If there’s only one thing good about a Trump Presidency, it’s that it’ll be a lot easier in the resources industry in the US to get things done. That’s about the only good thing.”

At the same mining conference, developers in the uranium, zinc and energy metals such as cobalt, graphite sectors voiced the same optimism as Giustra that more projects would proceed as the regulatory burden is reduced and as a result of Trump’s slogan; ‘Hire American, Buy American’.

A precious-metals case in point is mineral exploration and development company Northern Dynasty Minerals, whose shares have more than tripled since the November 8 US election, as investors speculate that Trump’s administration will allow the explorer’s long-stalled Pebble project, in Alaska, to move ahead.

Reducing the regulatory burden will also be a boon for the oil and gas and coal industries, long suffocated by the Obama administration as he sought to solidify his environment-friendly legacy.