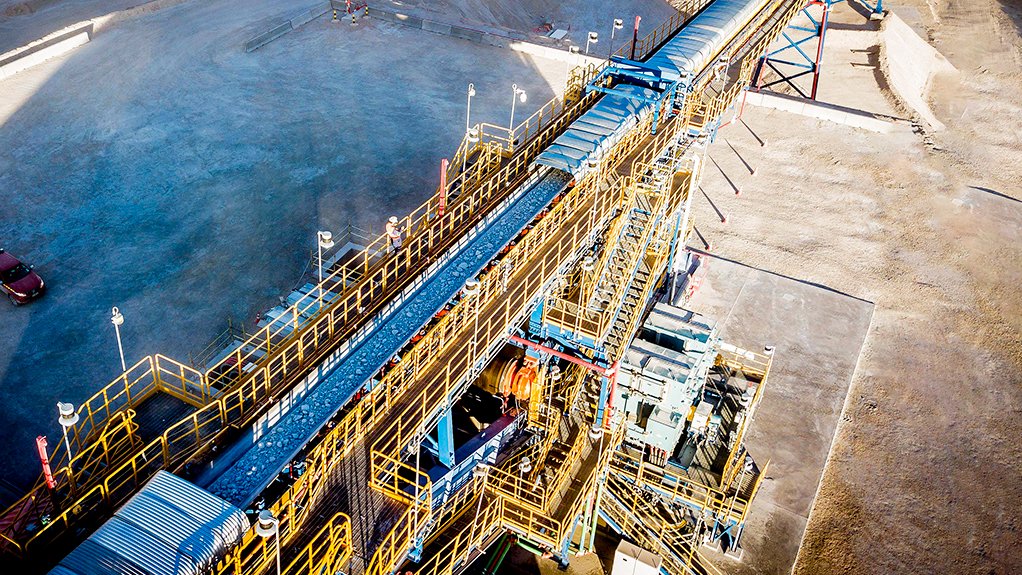 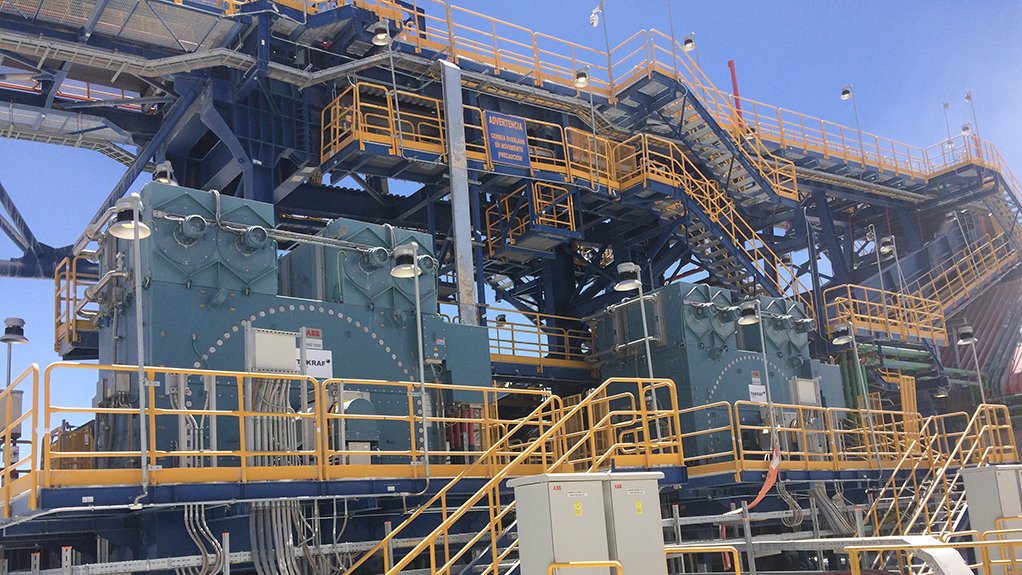 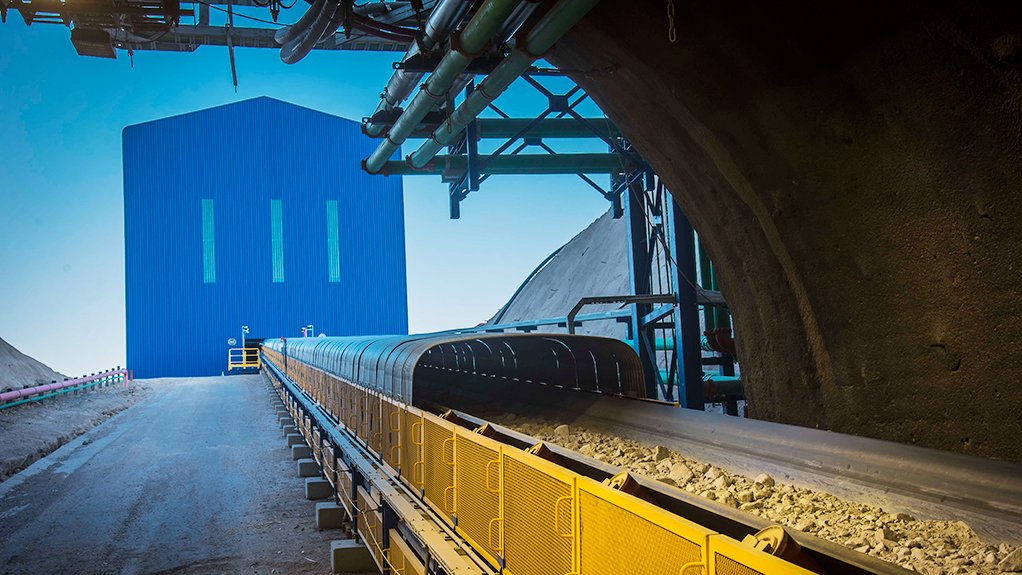 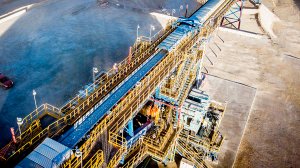 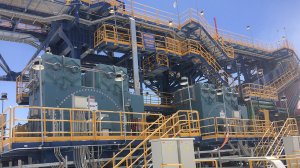 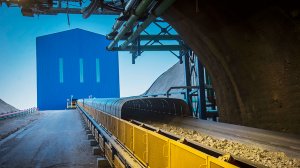 Global mining specialist and supplier of equipment and systems for openpit and underground mining, bulk materials handling and minerals processing company TAKRAF has introduced a materials handling system that links a mine to the final point of ore discharge at its processing facilities, providing several benefits for the miner and its clients.

“The introduction of an in-pit crushing and conveying system has enabled us to change operations from being people-orientated to process-orientated. By focusing more on processes, human errors can be minimised and, potentially, eliminated,” says TAKRAF India representative Srikant Bondada.

The technology was trialled at a mine in India last year and the findings showed an increase in financial and environmental benefits in comparison to conventional mining and transportation systems.

Additionally, the long-distance conveyors can be built overland which reduces negative impacts on the flora and fauna surrounding the mines.

The systems also reduce haul truck movement to the loading stations which, in turn, reduces air pollution and increases safety.

Based on the trial’s observations, the TAKRAF team says this system is also suitable for African mining operations because in-pit crushing and conveying systems are universal and provide various benefits.

Such benefits include improved safety, owing to fewer vehicles being used; reduced greenhouse-gas emissions of up to 25%; noise reduction of up to 35%; dust emissions reduction of up to 40%; higher automation; less labour; fewer spare parts being required; less maintenance on equipment and reduced bad weather downtime.

Another benefit is the possibility of implementing electrical power generation on downhill conveyors whereby energy generated during the braking process – converted from the potential gravitational energy of the conveyed material – can be fed back to the electrical grid and reduce a system’s energy requirements.

However, the team cautions that various factors need to be considered during the conceptual, appraisal and engineering design phases, before implementing in-pit crushing and conveying systems.

Generally, such systems are more capital intensive, but less onerous in terms of operating expenses than traditional truck-and-shovel operations.

Moreover, an in-pit crushing and conveying system is not as flexible as a truck-and-shovel operation.

The TAKRAF Mining Technology Centre offers services to select the best long-term solution for individual operations and, if required, a hybrid system when considering these and other factors.

TAKRAF has been involved in various projects across Africa where in-pit crushing and conveying systems have been implemented and is regarded as a leading global solutions provider for this technology.

TAKRAF implemented a new powerful belt-conveyor system for an underground project in Chile in 2020.

This TAKRAF project, dubbed “the world’s most powerful belt conveyor system”, required high-end components, owing to the elevation of about 1 km and 11 000 t/h capacity of the main inclined conveyors.

Such high-end components included the first global application of the ST10000 steel cord belt, as well as the installed conveyor drive power.

“For TAKRAF, such a gearless system has not yet been commissioned at other projects, although we were, prior to this project, awarded another similar gearless-drive project in Chile. However, after engineering and design, this project was put on hold,” the team explains.

TAKRAF has applied the experience gained from this “mega project” to requirements for other projects such as handling large gearless motors underground, the efficient management and dissipation of heat, developing the presplice and installation procedure of the conveyor belt, as well as the design and fabrication of high-strength belt pulleys.

This new class of belt conveyor system has proven successful for the mining industry and has also been used to connect an underground mine with the processing plant above ground using a continuous conveyor operation – 7 km underground and 6 km overland.

Moreover, such high-power conveyor systems allow for an increase in single flight conveyor length, while a reduction in the number of required transfers and a significant reduction in underground cavern preparation work are the main benefits of such a system.

They explain that the successes of the system prove beneficial because openpit, hard-rock mining is reaching its effective limit with ever-deeper extraction levels, often in combination with lower ore grades.

Therefore, a change in mining technology to accommodate underground mining that reduces ore transportation and allows for access to lower orebodies is necessary.

“This new, powerful conveyor technology could soon be applied to most underground mining projects, enabling companies to mine such areas efficiently and effectively. This is especially important in our world today, which is placing ever-greater demands on battery-related commodities,” the team states.

Meanwhile, TAKRAF was awarded an engineering, procurement and construction contract for a client in Guinea in the first quarter of this year.

The contract scope involves replacing existing conveyors to maintain safe and reliable operations for the plant.

“This project is particularly challenging, as the conveyors need to be replaced within an operating plant, which, of course, brings its own unique challenges,” the team concludes.