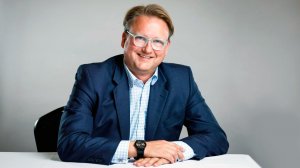 JOHANNESBURG (miningweekly.com) – The innovative new platinum group metals (PGMs) mining and processing project that slashes 82% off electricity use and elevates platinum to a new high level of greenness, leapt out of its starting blocks in North West province on Monday.

“I’m in contact with investors in New York who are very interested in what we’re doing, because their mandate is to invest in things that lead to a lower carbon footprint for the globe, and that is exactly what Kell is doing,” said Frandsen.

Kell’s carbon dioxide (CO2) emissions from concentrate to final refined metals are only 19% of the CO2 emissions caused by the current smelting/refining route.

“It’s not only what we want, but that’s what our investors want and what the consumers want,” he said.

“The IDC has been an enormously supportive investor since 2012. They’ve put money in, they’ve put quality management in and when it comes to Kell, before it was fashionable, IDC was part of it. I’m extremely happy and we’re very fortunate to have this relationship with the government through the IDC,” Frandsen added.

The revolutionary Kell process comes at a third of the capital cost of smelting/refining and at half of its operating cost.

End products can be customised and the proposed Sedibelo Kell plant will be producing refined 99.95% PGM metal products.

Locked up ‘work in progress’ PGMs inventory is 90% lower, releasing working capital and shortening payment pipelines from several months for smelters down to a month or so. In fact, for a mining company that is currently selling concentrate, the release of locked up working capital can pay more than half of the cost of a Kell plant.

Kell’s ability to recover cobalt has resulted in discussions with South African companies that are potentially interested in manufacturing electric vehicle batteries domestically in South Africa.

Hydrogen fuel cells, which are being adopted globally to generate emission-free transport and carbon-free power, rely on platinum catalysis. Continued production of platinum with the help of frowned-upon coal-fired electricity is now avoided with the use of Kell technology. The technology thus has the potential to reposition PGMs production into the 'green' space.

EXPANSION TO BE CASH FUNDED

On the capital required for the expansion sourced from existing cash resources and future cash flow, Frandsen said: “It’s wonderful to see that the industry is actually making money, not only us, but the entire industry, and it is nice to see that the prices have come back. I still want to mention that platinum is still half of what it was when I invested in 2008.

“When investors are willing to come into an industry that has done it’s best to limit its carbon footprint, like we do with Kell, I think we will attract new investors to South Africa,” said Frandsen.

On the likelihood of platinum substituting palladium, he added: “If you put on your white coat and become a chemical engineer, platinum is the superior product. What you can do with two gram of platinum will take three gram of palladium. I think that substitution will come in. I don’t see a lower demand for palladium, so that is a sustainable price, but I think people will wake up to the fact that platinum is mispriced, and I think when that happens, it’s going to be a scramble, and we obviously want to be there and to say that we are producing all the PGMs and that, through Kell, we’re doing it in a way that is as green as possible.”

The opencast operations at Pilanesberg Platinum Mines comprise the contiguous deposits of Sedibelo Central, Magazynskraal and Kruidfontein. These are known as the Triple Crown properties, which are considered one of the world’s largest undeveloped PGM deposits. They have an estimated resource base of more than 60-million four-element (4E) PGM ounces. This expansion includes the construction of a 110 000 t Kell beneficiation plant.

The predominantly shallow deposits will enable safe and sustainable mining activities for potentially more than 60 years. The first ounces from Triple Crown are expected in 2023.

The existing Pilanesberg Platinum Mines’ concentrator plant has the capacity to be used to process the Triple Crown ore as well as ore from the openpits. With minimal reconfiguration, the Triple Crown UG2 and Merensky ore will be blended and processed through the existing Merensky plant, thereby reducing capital expenditure as well as lowering operating cost significantly.

Sedibelo’s current workforce of 1 500 employees is expected to grow significantly as the Triple Crown operations develop. More than 60% of the current work force is from the local communities. Sedibelo expects that the new positions will also be taken up by local employees predominantly.

Sedibelo’s environment-friendly PGMs are poised to become an important part of future 'green' electrification in hydrogen fuel cells around the world. Europe moved towards clean mobility last July, when the European Union announced a new hydrogen strategy as part of a green recovery from the economic effects of the Covid-19 crisis.

Plans to increase the production of green hydrogen fuel, which is made without CO2 emissions by using renewable electricity to separate the hydrogen and oxygen in water, are set to provide the green hydrogen energy provision for transportation as well as industrial, commercial and residential activities.

Platinum-catalysed hydrogen fuel-cell powered trucks generate zero emissions, which is being demanded the world over. One thousand six hundred hydrogen fuel cell trucks are due to be operating in Switzerland by 2025. Fuelling infrastructure is essential for these needs to be implemented wherever hydrogen fuel cell logistics are planned.

As reported by Mining Weekly this month, private sector companies are stepping up to the plate to provide this, with North American company PowerTap Hydrogen announcing that it will be building a minimum of 500 hydrogen fuelling stations for mainly trucks in the next three to five years.

In California, where PowerTap Hydrogen is based, carbon credits are incentivising fuelling station provision and against that background, PowerTap Hydrogen plans to start in California and then develop a national fuelling network in partnership with existing gasoline stations and truck stops.

“Certainly, we’re going to do our part. We’re going to be one of the first players and very aggressive on the market. We have no doubt there will be others, but we’re very confident that we have a cost-effective solution that can meet the demand for the coming long-haul trucks and also for the consumer car market,” PowerTap Hydrogen Fueling Corp CEO Raghu Kilambi told Mining Weekly in a Zoom interview.