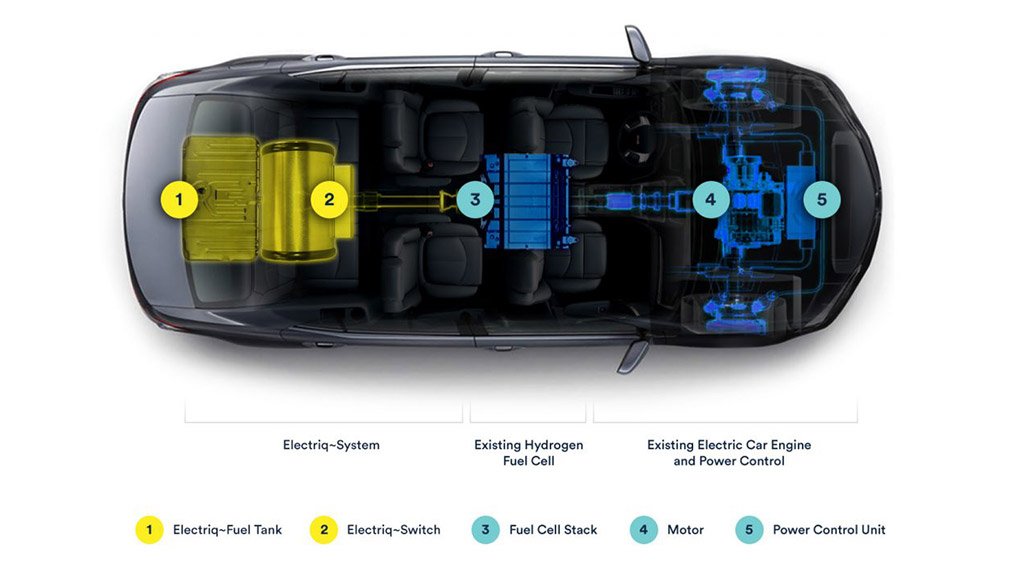 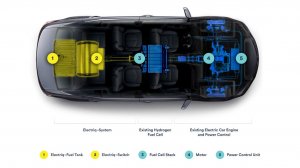 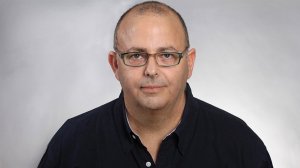 JOHANNESBURG (miningweekly.com) – A promising new vehicle technology, which uses a cobalt-based catalyst, mirrors the world’s current ‘well-to-wheel’ refuelling ecosystem in being designed to allow motorists to call at conventional petrol stations to fill up with the liquid fuel from which hydrogen is extracted and then converted into vehicle-driving electricity.

A demonstration plant is scheduled to be built in Israel in April to show that this zero-emission technology provides “twice the range at half the price” when compared with existing electric vehicles.

Sixty per cent of the boron-containing fuel used by Electriq-Global is water, which is converted into hydrogen and then into electricity; the spent fuel is recovered, replenished with hydrogen and water, and then recycled for reuse.

“We replace the compressed hydrogen system with a hydrogen-on-demand system based on a safe liquid carrier. The catalyst of our system does not include any noble metal (like platinum) or rare metals. Mostly, it is based on cobalt. Our fuel is based on boron,” Electriq-Global CEO Guy Michrowski tells Mining Weekly Online.

The energy density of the system is said to be up to 15 times greater than batteries currently used by electric vehicles.

“Our system releases hydrogen on demand from the fuel. When the fuel comes into contact with the catalyst, the reaction releases hydrogen that feeds the fuel cell, creating electricity to power the vehicle. Our fuel is safe, economical, and recyclable. We even take the old depleted fuel and add more hydrogen back in, producing new fuel that can be used again and again,” Michrowski said in response to Mining Weekly Online’s associate publication, Engineering News Online.

The Electriq-Global system contains three key elements: the liquid fuel (Electriq-Fuel), which reacts with a catalyst (Electriq-Switch), to release hydrogen on demand, with the spent fuel then captured and taken back to a plant where it is replenished with hydrogen and water for reuse (Electriq-Recycling). (Also see attached diagram).

Refuelling happens in exactly the same way as with petrol, notes Michrowski.

“The driver will use an Electriq-Fuel pump at a conventional refuelling station. The refuelling time is the same as with conventional fuel. The fuel price will be half that of petrol,” adds Michrowski.

“There are two key reasons for this – half of the hydrogen is produced from the water in the fuel, as well as the fact that we recycle the fuel in a cost-efficient process.

“The other critical component of the fuel is salt named BH4, traditionally used in the pharmaceutical industry. This entire process enables zero-emission vehicles,” says Michrowski.

A comparison of electric buses show the buses powered by batteries providing a range of 250 km and requiring up to 300 minutes to recharge, whereas buses to be powered by Electriq-Fuel will provide a range of 1 000 km, with refuelling possible in five minutes, says Michrowski.

It is understood that any vehicle run on petrol or diesel can be converted to use Electriq-Global’s zero emissions fuel.

Forbes magazine reports that Electriq-Global plans to complete its first commercial plants in 2021.