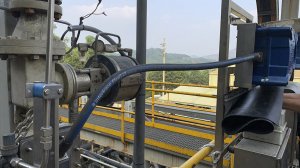 CAREFUL CALIBRATION The MQi range includes models appropriate for slurry applications such as flotation and leach operations; and wet or dry magnetic, electrostatic and gravity separation

Mineral analyser equipment provider Blue Cube Systems will open a new office in Perth, Australia, in the third quarter of this year to roll out its new Blue Cube Sample Optimiser system on the continent.

This system will be used in conjunction with Blue Cube’s sampling cabinet for the company’s MQi slurry analysers.

The system is intended to allow for efficient sample taking using the slurry analysers information and available flow and density information. The sample cabinet includes an accurate scale used to record and report bucket tare and sample mass automatically.

The sample optimiser is used to improve the accuracy of calibration and reduce the time and resources needed for on-site sample collection.

“The sample optimiser roll-out can go full steam ahead, as the new office enables us to go to clients, be on site and determine the specific requirements for that optimiser to take the optimal sample for mineral analysis. This also enables us to build relationships with clients,” says Blue Cube Systems Australia regional manager Stuart Cullum.

He explains that, while the company’s increased presence will expand its footprint in the country, it has been active in supplying its products to the country for several years.

“We sold the first unit in Australia in 2006; therefore, we have quite a long run in the region.”

Cullum asserts that Process IQ’s longstanding presence in the region and ability to reach out to clients were vital in this decision.

Process IQ became the official distributors for Blue Cube in 2017, thereby providing more services related to maintenance and servicing of the equipment, as opposed to only selling the equipment as agents.

However, the conclusion of the contract with Process IQ this year, was, along with the roll-out of the sample optimisers, one of the key reasons for the decision for Blue Cube to open an office in Australia.

“During this time, with Process IQ as agents, we managed to sell 32 MQi mineral analysers in Australia and the surrounding islands. To date, 27 of those are on mineral processing plants, with 23 of them active on a regular basis,” he states.

Consequently, the decision was to establish the office in Perth as it is close to the majority of Blue Cube’s slurry analyser installations.

Cullum maintains that, with the considerable growth expected, Blue Cube plans on opening an office on the east coast in the near future.

Blue Cube System’s mineral analysis technology includes the MQi product range. The range includes models that can be used for slurry applications, such as flotation and leach operations, as well as wet or dry magnetic, electrostatic and gravity separation.

This technology will enable the company to grow significantly in the Australian mining sector, particularly owing to the strong diversity of the sector.

“Australia has various metal industries and the mining industry is not partial to any one particular mineral. The presence of iron-ore, gold, coal, base metals and lithium, as well as others, provides an ideal outlook for the future,” he stresses.

The company is involved in a greenfield project, which started in 2015 in Western Australia, related to base metals flotation. This project is operational and had its first full year of operation in 2018.

Cullum points out that the company leading the project is using up-to-date online analysis technology that links well with the technology offered by Blue Cube.

“The experience in these projects and applications is a great reference moving forward. Approaching some of the bigger companies and projects, and doing so with confidence, will enable us to provide exactly what the client is looking for.”

While Blue Cube has mostly established itself in the gold and heavy mineral sands sectors, as well as base metals, because of involvement in projects such as this, Cullum advances that the company is poised to expand into the iron-ore and coal industries in Australia.

“In the next year, we’d like to have at least one iron-ore application, as the iron-ore market in Australia is an untapped area for us . . . We also have recent developments regarding nickel laterite orebodies, globally and in the islands surrounding Australia, which is not something we’ve had applications in before, so in the next two to three years, we’ll start to tap into that market as well,” he concludes.