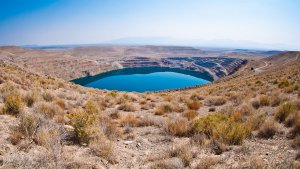 The Cove project, at the McCoy-Cove property in Nevada, US, will produce an average of 102 000 oz/y over its eight-year mine life, Ontario-based Premier Gold Mines said on Monday.

The project will be one of the cornerstone assets of the soon-to-be-spun-out i-80 Gold, which will focus on gold exploration and development in Nevada.

The project’s LoM capital cost is estimated at $107.2-million, after predevelopment costs of $23.9-million. Mine construction capital has been pegged at $81.9-million tonnes.

“Our go-forward plans for the project include an exploration ramp to allow an aggressive underground drill programme to upgrade and expand mineral resources in advance of a future feasibility study and also provide a platform to increase recoverable gold resources and delineate the deposit still open down-plunge,” said president and CEO Ewan Downie.

The McCoy-Cove property is located immediately south of Nevada Gold Mines’ Phoenix mine.