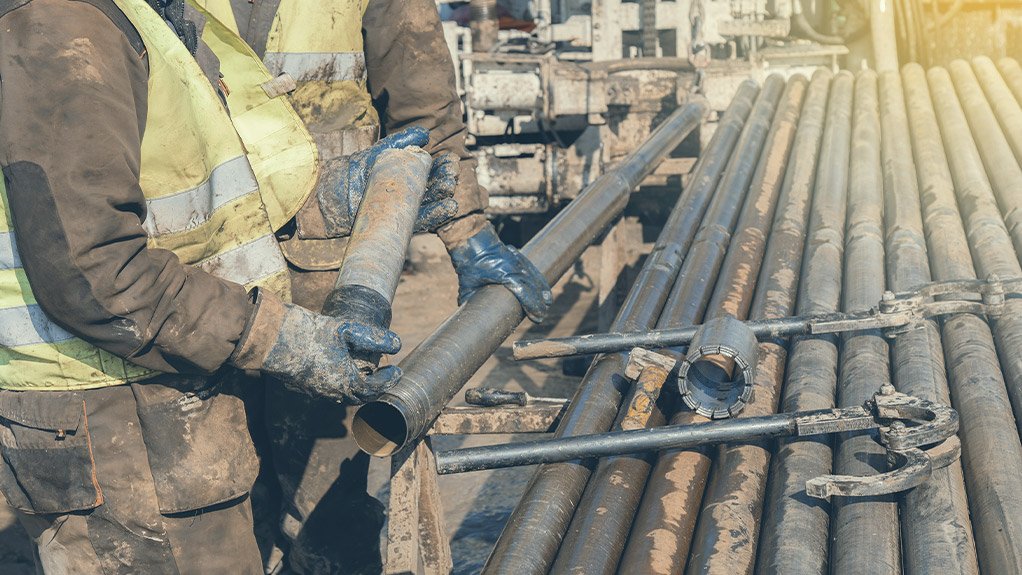 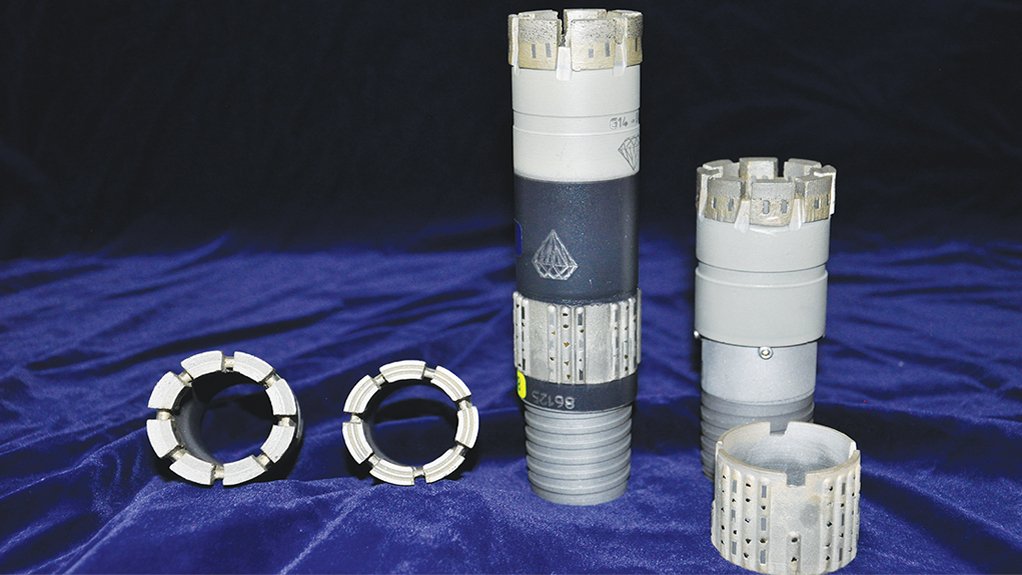 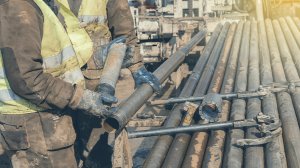 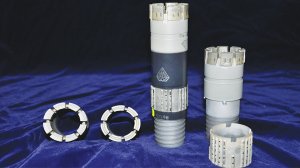 The reaming shell – a permanent fixture on standard drill bits – ensures that the bore hole size remains consistent as the diamond crown wears down when drilling.

The removable reaming shell, also called a knock-off shell, slides over the drill bit and clicks into place behind the diamond crown, allowing it to be removed and replaced without any machining and threading required.

Lesedi group CEO Gordon Hogan tells Mining Weekly that this innovation could reduce drill bit manufacturing costs by up to 35% because of savings on materials and time.

“It is significantly more expensive to manufacture all-in-one drill bits,” he says.

He adds that the savings made through the manufacture of the removable reaming shell will be passed on to clients.

Depending on the type of rock being drilled, Lesedi’s drill bits require replacing between 35 m in hard-rock scenarios and 100 m in softer-rock scenarios.

“The replacement of drill bits is one of the largest expenses when drilling, and this innovation is aimed at reducing that cost, thereby significantly affecting overall drilling costs,” Hogan explains.

He adds that the current sluggish economic environment has made it very difficult to successfully propose price increases to mining clients, impacting on margins. The decision to rather find a way of reducing production costs while increasing productivity and maximising revenue through innovation is part of Lesedi’s strategy to remain competitive.

The company’s strategy is to innovate in such a way that its inflation rate will be reduced to zero in terms of production input costs, thereby ensuring sustainable profit margins while minimising the burden of price increases on clients.

“Much time is spent on designing diamond drilling tools. This is crucial because the better our diamond tools cut, the more core we can produce. This means more revenue, which makes us more competitive,” Hogan explains.

Lesedi CEO Salome Malema says the patented removable reaming shell will be launched this year, with the potential to license the design out to approved suppliers.

Prior to developing the removable reaming shell, Lesedi also developed a diamond crown drill bit with a significantly smaller, sharper kerf than usual, allowing for about 25% less ancillary material removal when drilling without altering the size of the core required by the client, thereby translating to greater productivity, Hogan explains.

“The industry is struggling. Necessity has driven us towards innovation,” he says.

“As much as we focus on innovation in our product line, it is also being directed at our human resources,” Malema notes, adding that much innovation is done in terms of the company’s approach to black economic empowerment, which is a significant cost for companies in the industry.

Lesedi has established an employee share trust, whereby the workforce now owns more than 40% of the company, 26% of which is unencumbered. The balance was acquired in December last year and will be paid for over the next nine years or less, depending on the company’s success.

She says information on innovations, such as the removable reaming shell or the smaller kerf, are shared with all stakeholders – from management to operational personnel – so that all personnel can understand how such innovations might affect the bottom line, and thereby, affect their own share of the dividends.

“This approach means that supervisors and operators take better care of equipment and are more conscientious in their approach to drilling, maximising their time and equipment potential.”

Malema adds that every employee has to undergo a basic online financial literacy training course to better understand the economics surrounding their jobs, the company as a whole, and the impact on their shares in the business.

About 30 employees have been selected to progress further in their studies, engaging in more advanced courses that earn credits towards a formal financial literacy qualification.

“The aim of this training is to ultimately have a selection of financially literate employees on the board of trustees,” she explains, adding that such an empowering programme is a strong motivator.

“We have been astonished at how enthusiastically this has been embraced by employees. It has had a very positive effect on the interaction between management and staff,” he says.

Hogan believes that this approach has given Lesedi a competitive advantage in terms of employee morale, enthusiasm and diligence in the drilling sector.

“When even the lowest-level employees understand how the business works, and when they directly benefit from the savings made, there is a substantially improved work ethic across the board,” he concludes.