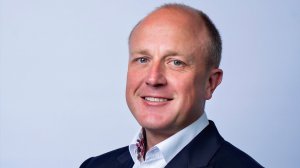 JOHANNESBURG (miningweekly.com) – Namibia has the potential to become the Pilbara of new age battery metals.

That is the view of AfriTin CEO Anthony Viljoen, who spoke to Mining Weekly in a Zoom interview. (Also watch attached Creamer Media video.)

“We've been prospecting and developing tin projects for the better half of 20 years almost and what I must say is that there’s something unique about Namibia.

“Not only is it one of the best destinations in Africa to invest in, but also the geology is just phenomenal, and I think it’s very much an overlooked province that has the potential to become, let’s call it, the Pilbara of new age battery metals,” said Viljoen.

The Pilbara is a large, dry, thinly populated region in the north of Western Australia that is known for its vast deposits of particularly iron-ore.

Taken back to first geological principles, Viljoen highlighted how Namibia’s remarkable pegmatite belts extend for hundreds of kilometres, both inland and up the coast – “and they are basically blessed with a smorgasbord of different battery elements, all of which happen to be the flavour of the month”, he added.

London Aim-listed AfriTin has itself got tin, lithium, tungsten and tantalum, all of these elements playing into the new battery hypothesis.

Recent drilling results reinforce the company's belief that its Uis mine is host to one of the largest lithium resources globally.

“The scale of these pegmatite belts is just something that we've never seen before. We've had numerous visitors. One of our directors is a professor of geology at Oxford University, and according to him, these are some of the biggest pegmatites he's ever seen. As we get stuck into the historic data, it just becomes more and more apparent how big this resource can actually get to,” Viljoen emphasised.

As a former mining operation, Uis has been extensively drilled but historic assaying has focused solely on the tin with no regard for the lithium or tantalum in the deposit.

The Phase 2 project now under way is increasing the confidence of the current lithium and tantalum estimates and is part of AfriTin’s strategy to bring these two commodities into production alongside its tin operation.

Preliminary assessment in April pointed to these by-product elements being potentially game changing. The construction of the new lithium pilot that is scheduled to be completed this year will likely allow AfriTin to progress to commercial production phases much faster than a new greenfield lithium resource elsewhere.

Mining Weekly: What makes AfriTin better poised to go commercial with lithium than would be the case with a greenfield find?

Viljoen: We took what’s a bit of an unorthodox approach, although if we were mining 30 years ago, it would be a very straightforward approach. Rather than mining on an Excel spreadsheet, we took the historical data and we reconstructed the old Iscor mine. We started getting to grips with the orebody, understanding, firstly, how the tin and tantalum mineralisation occurred, but then, when we were doing the confirmatory drilling programme, we tested for a variety of different elements, and lo and behold, we actually found that associated with this orebody is an incredible blessing of lithium – and this lithium occurs throughout the orebody. What we’re doing now is an infill drilling programme. But what really adds to the value here is that we’re already in production and the lithium is busy reporting to the waste, so we simply need to add a module on to our existing circuit and we can be can start producing lithium concentrate, which is way ahead of just about every other lithium junior out there.

What about your tin discovery, development and now production, we’re not hearing as much about that as we used to?

We tend to gloss over that now, but the thing is that the tin is making great money. Just on our existing operations, we're looking at about a 50% Ebitda margin on a month-to-month basis. The orebody is really fantastic in terms of its tin mineralisation, and the mineralogy in terms of extracting that tin from the orebody, so much so that we've elected to expand the current plant so that we can increase the revenues and throughput of the plant by up to 70%. The tin is not just a cash cow, and the lithium is just the bonanza. From a prospector's point of view, I would say it's a once-in-a-lifetime asset.

And what of tantalum?

Tantalum is a very tricky little mineral but we’re getting to grips with that now, and what happens is that tantalum occurs together with the cassiterite crystals, the tin crystals, and so basically it turns out to be a simple magnetic separation at the final product.

The Viljoen family has been synonymous with exploration. The Viljoen brothers and geology were synonymous at Wits University. Now Anthony Viljoen is on the big discovery and development trail. How valuable has it been for you to have access to so much family insight?

It really is invaluable. First and foremost, it's been a blessing to spend the last 20 years working with Morris and Richard and our business partner Fortune Mojapelo who's doing great things over at Bushveld, but just to be able to access that database of information that Morris and Richard gathered over the years and their knowledge of the industry and how to go about identifying and then developing mineral projects, is something that I'm proud to take on to the next generation. It’s something that we’re really excited to build upon.

While the V1/V2 pegmatite displays impressive dimensions and is open-ended at depth, a multitude of surrounding pegmatites present significant upside potential, the company has reported.

Lithium has many uses, from ceramics/glass and lubricating grease to metallurgical polymers and pharmaceutical drugs. However, its use in batteries, especially batteries for battery electric vehicles (BEV) and large stationary storage applications, is driving growth. There is a six-fold increase in demand for lithium expected by 2030 as BEV adoption increases and the battery sector expands. The incremental growth in lithium demand represents about 20 new lithium mines with an average size of 25 000 t/y by 2025.

At least 16 new lithium battery “giga factories” are planned in Europe over the next ten years as European lithium battery capacity is estimated to increase by over 300 to 400 GWh from current levels.

Lithium is used in various industrial applications, the most relevant of which is energy storage in lithium batteries. This is also the fastest-growing sector for lithium owing to rising demand in both the automotive industry and the portable consumer electronics industry.

One of the most valuable uses of lithium is as a component of high energy-density rechargeable lithium-ion batteries. Lithium-ion batteries represent the fastest-growing industrial demand for lithium. Lithium-ion batteries in electric-powered forms of transport are expected to influence the lithium market significantly. Because of concerns over carbon dioxide footprint and increasing hydrocarbon fuel cost, lithium is expected to become even more critical in large batteries for powering all-electric and hybrid vehicles. Lithium batteries already enjoy a sizeable market, powering laptop computers, cordless heavy-duty power tools and hand-held electronic devices.