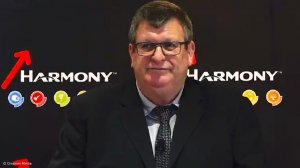 Harmony, which will be on site at Mponeng and Mine Waste Solutions from October 1, is looking to the two operations adding a total of 350 000 oz of production a year to the Johannesburg- and New York-listed gold company, 250 000 oz/y from the underground mine and 100 000 oz/y from the surface operation. (Also watch attached Creamer Media video.)

"At the current great gold price, these assets will immediately hit the ground running," Steenkamp said at the company's presentation of financial year 2020 results, which showed a huge increase in free cash flow from operations in the 12 months to June 30.

Harmony is guiding 1.25-million to 1.3-million ounces of production in its current financial year to end June 2021 at an all-in sustaining cost of between R690 000/kg and R710 000/kg, at a time when the gold price is exceeding the R1-million/kg mark.

The acquisition brings many synergies, particularly on surface, Steenkamp said in response to Mining Weekly.

“I feel very excited about this,” he said of being on the site of the new acquisition for the first time next week.

When Harmony took over Moab Khotsong from AngloGold Ashanti, it managed cost savings of $100/oz and its integration into Harmony of Mponeng and Mine Waste Solutions is expected to do something similar, with grade also being enhanced by the acquisition.

Restructuring, which Steenkamp assured would be done in a very responsible way, is planned from day one.

On takeover, Harmony will probably require one plant for underground material, leaving the Savuka, Mponeng and Kusasalethu surface plants available to it for conversion into tailings retreatment facilities.

“We certainly believe that’s an opportunity we need to investigate and we’ll start doing so as soon as we possibly can. We’ve already drilled all the surface sources on our side, including Deelkraal, and Kusasalethu is operating a tailings facility at the moment. We think that’s probably the best opportunity. Then, there are a lot of synergies in managing the two assets as one whole,” said Steenkamp.

“Surface operations are always the best assets you can possibly work. If you look at our Phoenix surface operations that have been operating for a few years, they’re among our lowest-cost operations and certainly the best way is to take an existing plant and convert it into a tailings retreatment facility because you don’t have that capital cost either and really that is the best investment you can possible make. Both Mine Waste Solutions and Kopanang and our operations in the Vaal river favour that type of investment,” Steenkamp told Mining Weekly in an online Teams interview.

On taking over underground assets, Harmony has invariably found more places to mine and is likely to repeat that.

Harmony displayed a slide that named nine organic projects. Together with existing operations, these have the potential to give the company another 70 years of operating life, Steenkamp estimated, in response to Mining Weekly.

Underground projects being studied include the promising Zaaiplaats high-grade mine extension project, now at the prefeasibility stage.

“Obviously with the orebodies there, the grade and the current price, I think it will make a lot of sense to be able to extend Zaaiplaats. But we’ve still to take it through the board and final approvals, but it’s certainly something that we’re working on at the moment. From our perspective, we’ll try to finish the feasibility before the end of this year. In the meantime, we’ve already expanded Moab Khotsong in the mining of the Great Noligwa shaft pillar and other pillars that are already part of the mining plan,” he said.

"A feasibility study is also under way into the development of levels 207 and 212 of the Doornkop gold mine, near Randfontein. Doornkop is a fairly lower-grade operation so we’ll obviously need higher volumes. I’m very pleased to say that the work that we’ve done is starting to bear quite a lot of fruit and we believe that we can actually improve the volumes at Doornkop and creating two extra levels will give us a lot more flexibility for the extra volumes we want to mine. We’ve started with that. We’re busy with development at 107 and we’re getting down to the other levels," Steenkamp said.

“CPR has been a very good plant for us. It’s Harmony’s old central plant that we converted into a tailings retreatment facility. It can do about 300 000 t a month and we're looking at a feasibility to increase that to 500 000 t a month. We’re also very far down the line with the Mispah feasibility study,” he said.

At permitting stage is the large and very promising Wafi-Golpu copper/gold project in Papua New Guinea, which will deploy a mechanised block cave mining method.

Should Golpu come on stream in 2023, it will have a very profitable 30-year life ahead of it, whereas Harmony’s South African production faces a possible 400 000 oz production decline in the next five years.

A local greenfield mine-building opportunity is at Target North, where exploration drilling has achieved its first intersection with the Ventersdorp Contact Reef (VCR).

“We’ve actually remodelled our understanding of the VCR in that area. With Covid, we had to stop and we’re restarting that drilling now and by the end of the year we’ll probably have three intersections done. It’s exciting and if our theory holds true, it can possibly be an expansion going forward. That’s a true greenfield exploration project. That will be a brand new mine, brand new plant,” he said.

Anglovaal found thick zones in the Bothaville Gap area that could be mined using mechanised methods. If Target North does eventuate as a mine, it will typically require a top cut to destress the locality’s twin massives of what would be a deep-level mine.

In addition to the Kalgold feasibility study under way, a seismic survey has been carried out on the Kalgold near-mine brownfield possibility to understand the hotspots.

“We’ve now identified possible expansion. The current Kalgold is too small an operation for the grades that it has. Currently, it is making money but we want to increase the volumes that we mine at Kalgold. The possibility is that we could have quite a number of pits available to be mined and that will either double the current volumes or build a brand new plant. Those options are still open,” he added.

Electricity represents 16% of Harmony’s total operational costs, which is why the company has placed so much emphasis on reducing electricity consumption, and now also on environmental protection.

In an interview with Mining Weekly more than a year ago, Harmony sustainable development executive Melanie Naidoo-Vermaak revealed that the company had gone out on procurement for the 30 MW solar plant, earmarked for Welkom.

“Once construction is complete, solar will come in at below Eskom prices,” Naidoo-Vermaak assured at the time.

The 30 MW was 10% of Harmony’s power requirements at the time. Since then, the company has acquired the Moab Khotsong underground gold mine as well as Mponeng and Mine Waste Solutions from AngloGold Ashanti.

“We’re in the process of the final approvals for the first step of operating the first solar plant in the Welkom area of the Free State. Obviously, that’s the start of quite a few of those that will go forward. Solar power is very good for all the areas that we operate,” Steenkamp told Mining Weekly.

The first will be a 30 MW solar power plant, to be followed by more going forward.

On the modernisation front, Harmony is focused on improving efficiency and safety, trying out remote drilling technologies and implementing underground personnel tracking. Steps are being taken in ongoing fashion to lower underground heat levels and improve ventilation.

In the financial year to June 30, the company reported a 9% increase in production profit to R7.197-billion (FY19: R6.588-billion). Operating free cash flows ere up 106% on a 25% improvement in the rand gold price to R735 569/kg, resulting in a 9% increase in revenue to R29.25 billion. Average underground recovered grade fell by 3% to at 5.45g/t with the company achieving a better-than-expected production fourth-quarter performance despite Covid-19 challenges.