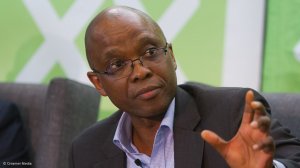 JOHANNESBURG – Chamber of Mines president Mxolisi Mgojo said on Thursday, that the mining industry was concerned about the new mining laws contained in the Reviewed Mining Charter, saying that these laws may result in capital flight from South Africa.

Speaking on the sidelines of the Chamber’s media briefing, Mgojo said the new laws were designed in a way that they had the potential of crippling the industry by driving investment away.

“There is no capital as we speak. People are trying to raise capital and capital is getting expensive. Our vice-president is abroad on an investor roadshow and he just called us today asking what is happening because investors are questioning him,” Mgojo said.

The Chamber of Mines rejected the 2017 Mining Charter saying it would approach the courts to stop the department of mineral resources (DMR) from implementing it.

The Chamber was responding to the gazetting of the charter by Mineral Resources Minister Mosebenzi Zwane on Thursday morning. The Charter sets new black ownership targets for the industry.

The targets included new mining rights, holders having 30% black ownership to be shared among employees, communities and black entrepreneurs. Mining rights holders who have complied with the previous target of 26% have to “top up” to 30% within 12 months.

Those applying for prospecting rights would be required to have a “minimum of 50% plus one black person shareholding”. These shareholders must have voting rights.

Asked what was behind the department’s lack of consultation, Mgojo said he was not quite sure what was happening and why the consultation process was abandoned, but only had 40 minutes to look at the Charter before it was presented to the public.

Mgojo said that relationship between the Chamber and the minister was strained as there has been no communication whatsoever with the DMR in the last two months.

“All I can say is that we are very saddened by the fact that a process that in the past has proved itself to have worked where difficult issues were able to be put on the table and resolutions which everybody could fully support, in this instance did not happen,” Mgojo said.

“We hope sense will prevail. We will try and reason with the Minister that the right process has to be taken to ensure that subsequent to consultation and negotiation resume.”