Mining sector poised for a bumpy 2015 as legislative uncertainty, other challenges linger 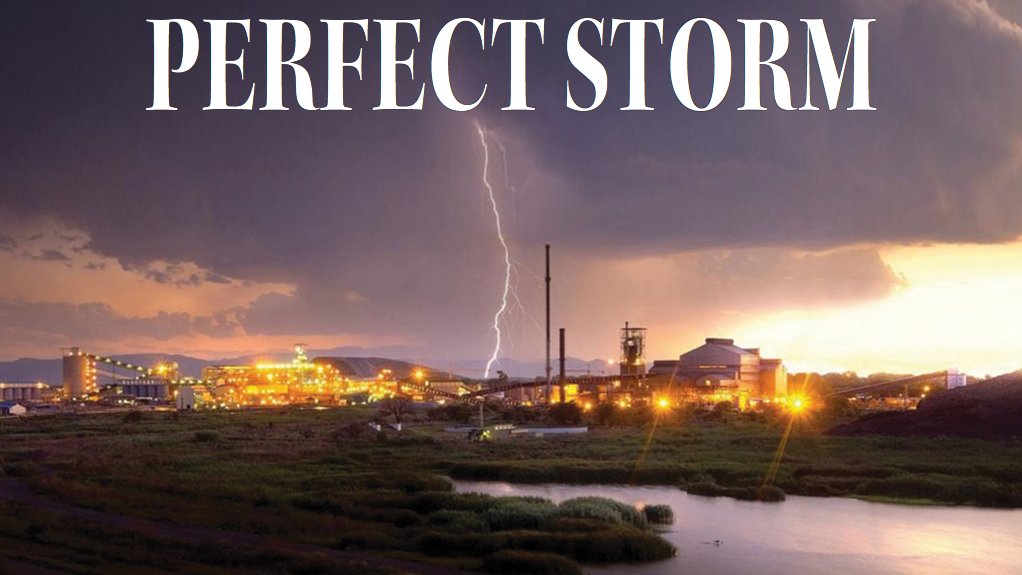 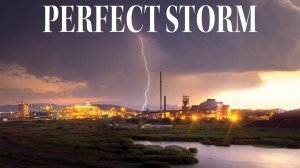 South Africa’s long-embattled mining sector has slumped into the new year a little worse for wear, having been ravaged by an array of challenges during 2014, not least of which were the longest industrial action on record, a prolonged period of legislative uncertainty and downward spiralling commodity prices.

The toll of these challenges, particularly the five-month-long platinum-sector strike, is evident in the fact that mining output contracted substantially last year, contracting by 24.7% and 9.4% during the first and second quarters respectively. The output decline resulted in a noticeable reduction in the two quarters’ gross domestic product, which fell by 1.6% and 0.5% respectively.

Given the particularly tough period the sector has just suffered through, having faced an array of challenges during the course of 2014 including the longest industrial action on record, a prolonged period of legislative uncertainty and downward spiralling commodity prices, as 2015 dawns, a burning question on every stakeholder’s mind is how will South Africa’s troubled mining sector fare this year?

The general consensus among South African mining experts is that the sector is in for another bumpy ride as a range of challenges have aligned to create what has been described as a ‘perfect storm’ through which local mining companies will have to persevere during the course of 2015.

At the heart of this perfect storm is the lack of mineral policy certainty, an issue that has been troubling South Africa’s mining sector since 2013.

While the Minerals and Petroleum Resources Development Act (MPRDA) Amendment Bill was, in fact, passed by Parliament in March last year it has yet to be signed by President Jacob Zuma and enacted into law.

There is very little consensus as to why the promulgation of the Bill is being delayed at this stage, Chamber of Mines (CoM) president Mike Teke says.

Although the CoM has attempted to engage with the Department of Mineral Resources and the President on the issue, he states that they have, up to now, received little response.

“We need to expedite the engagement with government over their concerns with the MPRDA Bill. We, as the industry, are saying ‘please make a decision’ and give us policy certainty,” insists Teke.

However, it is anticipated that the Bill could be referred back to Parliament this year so that clauses relating to the oil and gas sector, which have caused much contention in the industry, can be separated out of the MPRDA.

It should be noted, however, that even if the Bill is promulgated in its present form within the next few weeks or months, because it is essentially enabling legislation, the rules and regulations to support the new Act have yet to be formulated.

“Even if the Bill does get promulgated in its current form, until the rules and regulations are determined, there will be continued uncertainty over mineral policy,” states Nedbank investment banker for mining and metals Paul Miller.

Miller adds that the delay in promulgating the legislation is creating not only an uncertain operating environment for local producers but is also sending the wrong signals to international shareholders and potential investors.

The other significant factor fuelling this perfect storm is the sector’s poor levels of productivity and issues of instability caused by tensions between mining management and labour.

Teke elaborates that the platinum strike, which was led by the Association of Mineworkers and Construction Union (AMCU) in early 2014, shook the industry to its core and left the historically-strained relationship in an even more fragile state.

“We fully appreciate and accept that we need to provide decent wages, address historical legacies and look after our employees. But, at the same time, we should all be careful not to kill the goose that lays the golden egg,” says Teke.

Webber Wentzel mining regulatory head Peter Leon notes that wage increases in the mining sector have averaged 12.3% for the past five years, which is almost double the current rate of inflation.

“However, such wage increases have not been matched by a concomitant rise in labour productivity,” adds Leon.

To increase productivity in the sector, Teke insists that all stakeholders need to start engaging and creating an environment in which the various needs and obligations are understood and realised. He adds that some progress is being made in this regard, particularly as AMCU, the youngest and most militant of the mining unions, has been actively engaging in various stakeholder discussions in recent months.

“We are encouraged by the increased engagement between stakeholders, particularly AMCU, and are hopeful that stability in terms of labour can be achieved this year,” says Teke.

However, his hopeful prediction may be premature in light of the upcoming gold-sector wage negotiations, due to start in May.

Deloitte & Touche industry leader for mining Tony Zoghby believes that, while both labour and management will have learnt lessons from the platinum strike, it is likely that the industry will go through another tense period.

“Having lost ground to AMCU in the platinum sector, it is possible that the National Union of Mineworkers (NUM), which is still the dominant union in the gold sector, will use the negotiations as a platform to try to win back some of its credibility and support,” says Zoghby.

Should gold mining companies be subjected to a lengthy strike, he warns, the sector may not have the staying power of the platinum sector and would certainly struggle for survival.

“Given the soft gold price and rising operating costs, gold mining companies are really struggling at the moment and, unless there has been some very good planning in the sense of having adequate stockpiles, a long strike will present a massive challenge,” states Zoghby.

However, he adds that, while the NUM may threaten long-protracted strike action, it is likely that a settlement will be reached much quicker than was the case in the platinum sector, with all stakeholders being cognisant of the implications and ripple-effects of protracted industrial action.

In the midst of regulatory uncertainty and labour activism is the ever-present reality that South Africa’s mining sector is in a very mature stage of development. As mines become ever deeper, mining companies not only have to contend with declining ore grades but also rising operating costs and increasingly dangerous working conditions. While this is an inevitable progression, the difficult operating conditions and rising costs will certainly be exacerbated by South Africa’s critical energy shortage, which will not be alleviated in the next year.

As a result, Zoghby states that mining companies will have to continue focusing attention on cost-cutting initiatives both at an operational and corporate level.

“However, because all of the easy costs, or the layer of fat, have already been stripped out, the process of further cost cutting will now be a much more difficult and painful affair,” notes Zoghby.

While such challenges have become characteristic of the South African operating environment and local mining companies have learnt to be adaptable and proactive when dealing with such problems in order to survive in such an environment, there is a much broader and inherently inhibiting challenge that will prove the driving force of this perfect storm in 2015.

Commodity prices have been substantially lower than anyone could have expected and are proving a bane on the already embattled local producers, continues Van Kerckhoven.

The consensus amongst financial experts and analysts is that commodity prices have hit, or are nearing, the bottom of the cycle. However, as this is the downward trend of a ‘supercycle’ of commodity prices, it is likely that the industry will experience a sustained period of low prices during 2015.

“The difficulty in this regard is that many South African executive teams have become very good at managing operations in times of elevated commodity prices but find it challenging to adapt operations during depressed cycles,” says Zoghby.

Van Kerckhoven adds that a further deterioration in commodity prices, particularly in terms of bulk commodities, might prove the final nail in the coffin for many South African junior producers.

Coupled with that challenge is the ever- present reality that investors have lost confidence in the mining sector with investment in mining at an all-time low, globally.

“Equity markets have largely closed up and, while there are pools of capital available, particularly in the form of debt financing, it’s a case of South Africa Inc versus the world in attracting that capital. And given its presently uncertain and challenging operating environment, South Africa is not the most attractive investment destination,” says Van Kerckhoven.

While South Africa’s mining industry may be beset by a myriad of challenges and is expected to experience a difficult year, Miller insists that one should bear in mind that the country still has an attractive resources base and may well have many payable deposits, particularly in terms of base metals, still to be discovered and exploited.

“There is a long life left in our industry if we want it. But there is a lot more that we can do as South Africa Inc to grow our mining industry,” concludes Miller.