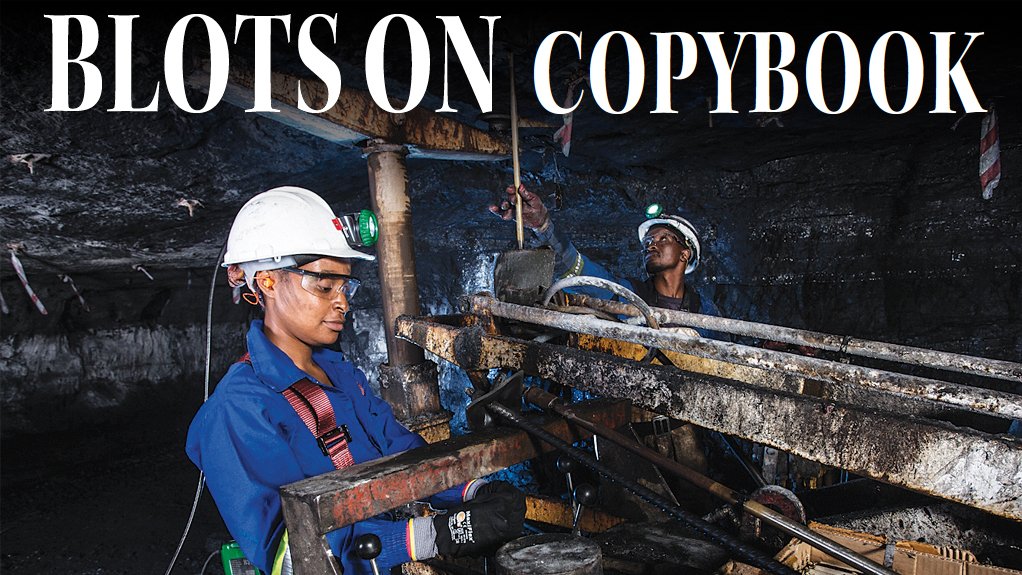 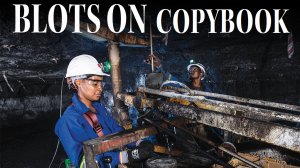 JOHANNESBURG (miningweekly.com) – Various commentators, who lament the slow pace of change in the occupational culture in mining, say constitutional obligations need to be revisited to accommodate women who are adversely affected when working in the mining environment in South Africa.

There are still significant challenges faced by women in the South African mining industry, despite the intake of women into the sector being higher than the percentage targeted by the Department of Mineral Resources (DMR), says University of Cape Town sociology lecturer Asanda Benya.

“There are over 48 000 women working in underground occupations across South Africa, mainly in platinum and gold mines, [who] . . . form part of the core workforce and labour in the mines as miners or general workers. They install support structures and water and ventilation pipes, or . . . operate different machines . . . ,” she said at the Human and Social Dynamics Research Seminar Series on Exploring Policy and Practice for a Gender Responsive Mining Sector.

To deliberate further on the effects of the occupational culture of the mining industry on women and find solutions for these challenges, the Department of Science and Technology, UN Women, the University of the Witwatersrand’s (Wits’) Centre for Applied Legal Studies (CALS), the Human Sciences Research Council and other industry bodies collaborated to host the seminar at the Council for Scientific and Industrial Research, in Pretoria, in November.

Since 1994, the South African government has consistently developed legislative and policy frameworks that aim to strengthen gender equality and, subsequently, the participation of women in mining.

Based on the Mining Charter’s 2015 assessment report, presented by former Mineral Resources Minister Ngoako Ramatlhodi in May, the representation of women in the mining industry had increased to 10.5% by the end of 2014, compared with 6% in 2009, which is higher than the targeted 10% that the DMR set to reach by 2009.

Drawing data from a study she compiled as an ethnographer at a South African platinum mine in 2009, Benya highlighted that amid harsh conditions underground, some of the challenges that women faced included restrictions to nearby accommodation, such as hostels, and sexual harassment.

“These women are either married or still live with their families elsewhere in neighbouring communities. Most of them have to travel about 60 km to the mine and have early shifts that require that they wake up at about 02:00 or 03:00 . . . to be underground by 04:00.”

Those women living with their families still have domestic responsibilities, such as taking care of their households and their children or siblings.

As there is limited light underground, women also often fall victim to sexual harassment. Sometimes they can identify offenders, but most of them cannot see the offenders clearly, making it difficult to identify them, Benya explained.

Mineworker Bernice Motsieloa noted in a July interview with Business Day on women in mining that underground lighting was minimal, as lamps are mounted on hardhats. This resulted in only the path ahead being illuminated and not other mineworkers. Subsequently, other mineworkers are not clearly visible.

In the same article, it was further reported that sexual harassment is common in the mining sector, with some retired mineworkers saying that, in some instances, female mineworkers were under pressure to offer sexual favours to their male colleagues.

“At first, it was not easy being in those kinds of [situations], and I wanted to quit. One has to put up with men who are not used to working with women. Moreover, the job is physically challenging and, as women, we must always show that we can do it,” said Motsieloa.

Owing to this, Wits CALS’s Professor Bonita Meyersfeld, another speaker at the seminar, added that gender discrimination in the mining sector occurred directly and indirectly, which was a concern.

“Although legislative frameworks have done well in pushing the need for more women to form part of the sector, policy has done nothing to address the discrimination that still exists in the occupational culture of the sector, which is unlawful,” she avered.

Meyersfeld pointed out that, in addition to sexual harassment, issues such as work apparel and race continued to play a “very big role” in gender discrimination in South Africa.

This, subsequently, resulted in issues such as gender discrimination materialising because they were overlooked, she stated.

Policy Concerns
According to multinational professional services company PwCs’ ‘Mining for Talent 2014’ report, there are several laws, rules and regulations in South Africa that encourage or require companies to ensure and accelerate the sustainable participation of women in the economy.

Taking into consideration the country’s Broad-Based Black Economic Empowerment Codes of Good Practice, PwC stated that the mining industry was encouraged to have a greater number of persons who were previously disadvantaged serving as board members and in senior management positions.

The report further highlighted that several programmes aimed to support or increase the level of female ownership in companies. For instance, the Gender and Women Empowerment Unit and the Mining Charter aimed to transfer 26% of the ownership of the mining industry to previously disadvantaged individuals – including women – by 2014, which is yet to be achieved.

However, during the Investing in African Mining Indaba earlier this year, Mineral Resources Deputy Minister Godfrey Oliphant stated that mining companies in South Africa were still not doing enough to empower women in the industry. Also, he felt that many companies grudgingly complied with the Employment Equity Act.

Possible Interventions
Rooting for a change in the approach to finding solutions to the challenges that women in the mining sector face, African gender and extractives alliance WoMin project coordinator Samantha Hargreaves pointed out at the Human and Social Dynamics Research Seminar Series that policy that would alleviate gender discrimination for women should be developed from the perspective of the women affected and not from a perspective that favoured government at the expense of these women.

Only after intervention had considered how women in mining in Africa were affected could a model be devised to mitigate the challenges, she stressed.

Meanwhile, UN Women – in a global coalition with Publish What You Pay (PWYP) – launched a worldwide toolkit in November called Extracting Equality – A guide, which examines how to approach the issue of gender in the mining sector. Compiled by PWYP and UN Women, along with gender experts and experts in the mining industry globally, UN Women believes the guide is the first to combine gender with good governance to ensure gender equality within the sector.

UN Women explained that the toolkit examined all 12 steps of the mining value chain, from establishing the extent of a country’s natural resources to assessing the ways in which a project should be dismantled. It also offered a clear picture of the specific issues to take into consideration to ensure women were not excluded from natural-resource governance. For example, the toolkit encouraged asking questions such as whether women were being consulted about the impact of mining and whether women and men are being trained in contract monitoring.

Although UN Women is of the view that the mining sector has the potential to drive immense economic and social development in a country, it remains important to consider how men and women are affected in the sector.

“If mining projects are not inclusive and sustainable – including employment practices that are gender sensitive and community investments that impact positively on gender equality and women’s empowerment – there are real risks to social stability, inclusive growth and development, and even security,” said UN Women executive director Phumzile Mlambo-Ngcuka at the launch.